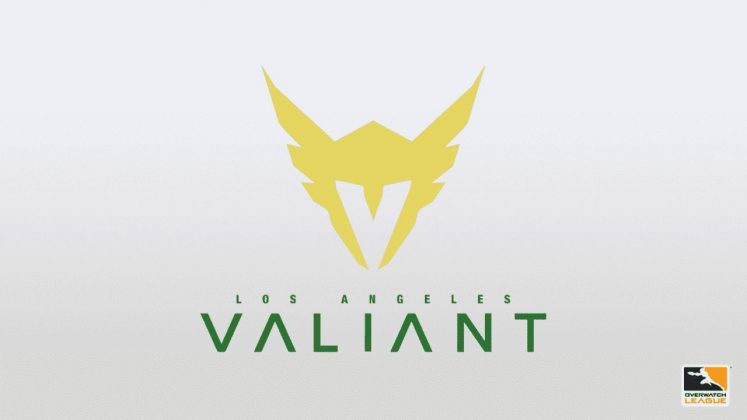 Next up on our OWL pre-season power rankings are the Los Angeles Valiant. The Valiant reached the semifinals in OWL Season 1, only losing to the Grand Champion London Spitfire. Despite this excellent performance and their 3-4th place in the League, the Los Angeles Valiant lost some key members. Star DPS player Terence “SoOn” Tarlier and coach Julien “daemoN” Ducros, both have joined the Paris Eternal. This loss is a blow to their DPS lineup, but the Valiant still have one of the best tank duos in the League and a solid overall roster.

The coaching staff of Los Angeles Valiant is quite unique: their head coach, Byung-chul “MBC” Moon, only speaks Korean, despite coaching on a multilingual team. To help with the communication between players, Andrew “Korean Mulan” Kim acts as a translator for the non-Korea members of the team. The Los Angeles Valiant published several YouTube videos about this situation, giving an insider look into how they cross this language barrier.

Brady "Agilities" Girardi is in the Los Angeles Valiant roster for the second year in a row. This projectile DPS player, mainly known for his Genji and Pharah plays, is a valuable asset for the Valiant. He also played for Team Canada in the 2017 and 2018 World Cup, helping the team reach second and third place finishes. Agilities is a flexible player, able to play on Roadhog or Lucio if necessary.

Joon-hyuk "Bunny" Chae is the second starting DPS player for the Los Angeles Valiant. Formerly of Seoul Dynasty, Bunny was primarily known for his Tracer plays before switching to Widowmaker in Stage 4. He was benched most of Season 1 due to SoOn outplaying him, but will now get his chance to prove himself on the main stage.

Kyle "KSF" Frandanisa joined the Los Angeles Valiant last April. He didn’t get much playtime in Season 1, because of the SoOn-Agilities duos great performances. KSF mostly plays as Genji and McCree, which will probably make him the DPS substitute player for the Valiant. Hopefully, KSF will have more time on stage than last year.

Pan-seung "Fate" Koo is the main tank player for the Los Angeles Valiant. He is regarded as one of the best tank players in the League, with impressive plays on Reinhardt and leading dives as Winston. Fate also contributed to the victory of Team South Korea in the 2018 World Cup.

Indy “Space” Halpern is the second half of the tank duo for Los Angeles. He is an expert D.Va, considered one the best in the League, only rivaled by Tae-hong "MekO" Kim from New York Excelsior. Fate and Space have experience playing together and should form the starting tank duo for the Los Angeles Valiant once again.

To complete the tank line, the Los Angeles Valiant welcomes Dae-Kuk “KuKi” Kim, a former member of Seoul Dynasty. He is a main tank, playing mostly Reinhardt, Winston, and Orisa. While he will probably not replace Fate in the starting roster, he is a reliable substitute for the team.

Scott “Custa” Kennedy is the main support player and team captain. He joined the Valiant midseason as a trade from the Dallas Fuel and had an immediate impact on the team. Besides his mechanical skills with heroes such as Mercy, Ana, Lucio or Moira, Custa is also a great shot-caller and was vital to the Valiant's midseason improvement. He will likely be a staple in the roster for the whole season.

Min-chul "IZaYaKI" Kim joined the Los Angeles Valiant in the middle of Season 1 but wasn’t able to play on stage due to visa issues. His hero pool includes Zenyatta and Ana, complementing Custa’s favorite picks. While he was often benched due to KariV taking the flex support spot, recent changes in the DPS roster may give him a chance to start.

The last player on the roster could be playing either as support or DPS: Young-seo "KariV" Park. KariV excels with his aim, allowing him to perform on support heroes such as Ana or Zenyatta, as well as hitscan DPS heroes like Soldier: 76 or even Widowmaker. With the departure of star hitscan player SoOn, KariV may pick hitscan heroes more often in this season than the last.

Be sure to follow us on Twitter to get notified right when #5 is announced. Also, be sure to check out our new YouTube channel, featuring Overwatch League analysis, coaching and more. 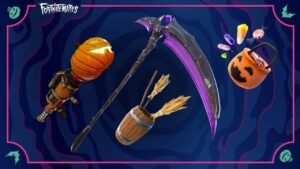 Fortnite: How To Get The Sideways Scythe In Season 8 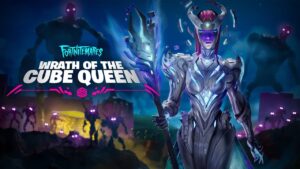