Coming in at 9th in ESTNN’s power rankings are one of the original 12 OWL teams, the San Francisco Shock. Owned by NRG Esports, the Shock finished 9th in OWL’s Inaugural Season. With significant mid-season changes and new additions prior to Season 2, the San Francisco Shock want to prove to their fans that they can reach the final stages of the 2019 competition.

San Francisco Shock’s DPS lineup is one of the largest of all OWL teams. With at least five players filling in the damage dealing roles, San Francisco has the flexibility to combine hero pools and strategies to take advantage of any situation. Andrej "babybay" Francisty, Jay "sinatraa" Won, and Min-ho "Architect" Park remain with the Shock after the inaugural season. Sinatraa and Architect both played only half of the first season, and while sinatraa played quite inconsistently and had to secure his position this year, Architect proved his worth as one of the most flexible DPS players in the League. 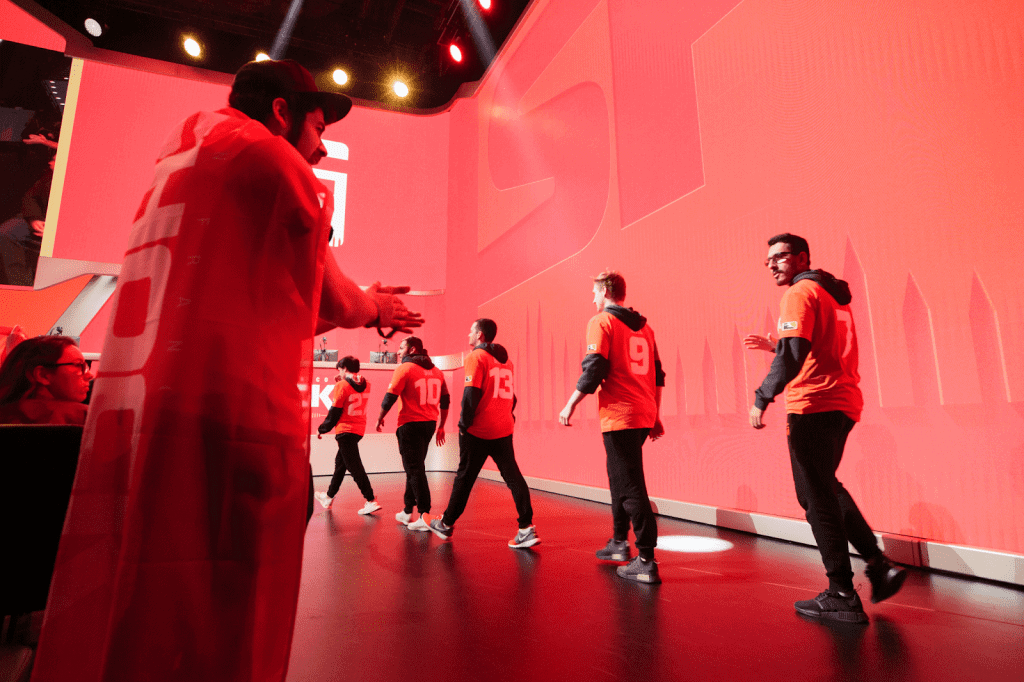 Joining the ranks of the DPS are two experienced players from the OWL Inaugural Season: Dong-Jun “Rascal” Kim and Nam-joo “STRIKER” Kwon. Rascal played parts of the first season with the London Spitfire and Dallas Fuel. He lasted two months with the Spitfire and three months with Dallas. The Shock hope his time with the team will last longer than that from his previous teams, and they will rely on him to bring his A-game with Pharah, Sombra, or Mei. STRIKER is transferring from the Boston Uprising, where he excelled as Tracer. In addition to his great mechanical abilities, STRIKER knows San Francisco’s head coach Da-Hee “Crusty” Park well from their time together in Boston.

Similar to their DPS roster, the tank line of San Francisco Shock will also see many turnovers. Four players will compete to join the starting 7. Acquired in a trade that sent Dante "Danteh" Cruz to the Houston Outlaws, Myeong-Hwan “Smurf” Yoo takes the main tank role for San Francisco. Before joining the Shock, Smurf played for Ardeont and Houston Outlaws’ academy team GGEA, making impressive Winston plays for both teams. He shares the main tank role with Matthew “Super” Delisi, who was inconsistent throughout his time with the San Francisco Shock last year. Andreas “Nevix” Karlsson and Hyo-bin “ChoiHyoBin” Choi fill in as off tanks for the Shock. Both players are good with D.Va. however their places on the team are yet to be determined.

San Francisco’s support roles are filled by some of the best players from NA and Korea. Grant “moth” Espe, 2018 USA World Cup team member and former member of Toronto Esports, fills the main support position. Min-ki "Viol2t" Park joins as flex support, mainly playing Ana and Zenyatta. Seeing great results in Overwatch Contenders: Korea with his former team O2 Blast, Viol2t is one of the most anticipated flex healers for the upcoming season. Nikola "sleepy" Andrews completes the team with his good abilities and consistency with Zenyatta.

San Francisco Shock signed a total of 12 players for the OWL Season 2. This deep lineup gives San Francisco an opportunity to utilize creative strategies and hero combinations. On the other hand, some players may not find playing time as many roles overlap. The team’s synergy will be the biggest challenge for the Shock this season, and head coach Da-Hee “Crusty” Park will try to lead his team to an improved finish in Season 2.

Be sure to follow us on Twitter to get notified right when #8 is announced. Also, be sure to check out our new YouTube channel, featuring Overwatch League analysis, coaching and more.