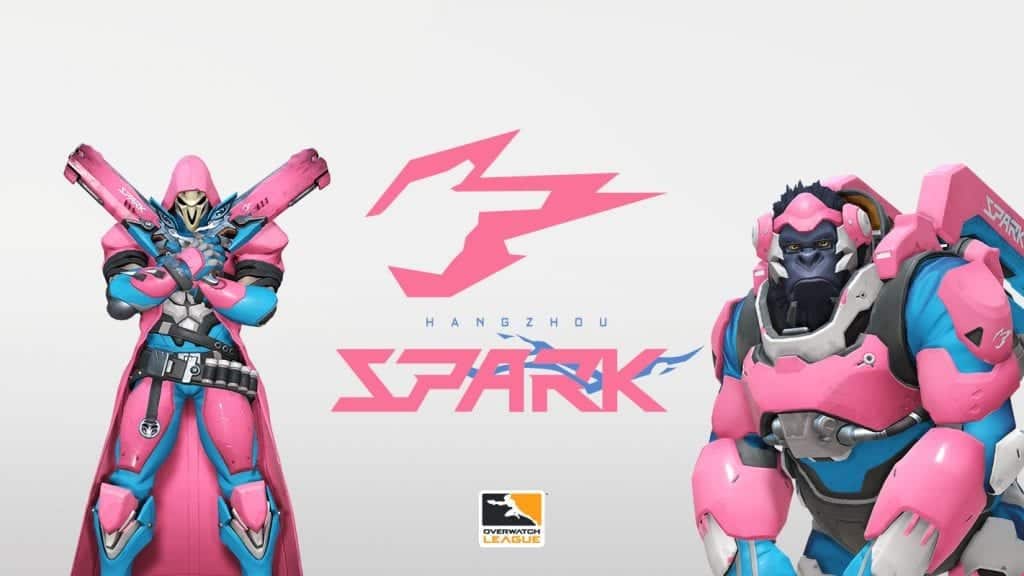 As we continue the countdown of Overwatch League teams in Season 2, coming in at #15 is the Hangzhou Spark. With no players on the Hangzhou team having any experience in the Overwatch League, this team will have a lot to prove as the season begins. This new team has signed players from several different notable teams, including X6 Gaming and Seven, as well as a couple of others. Let’s take a look at this Chinese based team’s roster more closely.

Hangzhou’s DPS lineup will consist of four players. Coming from the Contenders team Seven are Korean players Adora and Bazzi. Adora also played on teams including Foxes and Nc Wolves as well as Seven, notable for playing Tracer and Hanzo. Bazzi only has a history with Seven, playing heroes including Widowmaker, Tracer, and McCree. Both of these players put up relatively lackluster performances with Seven in the latter half of 2018, although they did have some strong showings before that. In addition to these two players, the Spark has signed GodsB from X6 Gaming, who had a strong first-place finish in Contenders Korea Season 1 against O2 Ardeont in the finals. GodsB is known for his strong play on heroes including McCree, Widowmaker, Genji, and Tracer. The fourth DPS player for Hangzhou is Krystal, one of two Chinese players in total on this roster. Krystal has a flexible hero pool with notable choices being Genji, McCree, Tracer, and Hanzo. Krystal had a strong showing in the Overwatch World Cup in 2018 on the Chinese team, where they finished in second place behind the Korean team. Overall, the DPS lineup for Hangzhou looks relatively stable, despite a seemingly overlapping hero pool among them. If the meta in Season 2 of the Overwatch League consists of more GOATS-style compositions, it will be interesting to see how these players fit into this style of play.

As for the Tank players on the Spark, three players have been signed. Guxue and NoSmite will fill the main tank role, with Ria as the only off tank for now. Guxue is the only other Chinese player on Hangzhou, who also played alongside Krystal on the Chinese Overwatch World Cup team and had a solid showing. Guxue notably plays Reinhardt and Winston. NoSmite comes to the Spark from X6 Gaming, also playing Reinhardt and Winston. NoSmite was on the X6 roster alongside many others from the Hangzhou roster when they won Korean Overwatch Contenders 2018 Season 1. Despite that strong showing later in 2018 X6 finished tied for 5th in Season 2. The final tank player on this roster is Ria, who also played on X6, notable for his strong Dva play. From the footage we have seen of these players, there is reason to believe they do not have an extraordinary amount of depth with their tank roster, which could come back to hurt them when the Overwatch League resumes.

Rounding out the Hangzhou Spark are the three support players, iDK, Revenge, and Bebe. iDK played on Lucky Future Zenith, who had very strong showings with iDK playing Lucio and Mercy. Revenge played for Seven alongside Adora and Bazzi, mostly as Zenyatta and Ana. Bebe played on X6, primarily as Zenyatta, Ana, Moira, and even some Roadhog. All of these support players seem to be strong with their chosen heroes, and with solid coverage of most of the support heroes they should help the rest of the team out nicely.

In general, the Hangzhou Spark is filled with relatively strong players on their own but brought together from several different teams and some even speaking different languages, it may be difficult for them to compete against some of the veteran Overwatch League teams. With absolutely no players having any formal Overwatch League experience and bringing together players from a few different teams, it may be difficult for Hangzhou to come together and synergize well with the hero pools that we’ve seen. This new team has quite a bit to prove as the start of Season 2 approaches, but their strong players may surprise us all. The Hangzhou Spark will make their Overwatch League debut on February 14th against the Shanghai Dragons.

Be sure to follow us on Twitter to get notified right when #14 is available. Also, be sure to check out our new YouTube channel, featuring Overwatch League analysis, coaching and more.