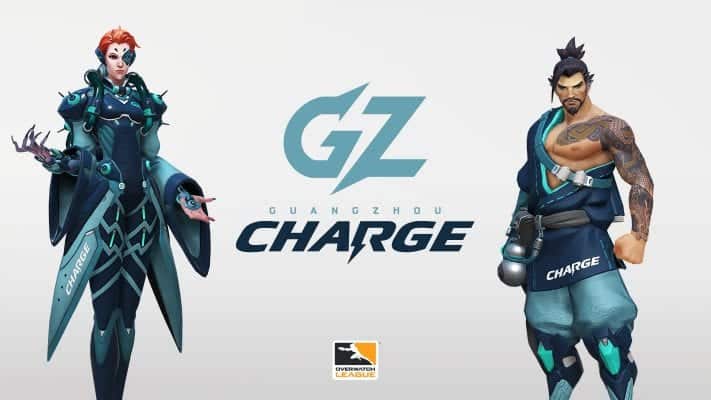 The Guangzhou Charge, our final newcomer Chinese team to the Overwatch League, takes the #14 spot on our countdown to Season 2. The Charge is owned by the Nenking Group, a well known financial and entertainment group based in China. The team lineup consists of many new faces to the league, along with one returning player. Guangzhou will play their first match of the season against their fellow new Chinese team, the Chengdu Hunters on February 15th. Let’s take a closer look at the full roster of the Guangzhou Charge.

Guangzhou has signed four DPS players to their roster, with quite varied nationalities of players. Eileen formerly played on LGD gaming, a Chinese based Contenders team. Eileen specializes in heroes including Genji, Doomfist, and Sombra, but also has shown strong play on Brigitte in the Charge’s showmatch versus the Seoul Dynasty at the very end of 2018. Playing alongside Eileen in this match was Happy, a Korean DPS who used to play on Meta Bellum and Element Mystic before joining Guangzhou. Happy flexed onto Zarya for their match against Seoul and played very well, but is also known for playing Widowmaker and McCree. This flexibility with Zarya helps add to the depth of the Charge’s roster, considering they only have two tank players explicitly defined. Next is Kyb, a British player specializing in Genji, Roadhog, Brigitte, and Sombra. Kyb played on several different teams before joining Guangzhou, with British Hurricane being the most recent. Kyb also played on the UK World Cup team in 2018, where they placed a very respectable 4th place. And last but not least for the DPS is Nero, an American Genji, and Pharah player. Nero played on, but unfortunately will not be of age to play in the league until late May. For the time being, the effective DPS roster will consist of Eileen, Happy, and Kyb.

The Charge opted to only have two dedicated tank players on their full roster, Rio and Hotba. Rio is a Korean main tank who played on Meta Bellum with several other players on this roster, as well as Afreeca Freecs Red and Meta Athena prior. Hotba is the only player on Guangzhou to have played in the Overwatch League prior to season 2, having come onto the Philadelphia Fusion halfway through season 1. Hotba was a strong off tank, most notable for his D.Va play alongside Sado. Hotba was also able to flex onto Zarya and Tracer, which helps to keep the team flexible as a whole. These two combined with additional tank heroes from Happy could allow the Charge to have a relatively strong tank line.

The support roster for Guangzhou consists of four players. The team captain for the Charge is Chara, a Korean Lucio player who also plays Ana and Moira. Chara played on the Meta Bellum roster, and during the showmatch against Seoul played Lucio in their GOATS composition. We also saw play from both Shu and Rise in the showmatch, each playing Zenyatta. Shu used to play on Toronto Esports and Meta Athena and is also known to have played Ana and Widowmaker in the past. Rise played on Meta Bellum for a short while. However, we may not see much of Rise this season as he does not turn 18 until late April and thus will be ineligible to play until then. The final support player is OnlyWish, a Chinese Mercy main who formerly played on LGD. Since OnlyWish did not play during the showmatch, we know very little of how he would fit into the team.

In general, Guangzhou seems to have a decent roster of pretty strong players coming from respectable backgrounds. From what we have seen at the showmatch this past December against Seoul, the Charge seems to be able to fit their team lineup with the current meta quite effectively. However, with only two dedicated tank players and a couple of members unable to play until later in the season, Guangzhou may have a difficult time adapting to what the meta demands. But we will only know when we get to see them play their first full match in the league next month.

Be sure to follow us on Twitter to get notified right when #13 is available. Also, be sure to check out our new YouTube channel, featuring Overwatch League analysis, coaching and more. 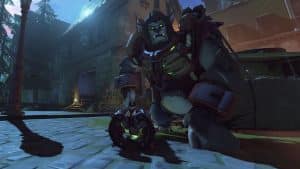 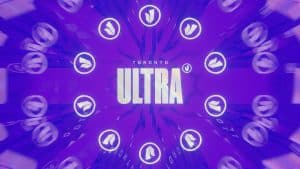