With so much still up for grabs and each team set to play three times each anything could happen. With the top four all to play for, and two spots in playoffs being fought over by four sides. It was set up to be a fascinating weekend of LoL action. Day one alone could see playoffs locked in, with Vitality and Excel having their fates in their own hands. 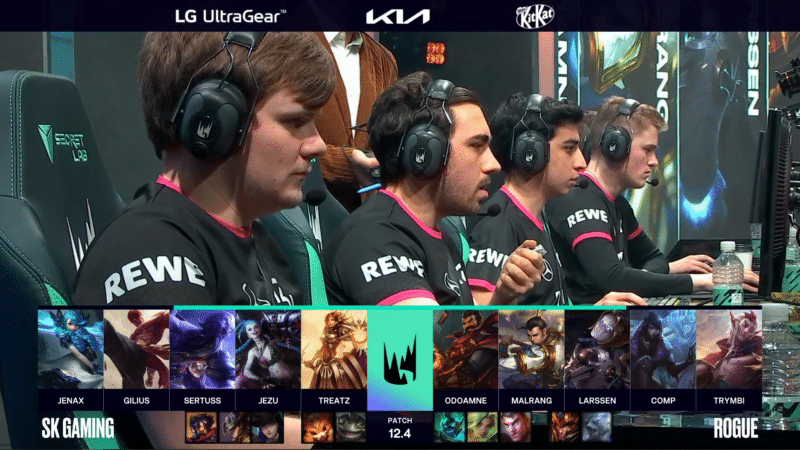 First blood was secured by SK in this make-or-break series in their playoff quest. While it was a quiet first 10-minutes, SK came out firing quickly into the mid-game, securing a 1k lead. It seemed like the flood-gates had opened. Within the next three minutes, we saw five more kills picked up, with the gold dead even. While the kills dried up, Rogue had moved ahead with a 2k lead. In the blink of an eye, and the claiming of a Baron, SK had moved back into a gold lead. SK claimed a team-fight victory next up, just as a second Baron was spawning. While Baron had warn off, SK were able to crack the Rogue base regardless. The victory keeps SK's playoff hopes alive, while it opens up Rogue to lose their top spot. 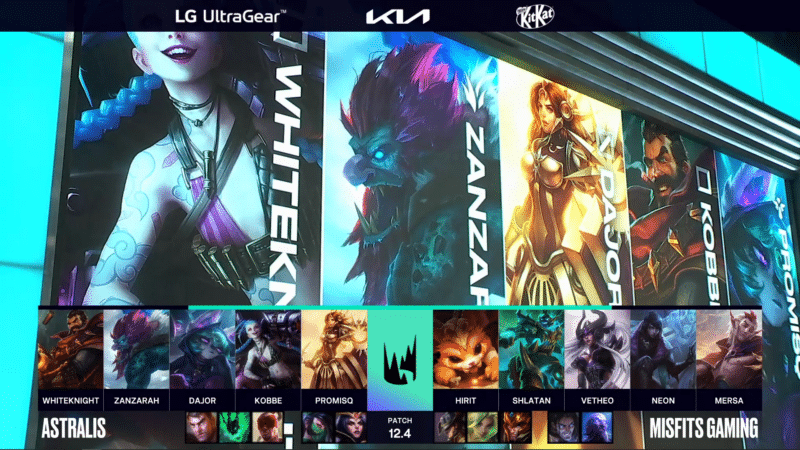 First blood is secured by Misfits. Misfits were able to turn that into two more kills as they secured a huge 3k lead by 10-minutes. By 16-minutes, Misfits had moved to 5k ahead as they continued to dominate across the map ahead of the Baron buff. Astralis finally got a decent fight, picking up two shut-downs in the process. Baron was finally up, and of course, Astralis claimed it. Misfits saw their lead drop to just 1k as Astralis tried to pull off the upset. They were able to claim the next Baron, as they found themselves back at the 6k lead they had earlier. Misfits once again won a team fight, while they couldn't gain much with Baron having fallen off.
By the 40-minute mark, Misfits found a fight, took a Soul Drake and a Baron. Astralis desperately tried to stay in the game but with so many buffs to play with Misfits couldn't be stopped. Misfits was able to avoid the shock loss as they move closer to first place.
Teams: Astralis - Misfits
Time: 41:37
Kills: 15-23
Turrets: 4-11
Gold: 70.7k - 80.9k
Dragons: 2-4
Barons: 1-2 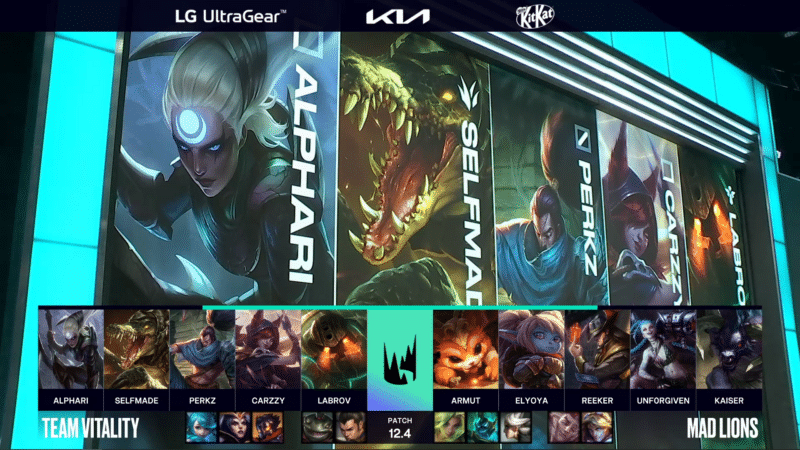 First blood secured by Vitality in the top-lane. A crazy fight broke out slightly later as MAD woke up and picked up three kills. With MAD needing to win the match, they came alive in the mid-lane. Pushing ahead to a slight 1k lead. MAD continued to stay ahead, picking up a Baron as their LEC hopes hung in the balance. They took one inhibitor with Baron, while moving to Soul Point. By the 30-minute mark, MAD had a 6k lead with the Soul Drake spawning next they had a win condition to fight for. MAD took down three members of Vitality, while they opted not to end, they did secure the Baron and reset. Baron is enough for MAD to secure the win as they keep their playoff dream alive. As for Vitality, it's still in their hands but they now had one fewer game to secure it. 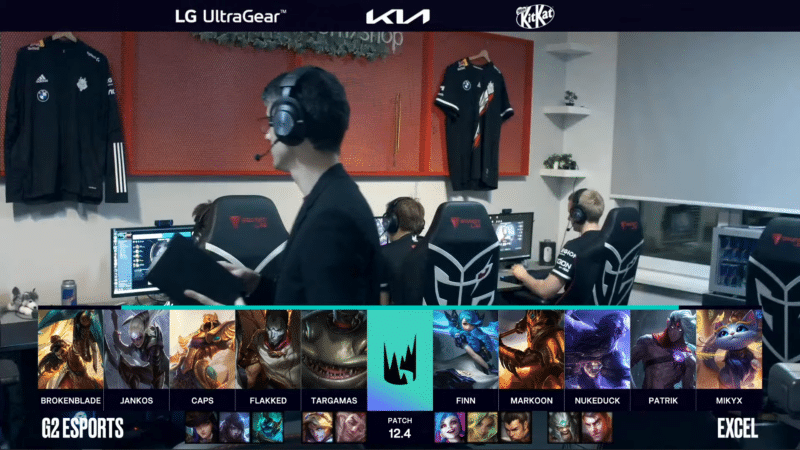 G2 picked up the first blood in a defining game in both theirs, and Excel's split. Excel almost looked like they'd found a play on the 12-minute mark. However, G2 remained in the lead as they extended their lead to 3k. G2 continued to dominate across the map despite Excel's best efforts. While Excel won a previous fight, G2 was not about to let the Baron go over to them. G2 secure the fight win and claim a Baron. G2 is simply too strong for Excel as they move closer to Rogue at the top of the LEC. As for Excel they will have to wait at least another day before they secure playoffs.
Teams: G2 - Excel
Time: 26:37
Kills: 18-6
Turrets: 9-2
Gold: 54.2k - 41.1k
Dragons: 1-2
Barons: 1-0 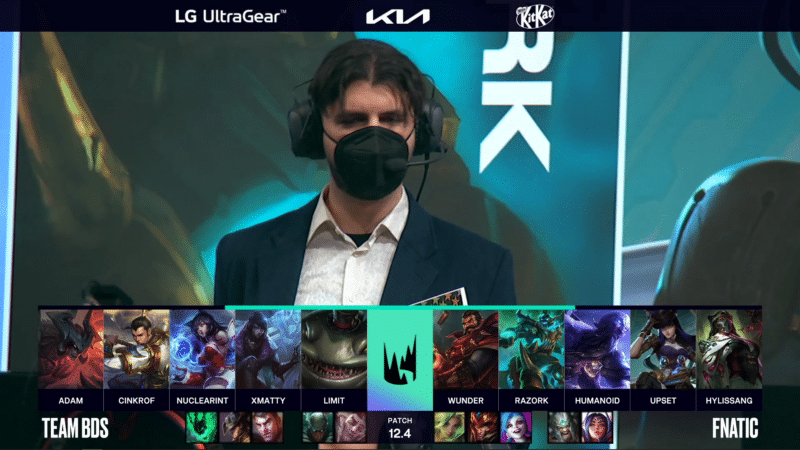 BDS picked up the first blood, as a two-v-one top-lane dive nets them a kill. Despite the early lead, Fnatic managed to fight back into the game, securing a 1k lead by the 9-minute mark. Fnatic was able to extend that lead to 3.5k a few minutes later. They forced a fight at the third drake, and this finally looked like a game-winning moment. Fnatic secured the objective along with four members of BDS. They were able to secure Baron shortly after. With Baron, Fnatic couldn't be stopped, as BDS fell by the wayside and Fnatic secured the win.