With the playoffs in sight, it's time for teams to make their mark on the Spring Split.

Rogue had a week to forget in week five. They'll need to refocus and get some more wins on the board, with G2 and Fnatic just one victory behind them. Playoffs spots are starting to heat up, with Misfits sitting in fourth with Excel one win behind them in fifth. The battle for the sixth spot is where most people's attention will turn, with MAD and Vitality both desperate to qualify. Check out Day One's recap. 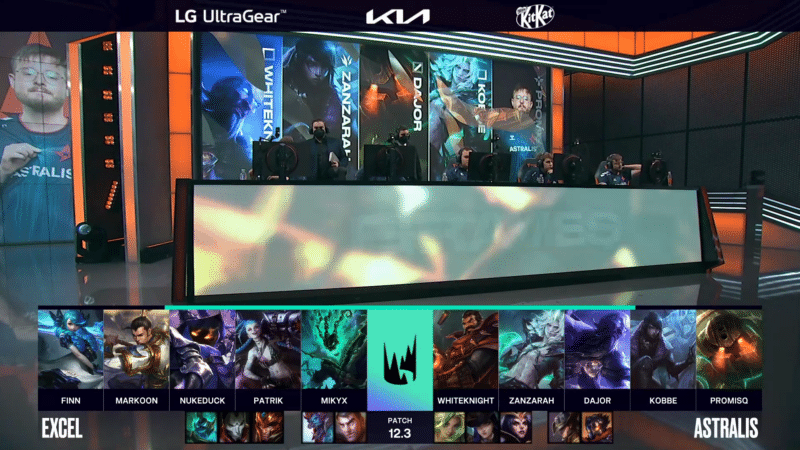 First blood to Astralis as they attempt to pull off a 2-0 week. It's short-lived, however, with Excel picking up a kill back moments later. It's disastrous for Astralis, having dropped another three kills shortly after securing the first blood. Astralis did manage to make things work for them eventually, as they picked up the first turret and two kills bot-side. Excel moved into the lead once again after claiming a Drake and a kill, though just 500g separated the sides. Astralis once again won a team fight as they closed the gold lead. Like clockwork, Astralis throw the next play, handing two kills over to Excel alongside the Baron. By the 35th-minute, Excel had taken a 4k lead thanks to Baron, with a potential Soul Drake spawning in two minutes. Excel claimed the Soul Drake and four members of Astralis as they secured the win. The loss means Astralis' unlikely playoff push is all but over. 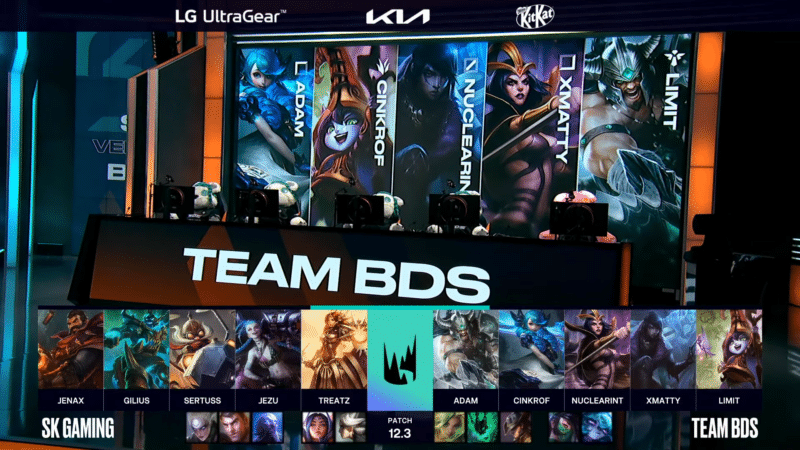 Big first blood goes the way of SK in the battle for playoffs. An even and quiet first 15-minutes, with both teams clearly knowing defeat could spell the end of their late playoff runs. Not much else happened in the following 5-minutes, though BDS had managed to claim three Drakes, giving them an early advantage. WE finally got another team fight, but it was a one-for-one trade, though, with the fourth Drake spawning, BDS looked to take it. SK was forced out of the fight as BDS claimed an easy Soul Drake. At the 31-minute mark, the gold had returned to an even footing, as Baron and Elder Drake became the focus. SK quickly went into overdrive with Elder spawning, taking down four members of BDS, losing no members in return. They claimed the elder and used that to claim a Baron. By the 35th-minute, the gold was 4k in favor of SK as they looked to end.

SK pushed into the BDS base, but despite having both Elder and Baron, they failed to end as BDS struck back. It's a wild end to the game, SK once again pushed for the BDS base, and with just two members left hitting the Nexus, they managed to take it. SK move to six wins, as they keep their playoff dream alive. 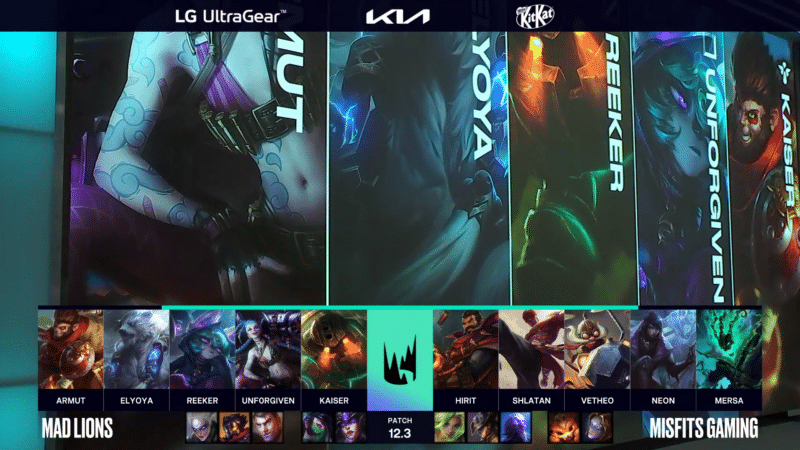 It's a disaster bot-lane dive for Misfits as they thought they had enough but ended up losing three members. It gave MAD an early 1.5k lead as Misfits give themselves a mountain to climb. MAD pick up two more kills on the bot side as Misfits fell even further behind. They continued to dominate the early game, taking a 3.5k lead into the 15-minute mark. MAD fumble their first team fight, gifting a kill and a Drake to Misfits as the gold is neutralized. MAD tried to force a Baron unsuccessfully, though they turned on Misfits to claim three kills. Misfits claimed a massive Infernal Soul as they make a play for the Baron. It's claimed for free with MAD unable to stop it, Misfits picked off one member as they pushed down the mid-lane. Misfits complete the comeback as they claimed victory and move into second place in the LEC. 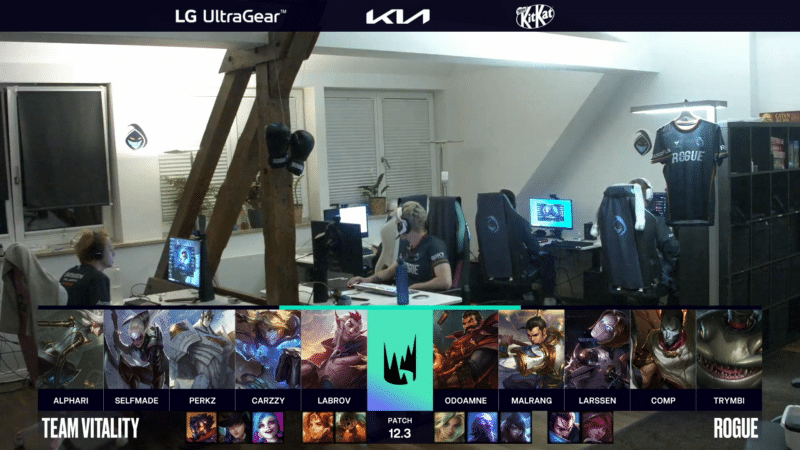 First blood is secured by Vitality as they take a huge step towards playoffs. Rogue managed to get on the board as the gold lead was evened out. It's a fairly slow march by Rogue into the mid-game, but a quick double kill and Rogue found a way to secure the Baron. Rogue, however, threw away the Baron on two members, as they failed to get much use out of the Buff. Rogue held onto their slight lead but it remained close. Baron was the next objective once again, and Rogue came out on top. They ignored the Baron and tried to force the win with Vitality members still dead. Rogue secure the win and guarantee their spot in the playoffs. 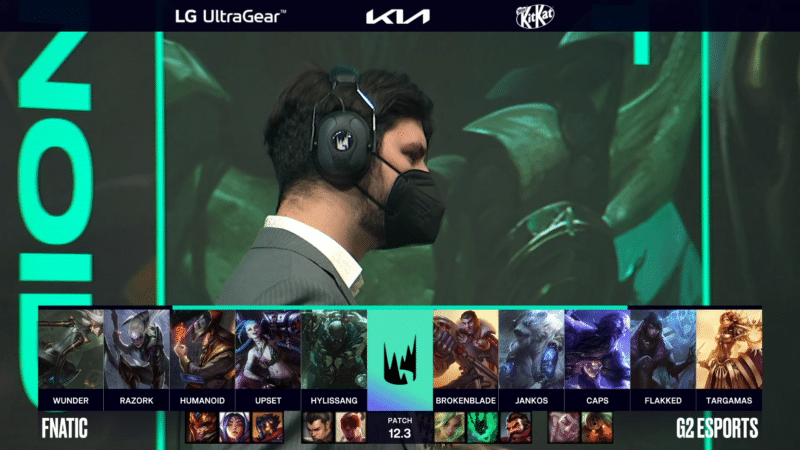 First blood is secured for G2, as they look to secure their spot in second place. After claiming their first kill and the first Drake, Fnatic moved into a slight lead at the 10-minute mark. Fnatic continued to snowball to a 3k lead, with G2 unable to answer their map pressure. G2 make a huge mistake, as they looked to secure a Drake Fnatic were able to knock down a mid-tier one tower, and two members of G2. Fnatic continued to increase their lead, moving to 7k ahead at the 24-minute mark. With the game hanging in the balance, we see possibly the messiest fight of the Split. Fnatic somehow came away with a 4-for-2 advantage as they secured the Cloud Soul. They were able to secure a Baron as they moved to 10k ahead as G2 looked out of ideas.

Fnatic was able to secure the game off the back of a play in the mid-lane. The victory moves Fnatic back into second, while G2 slips to the fourth spot.