The LEC action keeps on going in week Five. With just Rogue left unbeaten as we head into the second round-robin, can they be stopped?

We've had four great weeks of LEC action. With Rogue now striding ahead at the top of the table. Fnatic and G2 Esports have taken hold of joint-second. It's a the-way tie for 4th, with MAD, Misfits and Vitality occupying the space. At the bottom, Astralis are still yet to pick up a victory as they continue to struggle. 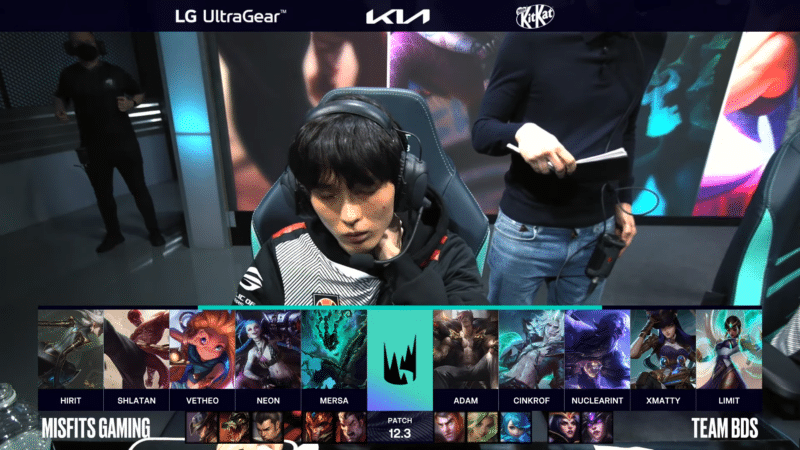 In the mid-table battle, it’s BDS that came out on top early. Picking up a first blood double kill in the bot side of the map as BDS looked to close the gap on Misfits. At 15-minute, BDS was slightly ahead, with just 1k separating the two sides. Moments later, in what might be the longest single fight of the Spring Split, the gold and kills are brought even as BDS and Misfits go blow-for-blow in the mid lane. As the game moves deeper into the mid-game, Misfits became to take control as BDS looked out of ideas. Misfits were able to pick up a Baron as they looked to close out this game. BDS had no answer for the Baron push as Misfits clawed their way back to secure victory. 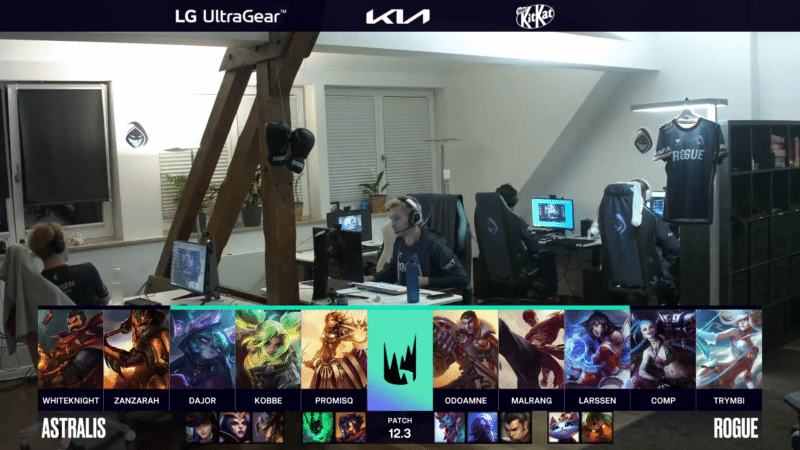 There are shock matches and there are shock matches. Astralis picked up a big first blood, pairing it off with a second kill. Astralis would continue to cause issues for rogue in the mid-lane, however, in this instance, it was traded back. By the 15-minute mark, Astralis had continued to get kills across the map, though they only had a 1k lead. 10 minutes later, it was still all the same. Astralis stayed 1k ahead while maintaining a large kills lead. Moments later, Astralis won a big team fight and it opened the game up for them.

Slowly pushing into the Rogue base, Astralis had a chokehold on the match. Baron was taken freely, despite Rogue posturing around the pit. Rogue desperately tried to defend but Astralis were too far ahead. They secured the series in the most LEC match ever. The unbeaten record and the winless record are broken in the same game. 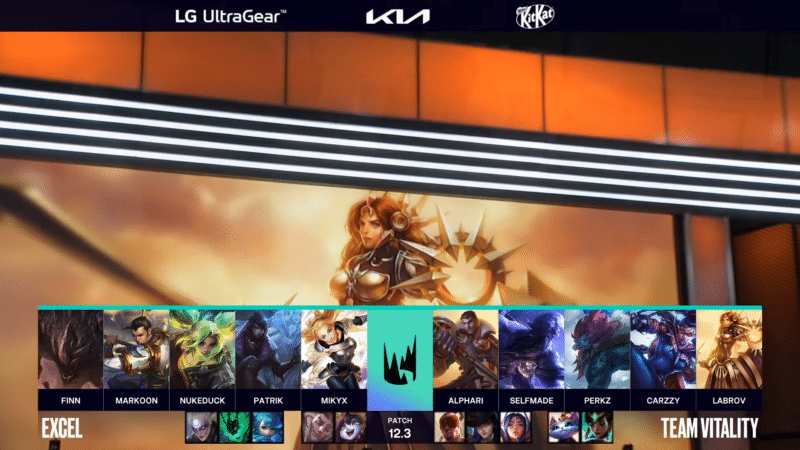 It’s a first blood double for Vitality as they got off to a perfect start. Though, just a few minutes later, Excel was able to get s]onto the map. They picked up two kills in the bot-lane, moving them into a slight gold lead. Excel would maintain their lead, always managing to trade back a kill if they gave one over. With Baron on the Rift, Excel looked to force a play with the Vitality jungles out of the fight. Excel turned and killed two members of Vitality, who secure an easy Baron shortly after. The Baron gives them a 6k lead and that’s about it for now. At 25-minutes on the clock, Vitality look to be bleeding out.

It’s a potential game-winning series of plays on the side of Excel, as they picked off Perkz before a fight started. The 5v5 fight saw Excel win the fight 4-for-3 as Excel moved to 7k ahead. Excel secure another major fight victory, which once again resulted in a Baron being secured. This time the Baron is enough for Excel to secure a win as they pick up a huge user victory. 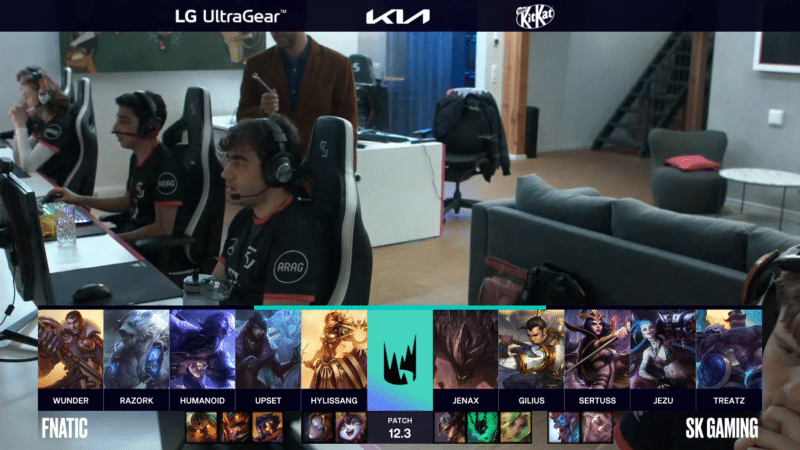 It’s a massive three kills for Fnatic at the start of the game. A four-man dive at level 3 pays off, as SK was unable to get anything back in return. It’s another play in the bot side for Fnatic and another two kills taken with none traded over. Fnatic moved to a 2.5k lead at just 9-minutes. With no major objectives in play, Fnatic looked to starve SK of gold. It saw Fnatic move 5k ahead as they awaited the 20-minute mark. SK made a desperate attempt to turn the game, catching out the entire Fnatic roster in the jungle. Sadly for SK, they couldn’t get through the Fnatic HP bars, as they’re aced. Fnatic picked up the Baron as they looked to end. SK can’t hold onto their base as Fnatic picked up the win 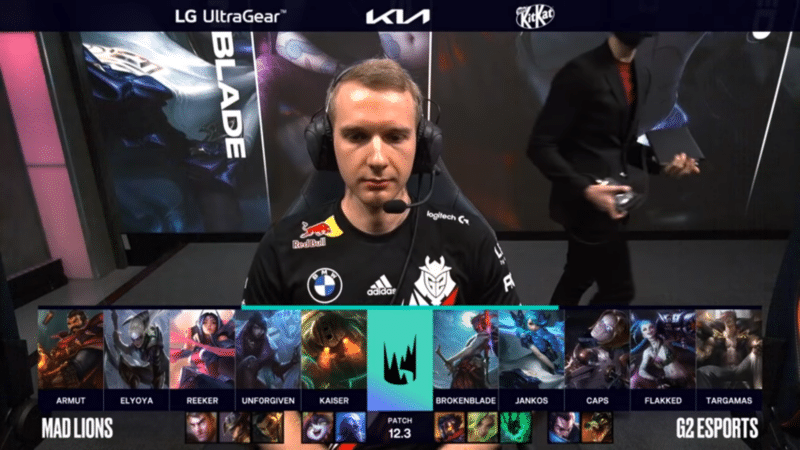 First blood in the Game of the Week went to MAD as they caught out G2 in the top side jungle. G2 gets back on the board with a double kill in the jungle, losing just one kill back in return. It’s a slow mid-game but G2 won a huge fight around the Baron. They wipe out MAD and secured a Baron, MAD managed to pick up a Drake. G2 was able to secure two inhibitors off the back of it and a 5.5k gold lead. MAD forced a fight but couldn’t secure the win. G2 took the victory as they keep up the pressure on Fnatic and Rogue.