One more major esports organization is betting on the future of Valorant. Gen. G Esports, owner of Seoul Dynasty on Overwatch, introduced their Valorant lineup. This esports organization based in South Korea is already present on main esports titles. Besides owning Seoul Dynasty on Overwatch, the team is home to several teams, including an all-female Fortnite team, the only non-North American slot in the NBA 2K League, a roster on PlayerUnknown's Battlegrounds as well as successful Counter-Strike: Global Offensive and League of Legends teams.

On April 19, Gen.G Esports announced on Twitter than the organization was about to launch a team on Valorant. Almost two weeks later, Gen. G Esports found the five players to represent the organization on Valorant. All players have professional background on Counter-Strike: Global Offensive and prove their conversion to Valorant was a success by winning online tournaments.

Joining the Valorant ranks of Gen. G Esports are:

Gen. G acquired the entire organization-less team French Canadians. The players met on Counter-Strike: Global Offensive, as they were playing together in team LiViD, and then District 7. Together, they played in CS:GO B Tier, placing second in both the WESG 2019 North America the DreamHack Canadian Championship 2019. 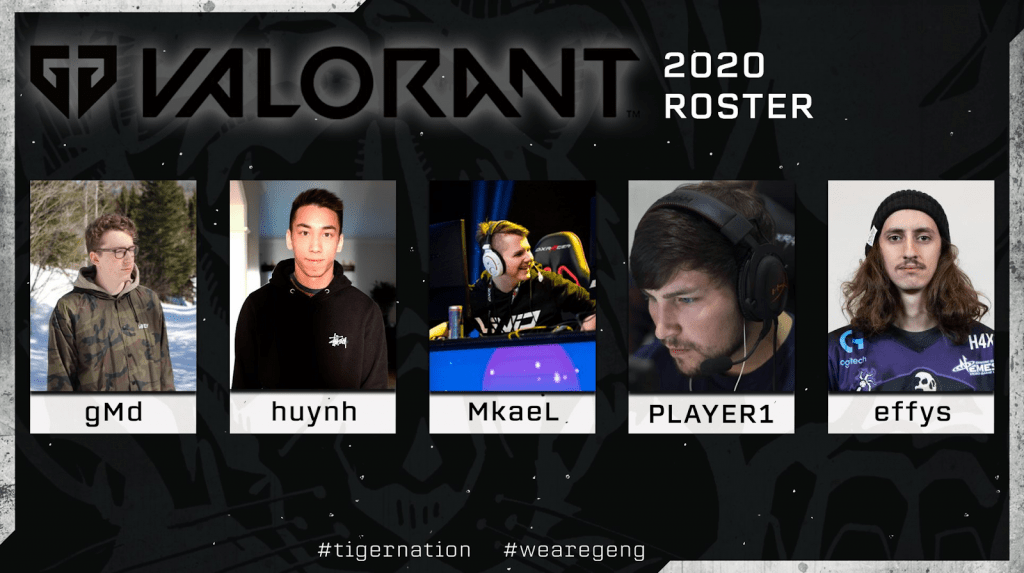 On Valorant, the French Canadians won the second edition of the Nerd Street Gamers and came in 5-6th place in the Fragadelphia Social Distancing Open. Now signed as Gen. G Valorant team, the players are competing in the T1 Invitational, the biggest Valorant tournament to date.