LEC Week 4 is upon us after a week-long break. The Summer Split table is already starting to take shape as we move ever closer to playoffs. 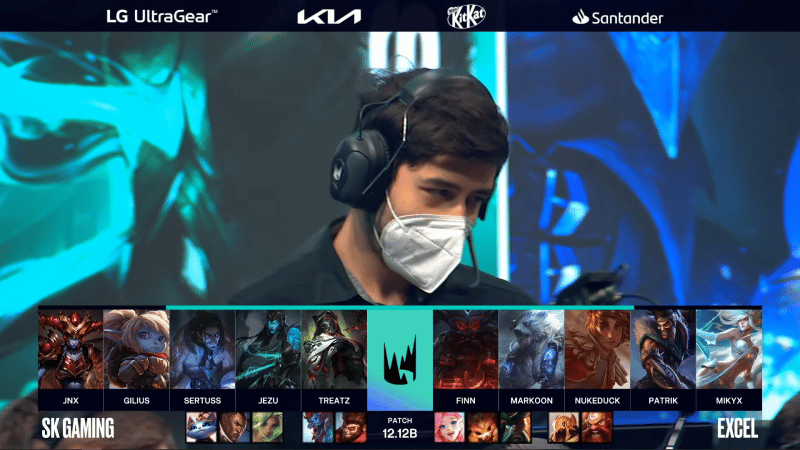 XL will be keen to forget about their loss yesterday after they had an 11k lead at one point in the game. As for SK, they beat G2 yesterday, so they'll be looking to build on that. It was first blood for XL, as they found the early lead. By the 15-minute mark, SK had moved 1k ahead, while XL had moved to secure the Cloud Soul. As Baron spawned, the lead remained 1k in favor of SK, however, it was too close to call at this point. SK picked up two kills in the mid-lane before securing Baron at the 25-minute mark as they look to push XL in. SK secured one inhibitor with Baron as they moved to a 7k lead and look like a new team after the break. It was a second Baron for SK, as XL would need a miracle to overturn the gold deficit. XL tried to defend but SK came to the party as SK went 2-0 for the first time in the Summer Split. 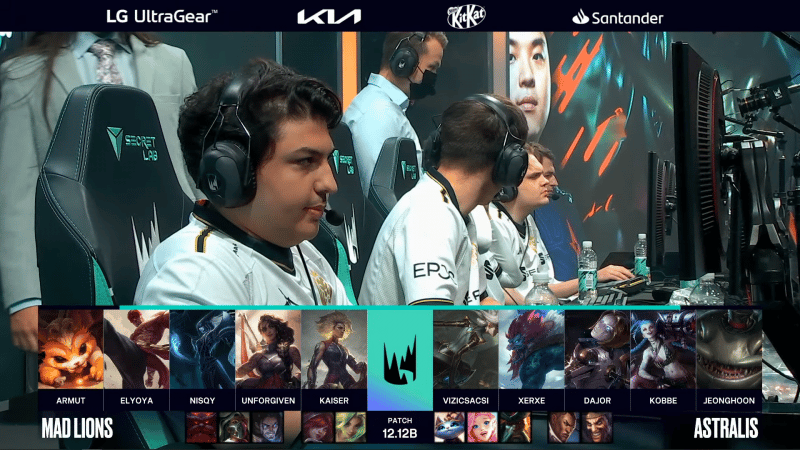 Two sides looking to secure their way to playoffs, with AST keen to end week 4 with a positive record. A double first blood for MAD set them up with a massive 2k lead with just 7-minutes on the clock. MAD increased the lead heading into the mid-game, with a 7k lead secured by the 17-minute mark, as AST failed to claim a tower. With MAD pushing the AST top lane without Baron, AST was able to pin them in, claiming the fight win and flipping the game on its head. AST would then claim the Baron as the game came alive. The Baron Power Play saw AST close to the gold gap to just 3k, but with MAD on 3 Drakes, AST couldn't afford to slip up. Sadly for AST, they weren't able to stop MAD, who claimed the Soul Drake before both sides postured around Baron. The second Baron was secured by MAD, with AST unable to contain after losing a member in the fight leading up to Baron. After both sides breached each other bases, a base race was on the cards. AST came close, but with MAD having claimed the Elder they saved their Nexus with just 25% HP left. MAD were able to secure the win, and stop AST from clawing back into the game. 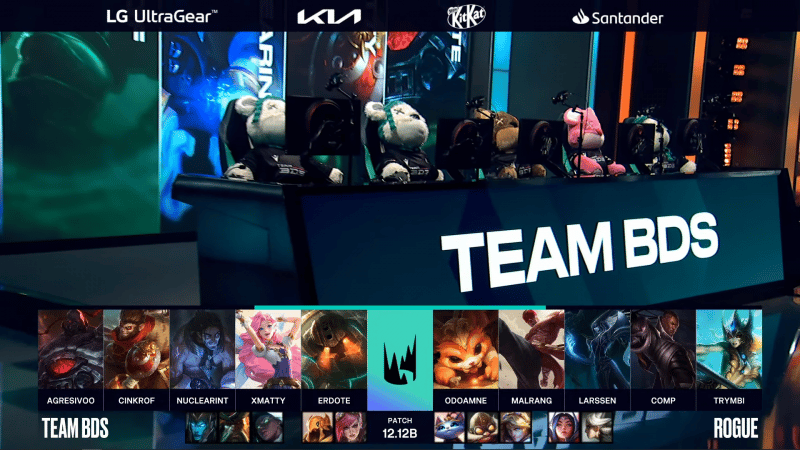 Top v bottom in the LEC, as BDS looked to need a miracle to take down RGE. BDS did at least secure first blood, though by the 8-minute mark RGE had a 200g lead. A typical RGE game, with only 3 kills by the 17-minute mark, RGE had a 5k lead as BDS struggled to keep up. Baron is up, and it's RGE that looked to secure it. They made it tight but RGE did claim the Baron, as BDS lost all five members. With Baron, RGE went for all three inhibitors, as BDS couldn't stop them. With the base ruined, RGE took down the remaining members of BDS before taking down the Nexus. 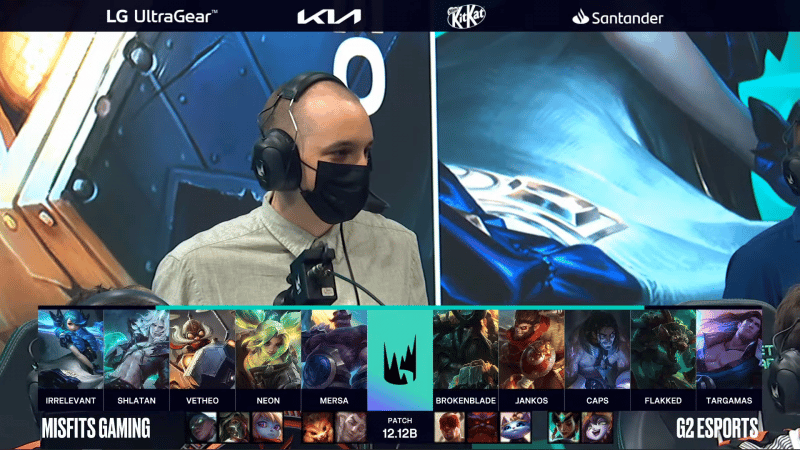 With both sides finding themselves at 4-4 in the split, this was an important game in the top spot chase. A quiet opening 10-minutes with no kills for either side, though MSF were in a small early lead. We finally got some kills by the 16-minute mark, but the gold lead couldn't separate the two sides. Crucially for G2, however, they had most of their gold on caPs. A 5v5 at the third Drake was set to decide the game, with MSF the ones looking to force it. It was G2 who won the fight and claimed the Drake, stopping MSF's Soul Drake claim early on. G2 once again secured a Drake, slowing MSFs chances of claiming the win early. A mistake from G2, however, gave MSF a chance to force a Baron without G2 being able to react. G2 arrived too late as MSF got the Baron. Another Drake for G2, who looked to set up a huge Four Infernal Drake Soul claim by the 36-minute mark.

MSF claimed another Baron, and with what looks like superior team fighting, G2 needed Soul Drake. A third Baron was next up, as it was MSF once again that looked to claim it. G2 quickly moved to the Drake, as they quickly managed to claim the Infernal Soul but the damage from MSF was just too high. They took down all five members of G2 as MSF claimed the win. Having gone 0-4 in their first 4 matches, MSF has now won 5 in a row as they make a march on the top spot. 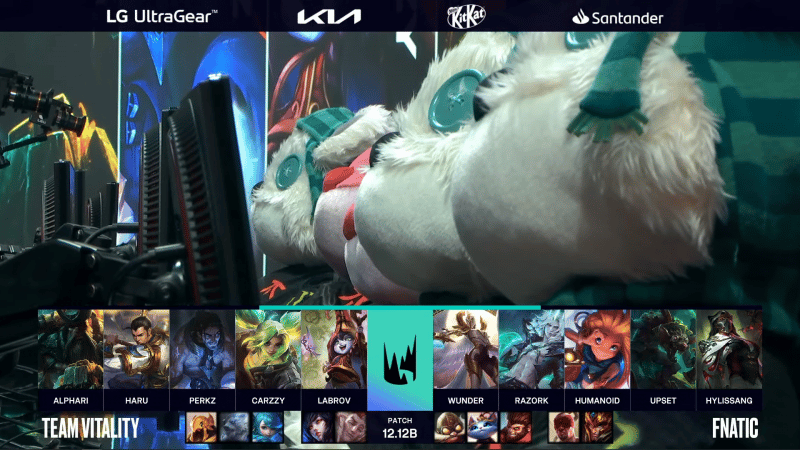 A big game in the grand scheme of the LEC title. Both sides need to pick up wins, with VIT desperate to move to a positive scoreline. A relentless early game, with both sides going blow for blow. 10-minutes in, and 11 kills already on the board, with VIT having a 1k lead. The fighting continued well into the late game as Baron came into play. VIT secured it, and marched into the FNC base as they looked to knock down an inhibitor. While VIT couldn't break the base on this occasion, they left a mark on FNC. After resetting, VIT came back again, and this time they were able to make it stick. Slowly knocking down FNC, before getting into the base and taking the victory. The win saw VIT equal FNC's record in Summer Split as the Super Team looks to come online. 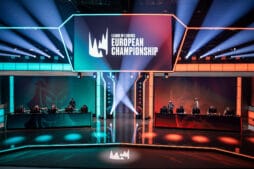