Week 2 of the LEC is here, after an eventful Super Week we're back to just two days of games a week. Here's our LEC Week 2 Day 2 Summer Split 2022 Recap. 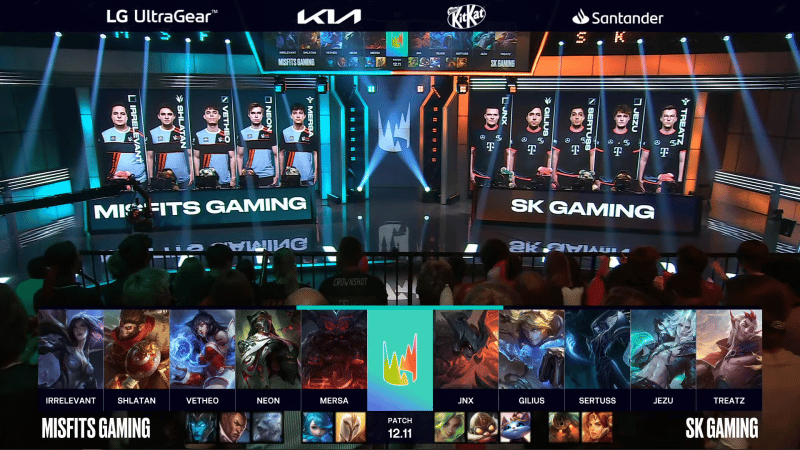 In a repeat of yesterday, MSF badly needed a win to stop the rot in the LEC. MSF started off right, picking up the first blood. A substantial early game for MSF, picking up another two kills on the bot-side as they raced to an early 2k lead. With just 13-minutes on the clock, the MSF lead had moved up to 4k as they looked in control. SK found a way back a few minutes late, picking up three kills in trade for the Rift Herald to MSF. Despite that moment of relief, as the Baron spawned, MSF once again clapped back, taking down two members of SK before securing the Baron. The remaining members of SK tried to stop them but failed to slow MSF down. MSF broke down the SK base as they looked to wrap the game up. Sadly for MSF, with minions not in the base, they had to pull away. MSF was able to reset and get back into the SK base. This time they had enough to end it, as their victory was secured. 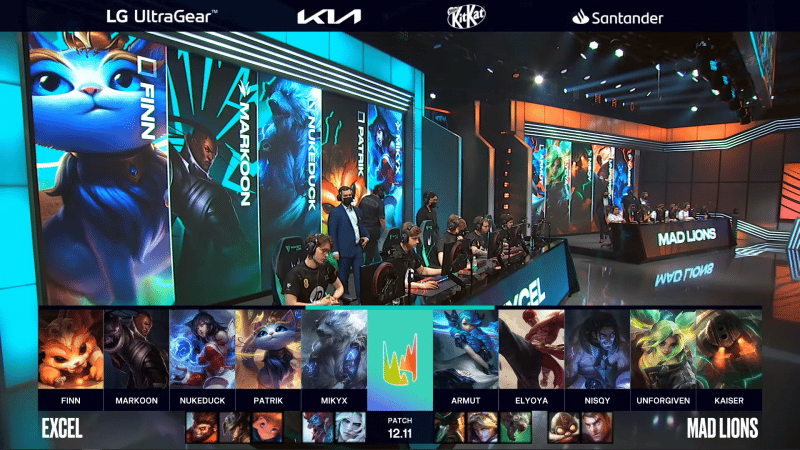 One of the most hyped games of the LEC so far, XL and MAD are two aggressive sides going head-to-head. Huge first blood for XL, as they 3-for-2'd the bot-side of MAD. As we moved towards the mid-game, things slowed, with XL remaining in a lead of 1k. It was XL again that ramped the game back up into top gear, claiming three more kills and extending the gold lead. With another two kills, and the third Drake at just 17-minutes into the game, XL were looking well ahead in this game. Even without the Baron, XL forced their into the base of MAD, acing them and pushing for a win. Even with members of MAD respawning, XL were just too far ahead for MAD as they secured their fourth win of the LEC split. 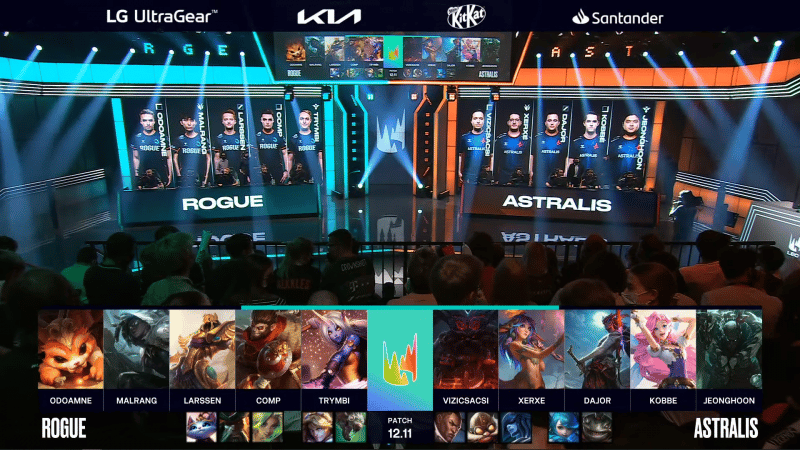 First blood went over to AST, as Pyke roamed from the bot side all the way to the top lane to help claim a kill. RGE found a way into the game around the 10-minute mark, getting on the board before closing the gold lead with a kill in the mid-lane. With Baron just 3-minutes away, AST had got a hold on the game, moving back into a 2k lead. The fight for the Drake was next, and it was AST that claimed their third. The fight that ensued after, however, went the way of RGE, winning 1-for-4 as RGE moved to the Baron. With AST respawning, RGE were just about able to claim the Baron and walk away with no one falling. With Baron, RGE were able to regain the lead. The next Drake went over to RGE as AST opted not to context the Soul Drake. The second Baron also went over to RGE, as we move into the end game.

RGE took down two inhibitors as they pushed into the AST base. Despite an amazing start to the game by AST, they were starting to struggle. With a 6k lead for RGE, AST managed to chase them out of the base and secure themselves a Cloud Soul. RGE came back for another attack as AST looked to make one final stand. This time, RGE did end the game as they moved to a 2-0 on week 2. 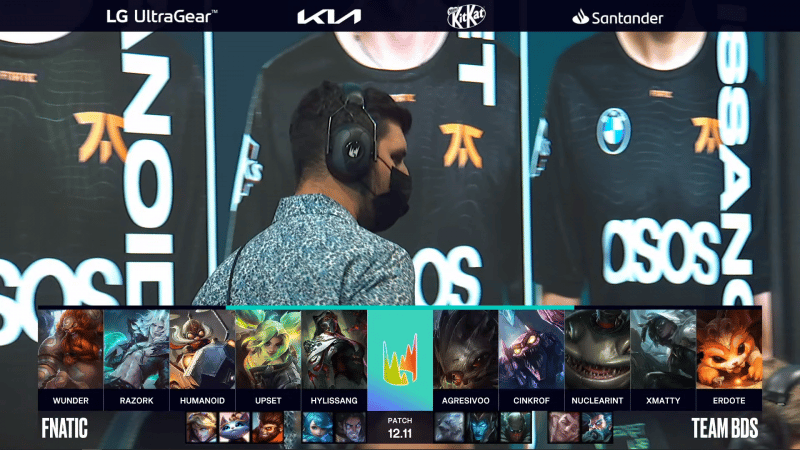 BDS secured a big first blood at the 8-minute mark. FNC pulled two kills back a few minutes later, as they neutralized the gold lead that BDS had. FNC kept up the pressure in the mid-game, holding onto a 2k lead by the 18-minute mark. FNC did, however, drop the ball on the third Drake take, as they lost a team fight prior to handing over the third Drake to BDS. FNC forced the next fight as the fourth Drake spawns, it's a 1-for-1 early, with BDS desperate to claim the Soul Drake. The fight is bloody as the fight continued with members of each team respawning. FNC claimed the Drake as they slowed BDS' advance. A huge mistake from xMatty on the side of BDS, as he's caught out by FNC who immediately took the Baron. Baron gave FNC the lead they needed, as they started to pressure BDS. Even with Baron, however, they were unable to breach the BDS base as they caught FNC out and aced them after they over-extended.

MORE FROM ESTNN
LoL Patch 12.15 Best Junglers to Climb With

As Baron returns to the Rift, both teams posture around it. FNC look the stronger around the Baron but while a 5v4 fight was taking place, Agresivoo pushed into the FNC mid-lane. Neither side claimed the Baron, while BDS had one member left to claim the Soul Drake. Baron is secured by BDS in a dramatic 50/50, in the ensuing fight FNC knock down four members of BDS with huge 50-second death timers. The remaining four members of FNC claim the mid-lane inhibitor as they move to the Drake. FNC managed to secure the Elder as the game continued. The next Baron is started by BDS, but Upset is able to steal it away from BDS and FNC pushed them back to end the game. BDS were left with just four members defending against a Baron-empowered FNC. BDS tried their best but FNC was able to claim the victory. It might only be week 2 but we may have witnessed the best game of the split already. 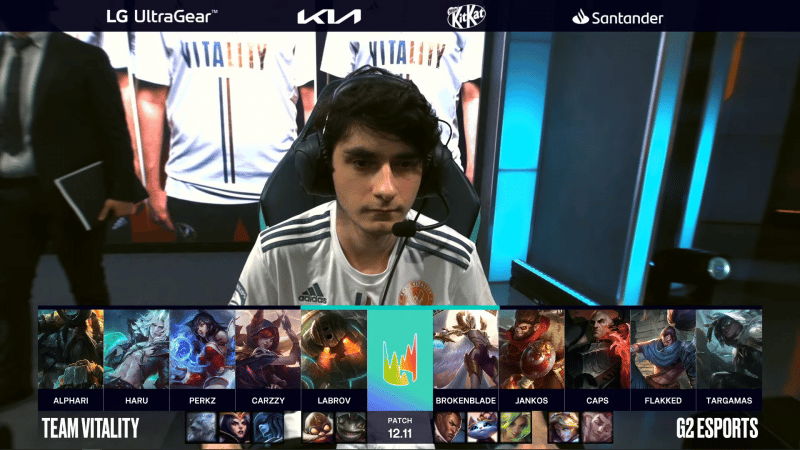 It's the match of the week as Perz and caPs face off. It was the first blood for VIT, though it was quickly traded back to caPs. By the mid-game, VIT had a slight lead over G2 with neither side yet to take a tower. By the 18-minute mark, the gold was almost even, with the only notable lead being G2's two Drakes. Around the third Drakes spawn, G2 looked to claim the Drake after that fight but Carzzy was able to steal it away. FNC finally got their third Drake and aced the remaining members of VIT after the fact. Another team fight win for G2, as VIT struggle to keep a hold on this match. With the mid-lane open, G2 moved towards the Baron. WIth Baron claimed, and another fight won G2 pushed into the VIT base. VIT couldn't stop the push as G2 secured the win as they recovered from their first-day loss.