Prepare for the biggest tournament of Fortnite Chapter 2 – Season 4!

Fans of competitive Fortnite are eager to watch the best players across the globe compete in the fourth seasonal Fortnite Champion Series (FNCS) competition. Epic Games first introduced the FNCS in Season X,  which followed the highly anticipated Fortnite World Cup the season prior. Tournament organizers pulled out all the stops in the inaugural FNCS. Epic dished out a $10 million prize pool spread across all seven competitive regions. Europe topped the money list as usual, with a massive $480K USD going to the winners.

Fast-forward four seasons, and the landscape of competitive Fortnite is much different. Players compete at a much higher and more mechanical level. Each passing season forces competitors to adapt to the significant map, loot pool and gameplay meta changes. Prize pools have also decreased significantly since Season X. Although Epic Games still manages to offer up millions of dollars per season – occasionally, they split the prize pools between PC and console.

That remains the case in Chapter 2 – Season 4. It appears that both PC and console players will receive a portion of the overall prize pool that the developers are offering this season. Epic Games has not released an official ruleset or prize pool for FNCS Chapter 2 – Season 4, but we should see both soon with the warmup tournament beginning this weekend. Today, we will take a look at some of the critical factors heading into this season’s FNCS. Chapter 2 – Season 4 reshaped the loot pool compared to last season. For one, the Pump Shotgun returned to the delight of nearly all competitive Fortnite players; the Charge Shotgun stuck around from last season, and the Combat Shotgun returned for the first time since its debut in Season 9. Some other returning weapons and items included the Tactical SMG, Light Machine Gun, Suppressed SMG, Revolver, Bandage Bazooka, Bouncer, Shockwave Grenade and Crash Pads.

All Mythic items and weapons from last season are no longer available to players, including Kit’s Shockwave Grenade Launcher and Jules’ Glider Gun. There is also a variety of new fish available on top of the classic Floppers and Slurpfish. One of those new fish is the Midas Flopper, which will transfer a player’s entire inventory into Legendary weapons. Cars are available to players this season in competitive playlists as well.

Boogie Bombs and Port-a-Forts briefly appeared this season — but Epic Games recently removed both from competitive playlists. One of the significant drawbacks in Chapter 2 – Season 4 is the lack of chest spawns. Epic Games made the executive decision to reduce chest spawns from 100% to between 50% and 70%. Regardless, the loot pool in Chapter 2 – Season 4 is one of the strongest that Fortnite has seen in many seasons. It offers various rotational options, healing items and weapons that will suffice through all stages of the game. This competitive Fortnite season should be one of the best, provided that the servers hold up through intensive end games. 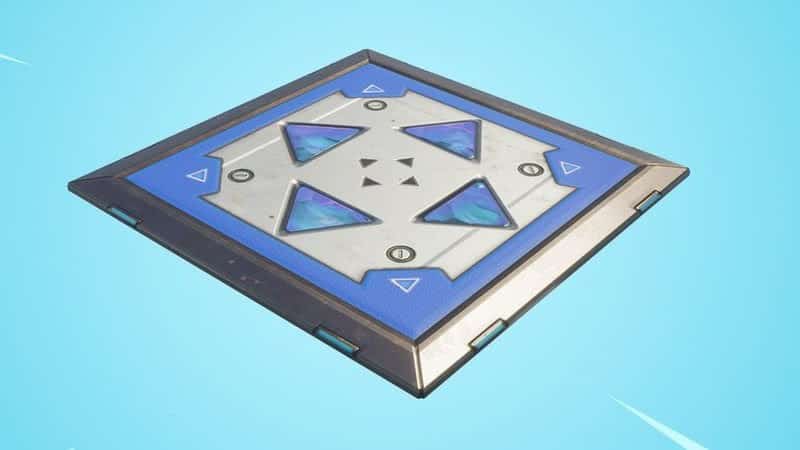 Since we are nearly one month into Chapter 2 – Season 4 – there have been plenty of tournaments to understand the meta. Rotation, as always, will be crucial this season. Mobility options include cars, boats, Shockwave Grenades, Bouncers and Crash Pads. Creative warriors have developed some interesting methods for rotation, which will come in handy for those rigid 50/50 and moving zones. It will be essential for teams to conserve materials while stockpiling heals and as many mobility items as possible early in each game. Rotating effectively late in each game will often determine which team comes out on top.

From a weapons standpoint — Legendary and Epic Pump Shotguns are the gold standards. Expect all trios to work toward sidegrading Charge Shotguns or upgrading lesser Pump Shotguns to their ideal rarities. Teams with the option to do so will carry the newly introduced Stark Industries Energy Rifle, considering its high damage output. Also, the Light Machine Gun may take priority over the Tactical and Suppressed Submachine Guns with its superior clip size and damage capabilities.

Chapter 2 – Season 4 will provide an even playing field compared to most of Fortnite’s past seasons. However, the previously mentioned chest spawn reduction will prove difficult for spawn fights. Players will run into issues where chests do not appear where they usually would. For multiple teams contesting one location, it will genuinely be a 50/50 fight where teams with the best loot and angles will triumph. It will be incredibly difficult at the newly introduced places like Doom’s Domain and Stark Industries. Marvel Quinjet POIs will also factor into rotations and drop spots. These wide-open locations feature Stark Robot non-player characters (NPCs), which players can hack to use them as allies. Additionally, the Quinjets offer Stark Industries Energy Rifles and Stark Supply Drones that drop Mythic Marvel superhero abilities. Those abilities will play a sizable factor in how each match plays out. All other POIs should see much fewer spawn fights than those listed above. Epic Games nerfed both abilities, but professional players have found a use for them. The Mystical Bomb is worth carrying simply for its impact on builds. Once making contact, Doom’s Mystical Bomb causes a fire effect and deals damage to players inside those structures. The Arcane Gauntlets are a bit less effective, but they have no cool-down, meaning users can spam fireballs at their opponents. Gauntlets also grant players the chance to fly momentarily. Participants in the FNCS might opt to carry only the Mystical Bomb, depending on their loadout.

Other Mythic abilities in play include Groot’s Bramble Shield and Silver Surfer’s Board. Groot’s power was much better before patch v14.10.

Silver Surfer’s Board is arguably the best ability in competitive Fortnite. It launches players into the air, breaks through builds and allows for a glider redeploy. Additionally, there is an option to cancel out of the glider redeploy without taking fall damage. Expect to see a lot of SIlver Surfer Boards in play throughout the Fortnite Champion Series.

Be sure to keep all of the factors listed above in mind as we rapidly approach the opening weekend of FNCS Chapter 2 – Season 4. The competition kicks off this weekend with the FNCS Warmup for both PC and console players. Tune in to all streaming platforms to see if your favorite player is broadcasting the tournament!