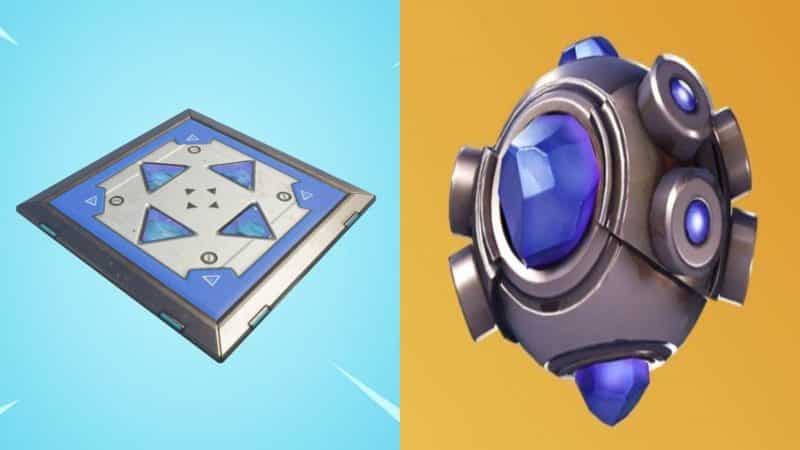 Learn the latest rotational tips to ensure you stay ahead of the storm in Fortnite!

Fortnite’s latest Marvel-themed season brought back a whole mess of weapons and items near and dear to the diehard fandom. The Pump Shotgun and Combat Shotgun are just two that Epic Games brought back from the dreaded vault. Although many items left the vault this season, several went into the vault for an indeterminable amount of time.

One of these items, the Launch Pad, was a disappointing loss for Fortnite. The competitive community felt this instantly, especially considering how important mobility is in tournament play. Two fan-favorite mobility options replaced Launch Pads this season in the form of Shockwave Grenades and Bouncers. Players can also use Crash Pads, which survived the latest update.

These three items will be crucial as we delve deeper into Fortnite Chapter 2 - Season 4 Nexus War. Some crafty Creative Mode warriors have already developed rotational strategies with Shockwaves and Bouncers to benefit those looking to stay ahead of moving zones.

How to rotate with shockwave + bouncer pic.twitter.com/GCZg7Y09kn

A Twitter user named Lucas_IsBad successfully workshopped an effective rotational strategy for players lucky enough to have Shockwave Grenades and Bouncers in their inventory. The clip above displays the video’s creator rotating effectively with the two returning items in Chapter 2 - Season 4.

Lucas_IsBad creates a 2x2 box, builds a ramp, applies a Bouncer to the ramp, throws a Shockwave down and simultaneously runs at the Bouncer ramp. If executed successfully, the player will launch roughly 100 meters in whatever direction they choose. This method will be useful for those crucial solo and trio end game rotations.

you go way farther if you use a hop fish pic.twitter.com/aefKGiSARa

Lucas_IsBad added a variation on the same rotation seen above, but with a spin on it. For the second method, players can carry the newly introduced Hop Floppers and use them advantageously. After following the same steps above and eating a Hop Floppers, you gain an extra 70 meters out of the rotation. Although prioritizing Hop Floppers may not be ideal in a competitive match, it could be a viable option depending on how the meta develops.

With shockwaves and bouncers back in the game, here's a reminder on how to rotate super far! from FortniteCompetitive

Another rotational option brought to us by Reddit user Custurdy, offers a more efficient rotation using fewer resources. In this video, Custurdy builds a 1x1 metal box, places cone underneath him, deploys a Bouncer on one of the four walls, walks toward it to build momentum and finally throws a Shockwave Grenade toward the Bouncer. This rotational method produces a launch much further than 100 meters. Players may look to this strategy as their go-to in tournaments.

Best way to use shockwave grenades in #chapter2season4 I think! (credit: me) pic.twitter.com/EMohMjw9Ll

The last rotational method we have today comes from Twitter user @mxrken_. This option is similar to the Cone 1x1 Bouncer/Shockwave launch above, as it requires a small number of materials. For this iteration, Marken builds a full 1x1 box with either a cone or a spiral staircase. The next step requires the players to sit under the cone or staircase, deploy the Bouncer on the floor below, build momentum and then toss a Shockwave Grenade. If executed properly, the player will launch just over 100 meters toward their destination.

Only competitive players will determine the most effective rotations as we move closer to this season’s Fortnite Champion Series and Cash Cup tournaments. The four methods listed above are a jumping-off point. However, we can expect many more to develop the more players experiment in creative and during scrims.