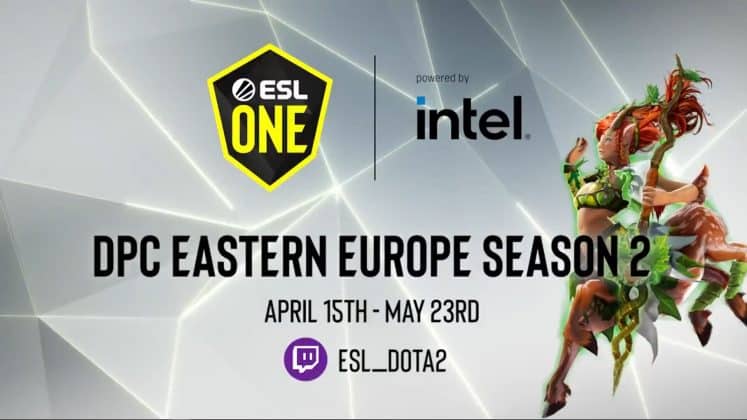 All the highlights from the final week of the DPC in Eastern Europe, including our Lower Division tiebreaker.

CIS has always been a region to watch for thrilling Dota, many consider it one of the strongest regions in the DPC. After watching the region through Season 2, it’s clear to see why.

We break down all the action across the final week of Eastern European series in both divisions.

Team Empire came back with a vengeance in Week 6. Smashing both their series and forcing a 2nd/3rd place tiebreaker. Game 1 saw a neck and neck battle through the lanes with the kills flying fast on both sides. Arslan “xannii” Shadzhanov was standing in for Zaur “Cooman” Shakhmurzayev on the HellRaisers side. Unfortunately, xannii’s Faceless Void pick just couldn’t keep up with Alexey “Smiling Knight” Sviridov’s Troll Warlord in the farm, and as the game moved out of the mid-point, Empire were able to snatch the advantage and run with it straight to a 43-minute victory.

After the first map, Game 2 looked like a walk in the park for Team Empire, who got the most out of the lanes, building into a strong 13k lead by the 30-minute mark.  At 45-minutes, Empire made our first-place seed taste defeat, bringing HellRaiser’s overall score down to 6-1.

Empire’s second series saw them go head-to-head with Trident Clan in two quick stomps that both ended in Empire’s favor in under 30-minutes. With two victories in Week 6 under their belt. Team Empire climbed two spots on the ladder to tie with Fantastic Five in second place.

But the result spelled the end for Trident. They fell earlier in the week when they faced off against B8. Dendi and the boys swiftly gained the upper hand over Trident in Game 1. Alimzhan “watson” Islambekov put on a real show on Phantom Lancer, going 15/0/7 by the game’s end. At 38-minutes, the first map belonged to B8. Game 2 was an even quicker affair, as B8 snowballed to a speedy 20-minute finish to take the series. Trident Clan end Season 2 on 0-7, coming in at last place.

Prosti Esli and NoTechies also played their final series in Week 6. The two clashed in a three-game series that saw Prosti sweep the first game out from No Techies after taking the aegis at 26-minutes.

But NT found their feet again by Game 2, Vladislav “DkFogas” Frolov had an amusingly good game on Pudge this map. He was sitting at 12/3/13 by the time NoTechies took the win at 35-minutes to equalize the series.

Then Game 3 saw Timur “layme” Magomedov take a core Riki, something we’ve seen a few times this season in the Lower Division. The choice certainly worked out for the team, and NT stomped their way to the win at 27-minutes, taking double the kills of Prost Esli on the way. However, the win does not save NoTechies from the bottom of the ladder. They finish the season in 7th place, while Prosti Esli take 5th, one spot above B8.

Join us to see if Team Empire or Fantastic Five will take 2nd place and advance to Upper Division in the next DPC season! 👀

It was a slow start to Game 1 of our tiebreaker clash between Team Empire and Fantastic Five.
F5 took first blood at 4-minutes, but it was Empire who were building the gold lead through the lanes. By 11-min, Empire had a 5k gold advantage and were ahead in the kills. F5 were not down for the count, bringing things back and slimming down Empire’s gold lead before taking the Dire’s top t1 tower.

Still, Empire didn’t look phased. Pushing into the Rosh pit at 18-minutes to take the aegis for Gleb “depressed kid” Ziryanov’s Templar Assassin. At 22-minutes they were 10k ahead of Fantastic Five in the net worth, with plenty of map control to keep pushing their advantage.

Askold did manage to waste some time, taking three of Empire’s heroes on a merry dance around the bottom lane trees before the 25-minute mark. But it didn’t slow them down much. A second successful Rosh at 27-minutes put an aegis back on depressed kid’s belt, and it was just all downhill for Fantastic Five from there. Empire took the bottom barracks at 29-minutes. They were 23k in the net worth with 23-kills on the board at this point. It was all over for F5 just 5-minutes later. The first map of the series belonged to Empire.

It was another slow start. But this time Empire took first blood as the clock passed 5-minutes. F5 didn’t take their first kill until 15-minutes. By then, Empire had a 6k lead and 14-kills under their belts.

Fantastic Five did their best to hold out, but Empire were dominating. They had 40-kills on the board at 40-minutes and had already taken the middle barracks. Petushara was absolutely on fire this map. He went 20/2/16 on Axe in a truly impressive showing, putting almost half of his team’s kills on the board. At 44-minutes Team Empire closed the win, taking the series and the second spot on the ladder.

Fantastic Five end the season in 3rd place, with a final count of 5 wins and 2 losses.

Team Spirit and ExTREMUM opened our week in the Upper Division with a two-game series that saw Spirit come out on top. Illya “Yatoro” Mulyarchuk was almost unstoppable on Ursa. Slotting a Sange and Yasha by the 20-minute mark and packing a Blink Dagger too, EXTR only managed to bring him down once, with Evgenii “Chu” Makarov’s Hoodwink burning through his aegis at 15-minutes. But there wasn’t much EXTREMUM could do to slow Spirit’s assault, and the GG came out at 31-minutes. The second map was a blitz to the win for Team Spirit, who shut it down at 28-minutes, 25-kills up on EXTR.

The loss leaves EXTREMUM 0-7 for the season, coming in at 8th. Team Spirit take our second place on the ladder, just beneath the undefeated top seed, Virtus.pro.VP have earned enough points across both DPC seasons to officially qualify for TI 10. Making them our second team to earn a slot, after Evil Geniuses.

Our week closed with the clash between Natus`Vincere and PuckChamp. The Bo3 saw Na`Vi take the first game with a commanding win, ending it in 22-minutes. Their snowball offense left PuckChamp scrambling. Only managing to put 9-kills on the board.

But PuckChamp came into our second map looking in much finer form. Allthough Na`Vi managed to swing a small gold advantage their way at a few points, they never built a meaningful lead. As a result, PuckChamp overran them once things hit the midgame. Andrei “meLes” Romanov caused plenty of problems for Na`Vi on his Sand King, his quick disables and initiations to take 17-assists as well as 9-kills of his own. PC took this Game 2 in a 28-minutes.

It looked like Na`Vi were well and truly shaken by Game 3. This time it was them who struggled to put kills on the board, only managing a total of 7. PuckChamp racked up 29-kills as they rolled to their 35-minute win taking the game with a 20k lead in the net worth.

Na`Vi’s defeat bumps them down to 6th place in the standings, just above Winstrike Team. Keeping them safe from relegation. While PuckChamp take our 5th spot on the ladder at the end of Season 2.

AS Monaco Gambit will get a second chance to prove themselves at a Major event. Earning the Wild Card spot after taking out Team Unique in their series to knock them down to 4th place.

Game 1 saw some good back and forth, with Unique managing to hold a small lead through the mid-game. They were pulling ahead in the kills too, pushing into a successful Rosh attempt. Until Kiyalbek “dream`” Tayirov swooped in to steal their aegis for his Arc Warden at 26-minutes. Then he did it again just 9-minutes later. The first map was all over at 40-minutes.

Then, ASM.GMB came into Game 2 determined to take the series. They got the most out of the laning phase, which helped dream` slot a Desolator by 11-min for his Phantom Assassin, leading the net worth. And although Vladimir “No[o]ne” Minenko had a bit of a hard time in the early game, he still managed to help secure 17-assists for his team on Magnus.

It was AS Monaco Gambit’s game. They shut down Unique at 32-minutes to nab themselves their slot at the Major.