The #12 spot of ESTNN's OWL 2020 Power Rankings go to the Florida Mayhem, who are looking to find success with a largely unchanged roster.

The Overwatch League has always been tough for Florida Mayhem. Ending the Inaugural Season at the 11th position and 20th during the 2019 Regular Season, Florida aims for a better ranking this year.

Thank you all for your efforts this season. You will always be a part of the Mayhem family, and we wish you nothing but the best.

Three players remain faithful to Florida Mayhem since 2018: Jeongwoo “Sayaplayer” Ha, Sangbum “BQB” Lee and Junsoo “Kris” Choi. While Kris should keep his spot as Florida Mayhem’s main healer, the date of Sayaplayer and BQB isn’t as clear. With the new hero bans impacting the League, they may struggle to find their pace. Sayaplayer is mainly known for his hitscan abilities, whether on Widowmaker, McCree, or Hanzo. He also plays a decent Reaper. The alchemy with BQB, especially on hero pools, isn’t a guarantee. BQB mainly plays Sombra, and can pull off plays with Hanzo - and that’s pretty much everything. While not a bad player, he may not be able to keep up with other team’s DPS skills and flexibility.

Four more players have been staying with the team since last year’s mid-season trades: Panseung “Fate” Koo, Beomjun “Gargoyle” Lee, Seongju “Byrem” Lee and Sanha “Karayan” Choi. Gargoyle and Karayan played together in Contenders Korea, in their former team Armament. Fate is a more experienced player, formerly with Los Angeles Valiant. Will Fate be on the starting six, or will Florida prefer a well-established duo like Gargoyle and Karayan, despite little to no experience on the main stage?

For the upcoming Overwatch League 2020 Season, Florida Mayhem only signed two players: Junki “Yaki” Kim and Gang “Gangnamjin” Namjin. Yaki is the DPS wild card Florida Mayhem desperately needed. He is comfortable with a large range of heroes, such as Genji, Tracer, Doomfist, Pharah or Hanzo. Gangnamjin is a flex healer, mainly playing Ana and Zenyatta. He was in the same team as Yaki in the Contenders. Together, they took home the Overwatch Contenders 2019 Season 2: Korea with their former team, RunAway.

The addition of two of the best Korean Contenders players is a good call from Florida Mayhem. But as the root of the team doesn’t change, will it be enough to pop off this season? We believe their performance will heavily depend on how well the team manages to play together, as the returning players had little time to perform together in the League, while it is a first step on the main stage for the new signings. 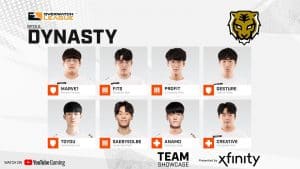 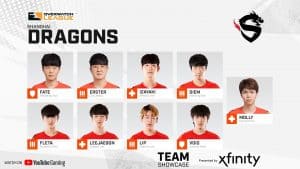