The number 14 spot in our power rankings goes to the Toronto Defiant, we take a close look at their new roster ahead of the 2020 season.

At the #14 place of ESTNN’s Overwatch League 2020 Power Rankings is Toronto Defiant. Last year, the Canadian team faced multiple challenges, ultimately ending in a disappointing 17th place. The management did what they had to do to prevent another catastrophic year: they got rid of the entire roster. One exception though is Jooseong “RoKy” Park, who is now a two-way player with the academy team Montreal Rebellion.

The main objective in 2020 for Toronto Defiant is to build a solid, reliable team. To do so, they recruited a mix of experienced and inexperienced players, either from other Overwatch League teams or straight from the Contenders. And they succeeded to build some hype, with star players such as Los Angeles Valiant Young-seo "KariV" Park and Brady "Agilities" Girardi, Los Angeles Gladiators Lane "Surefour" Roberts, Boston Uprising Kristian "Kellex" Keller and San Francisco Shock Andreas "Nevix" Karlsson.

Joining Surefour and Agilities on the damage dealing duty are Andreas "Logix" Berghmans and Liam "Mangachu" Campbell. Logix made an appearance in Florida Mayhem back in 2017-2018, before going back to Contenders with XL2 Academy and Montreal Rebellion. Surefour and Logix both play hitscan DPS. While Surefour has been in the main stage light for longer, the starting position in the roster will probably vary depending on hero bans. Mangachu on the other hand is more comfortable on projectile heroes, just like Agilities. As Mangachu is a two-way player with Montreal Rebellion, changes are Agilities will be part of the starting six.

On the tanking line, Toronto Defiant signed two different but complementary players. On one hand, Overwatch League 2019 champion Andreas "Nevix" Karlsson. This Swedish off-tank spent two years with San Francisco Shock, but didn’t have much playtime the last couple years. On the other hand, a Contenders main tank waiting for his time on the main stage: Adam "Beast" Denton. He spent two seasons with Fusion University, winning the Overwatch Contenders 2018 Seasons 1 and 2 in America, as well as the 2019 Season 1 North America East and the Atlantic Showdown.

Finally, as Jooseong “RoKy” Park is now a two-way player, the support duo will be former  Los Angeles Valiant Young-seo "KariV" Park and Boston Uprising Kristian "Kellex" Keller. Both are used to the Overwatch League and should provide a solid backlane for Toronto Defiant. 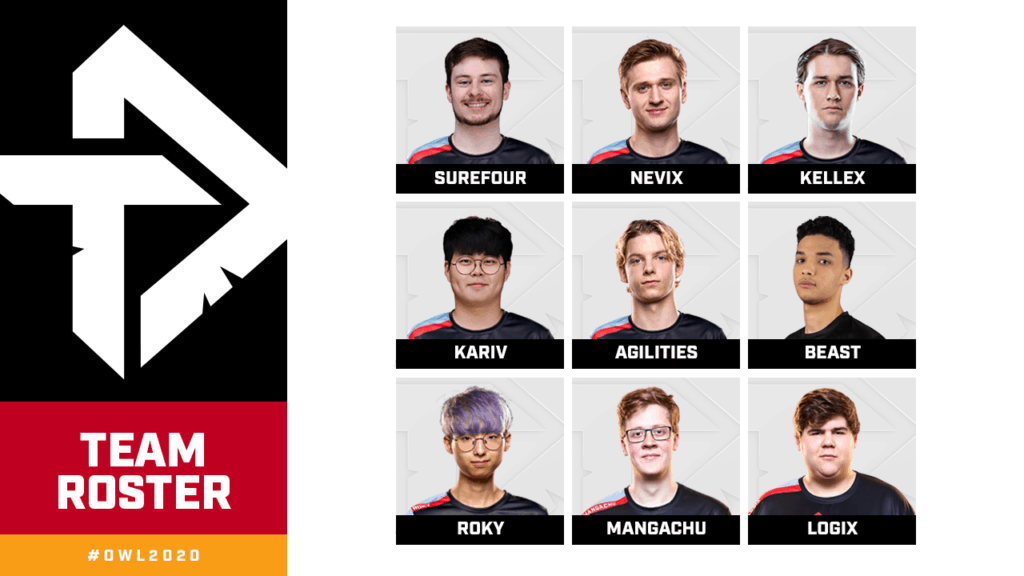