The first team in our deep dive OWL 2020 power rankings is Boston Uprising, we take a detailed look at the team and its roster ahead of the start of our new season.

The new season of the Overwatch League is getting closer, so it is time to reveal our 2020 Power Rankings!
Each article will introduce a team, from the 20th place to the 1st one – our expected champion for the year.

The bottom team of our power ranking is Boston Uprising. It was a hard choice to place them in the 20th position, as we have no idea how well they could perform. Each year, Boston Uprising surprises fans with new pickups, mainly unknown players ready to prove themselves on the main stage. Some of these rookies outperform and become OWL famous players, such as Nam-joo “Striker” Kwon who plays now for San Francisco Shock or Kristian “Kellex” Keller playing with Toronto Defiant. However, the 2019 selection was not as lucky and failed to impress.

In the 2019 Season of the Overwatch League, Boston Uprising faced multiple issues. The core root of all their issues was the instability of their lineup, from DPS players switching off-tank, or a support line changing almost every game without explanations. This caused Boston Uprising to fall apart in Stage 4, not winning a single game. This new season is the perfect opportunity for Boston Uprising to clean up their roster, and bring some new players under the spotlights. Returning from last season are main tanks Cameron “Fusions” Bosworth and Min-seob “Axxiom” Park. As well as DPS player Kelsey “Colourhex” Birse. Fusions proved to be great on Reinhardt, leading the team and shaking the enemy frontline. Chances are he will start as the main tank in the starting 6.

Axxiom didn’t play much last season, mostly filling in as a flex tank, especially on Zarya. While he did a decent performance and now stands as a versatile tank player, he will most likely be a backup than on the starting team. The return of Colourhex for one more season under the Uprising jacket is great news for OWL fans. His hero pool is wide ⁠— and he excels in both projectile heroes such as Pharah as well as snipers, especially Widowmaker. Colourhex will join the starting 6 for sure, unless an injury comes in his way. 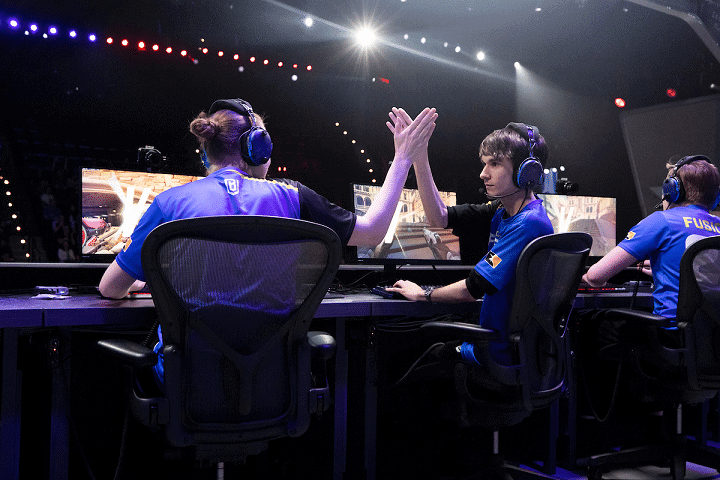 On the DPS line is Sang-beom “Munchkin” Byeon. The former Seoul Dynasty player who took a step back from the League in the latest Stage 4. As a hitscan specialist, he will help the team get rid of enemies while providing interesting insights from a former OWL insider. Joining Colourhex and Munchkin on the DPS line is Tae-hee “Jerry” Min. A Contenders player formerly part of X-6 Gaming and Meta Arena. He began his career as an off-tank, playing mainly D.Va, before taking a DPS role. Despite the capacities he could prove with his Sombra plays, Colourhex and Munchkin will probably be on the starting 6 while Jerry can learn by their sides.

To support Fusions on the front line is Thomas “brussen” Brussen. Brussen played as an off-tank in the Contenders EU with various teams, such as Young and Beautiful or Angry Titans. He did an impressive job in the Overwatch World Cup. Carrying Team Netherlands to the quarterfinals where they lost against Team France. His performance caught the eyes of OWL scouts, as he now signs with Boston Uprising. One more player is available as a backup for Fusions and brussen: Walid “Mouffin” Bassal. Mouffin is a two-way player from Boston Academy, known for his streams and regular appearances in the Top 10 American ranked ladder. He still lacks experience playing with organized teams, so this first step on the OWL stage is the perfect occasion to expand his potential.

Finally, the most anticipated duo for Boston Uprising: the support line. The team failed to stick to a duo last year, causing inconsistencies and lost games. It looks like Boston learned their lesson, as they signed only two support players this year: Gabriel “Swimmer” Levy and Sang-min “Myunbong” Seo. Swimmer spent the last seasons with the Uprising Academy. While he didn’t shine when it comes to results, he is a vocal player able to lead his team and support Fusions in the shot calling. Myunbong is one of the most looked-after player from the Korean Contenders. Former member of O2 Blast, he ended up second with his team in the Overwatch Contenders 2019: Season 1 Korea, losing to Element Mystic despite great performances. He is mainly known for his Zenyatta and Ana plays, which is a perfect combination with Swimmer’s Mercy, Lucio and Baptiste. The 2020 Boston Uprising roster is as follows: