The long-awaited Fortnite x Uncharted collaboration has officially arrived. Find out what Naughty Dog Studio and Epic Games conjured up in the game universe crossover.

A movie based on the game series starring Spider-Man actor Tom Holland has been in the works. After much anticipation, the Uncharted action-adventure film arrives in theaters on February 18. Naturally, Epic Games leaped at the opportunity to bring two gaming legends turned movie characters into Fortnite Battle Royale.

Today marked the official release of Fortnite x Uncharted. There's a lot to digest beyond just the character outfits, so join ESTNN as we show you what's available in the latest collaboration and how to acquire the various cosmetics.

Series stars Nathan Drake and Chloe Frazier have the honor of representing Uncharted in Fortnite beginning today. They join the game as members of the Gaming Legends Series, which also includes Master Chief, Lara Croft, Marcus Fenix and Jinx. 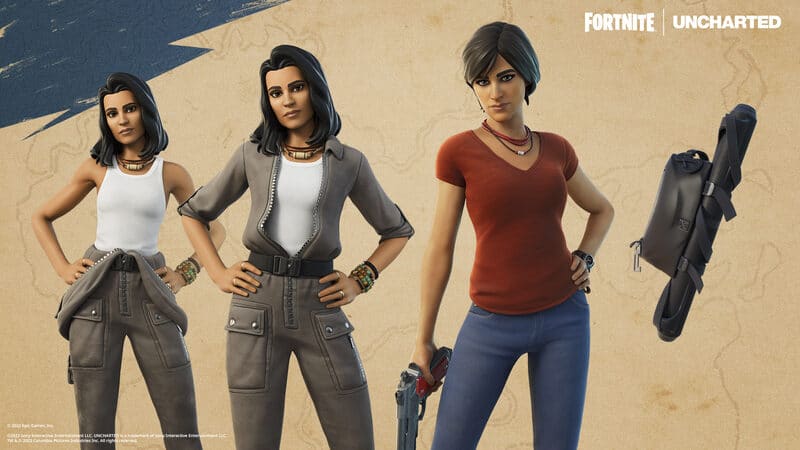 The Uncharted collaboration includes skins based on the film and video games, back bling items, emotes, gliders, and pickaxes. You can obtain some or all of the Fortnite x Uncharted offerings via the Item Shop for V-Bucks.

Here is a list and look at the cosmetics included in this collaboration and their cost: 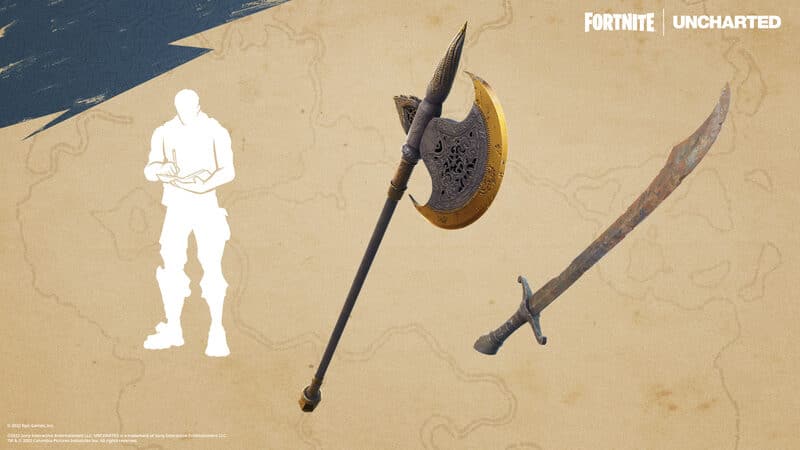 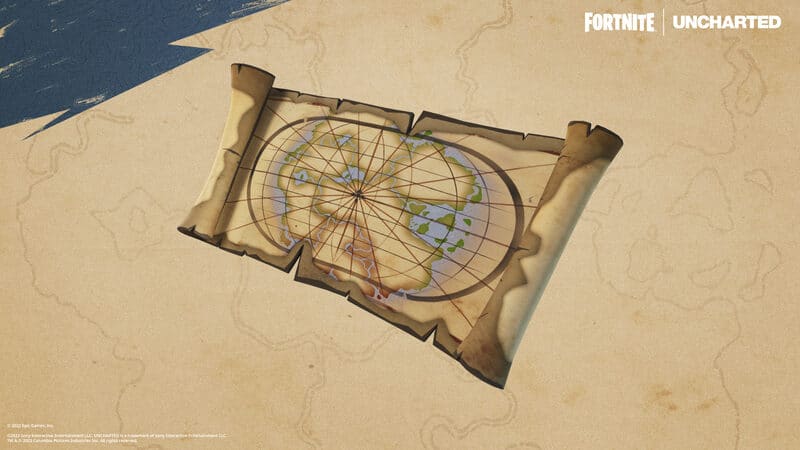 The Uncharted crossover features more than just skins and accessories. Epic Games resurrected the Treasure Map concept from Chapter 1 Season 8, with an Uncharted spin. Drake's Maps will guide players to an excessive amount of loot, such as legendary weapons, healing items, building materials, ammunition and gold bars. The item will appear on February 18 at 9 AM ET and remain in Battle Royale mode until Chapter 3 Season 1 concludes.

Epic Games pulled out all the stops with this collaboration, and it's refreshing to see. The added gameplay elements should keep Fortnite Chapter 3 Season 1 fresh until it's time to turn the page. Be sure to check out the crossover in-game for yourself today and tomorrow!