ESTNN chats with Sceptic about his rise in Fortnite, streaming career and thoughts about the game.

Griffin “Sceptic” Spikoski started his three-year gaming journey in a simple manner – playing Fortnite Battle Royale while his friends watched. It didn’t take long for the now 16-year-old to ascend the ranks as a popular streamer and competitive player. One of his first cracks at YouTube saw a video of him eliminating Twitch superstar Turner “Tfue” Tenney go viral with over 10 million views. At just 14-years-old, Spikoski was an overnight sensation in the world’s most iconic game at the time. Spikoski soon became a member of an elite group of around 200 players who qualified for the inaugural $30M USD Fortnite World Cup.

The Misfits Gaming content creator took a step back from competitive to focus on growing his brand. Spikoski now sports nearly 1.5 million YouTube subscribers, over 100k Twitter followers and over 700k Twitch followers. ESTNN had a chance to chat with Sceptic to revisit his humble beginnings and recent endeavors.

First and foremost, please tell us your name and talk a little bit about how you got into Fortnite and streaming.

My name is Griffin “Sceptic” Spikoski. I got into streaming a long time ago, a little over 3 years now. I first started streaming because I wanted to show my friends my POV of the game since they said I was pretty good at it, then it slowly escalated as people would come through into my stream and tell me I was pretty good at the game. I would say things really sky-rocketed when I killed Tfue and uploaded it to YouTube, with the video reaching over 10 Million views. Since then, I’ve really just gone with the flow and everything worked out. If you are seriously passionate about something you can make it work no matter what.

You had the privilege of competing at the $30 million Fortnite World Cup. Tell us about your experience at the event and what life has been like since then?

I first qualified in the World Cup during the first week of duos (week 2). I wasn’t really expecting to qualify at all, and I definitely didn’t expect to qualify during the first week. After that, I qualified on week 6 again and then took my shot at the $30 million prize pool. Things didn’t really go according to plan, not putting in enough effort and practice really took a toll on my gameplay during the World Cup. Nonetheless, I still won $50k before taxes, which is still a win in my book!

The event itself was pretty amazing. Epic Games really put on an incredible show. And being around all of the top players from around the world was something that I’ll never forget.

You and Clix saw an insane increase in popularity during that time. Did you find it difficult adjusting to the spotlight?

I was pretty well known in the scene prior to the World Cup, so adjusting to the extra spotlight at WC wasn’t too bad. It got pretty crazy when I went outside during the event to see some of the activities and was mobbed by people. At one point I, had to get escorted to a safe area because the crowd was so massive. But I always try my best to meet everyone who wants to say hi and take a picture or have me sign something.

A lot of veterans have since left the competitive scene for various reasons. What led to your decision to move away from competing in Fortnite tournaments?

I started out strictly as a content creator, as I was too young at the time to compete. As soon as they lowered the age, I dove in. I loved competing in tournaments, but to me having a long career really lies in content. Building a community based on content, where people watch to see me and not a particular game. So when the time comes to move to a new game, it’ll make it that much easier of a transition for my community.

What is your favorite and least favorite season of Fortnite and why?

Honestly, last season of Fortnite (c2, s5) was probably the worst season of all time for me, it was just really dry and arena didn’t feel the same. For me, the most fun Fortnite season was Chapter 1 Season 3, as Dusty Depot just came out and the challenges / events felt super fresh for me.

What would your ideal season of Fortnite look like if you could choose the weapons, items and locations?

I would definitely go back to the OG map, preferably the map from Chapter 1 Season 7. I would have pumps and tacs ranging from the rarities, green to gold. For sure have AR’s in there of course, and some sort of mobility whether it be Jump Pads, Shadow Bombs, maybe even bouncers!

Fortnite is a “once in a lifetime” game that’s remained at the top for over three years. Where do you see the game in 5 – 10 years both casually and competitively?

Honestly, if Fortnite keeps taking the same route that it is now I think it will still be doing well, but the popularity will for sure decrease. I think all games at one point in their lifetime just get to the point where there is nothing left to do, even with consistent updates. But I hope it continues on and really develops a true competitive scene. 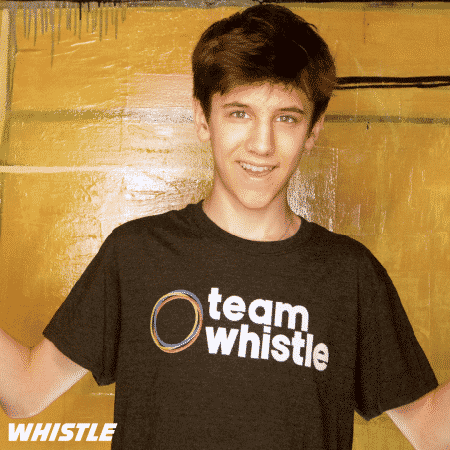 Shifting gears a bit, tell us a bit about your dedication to streaming and to your community on Twitch.

I am extremely dedicated to my community on Twitch, that includes weekly YouTube videos, daily Twitch streams, etc. I love talking and conversing with my audience to build a tight bond. One of the things that I love most about streaming is the interaction that I have with the chat.

How do you remain motivated to play the same game after all of this time? What are your tips and tricks to avoid burning out?

I think focusing on my health has been a huge part in avoiding burnout. I make sure that I sleep properly, and I eat pretty healthy and avoid junk food. I’ve also been going to the gym daily and getting a good workout in. It helps clear my head, keeps me mentally fit, and allows me to remain focused.

The streaming market is now more popular than ever, which makes it hard for fresh faces on the scene to stand out. What would you offer as one piece of advice for those looking to follow in your footsteps?

The most important thing is for people to be themselves. A community can pick up really quickly if you’re not being genuine. You also have to keep at it, everyone starts with 0 viewers and it takes time to grow. But, not everyone is going to be the top 1% on Twitch or YouTube. It’s important to remember that there are so many career paths in the gaming community. So if you’re passionate about gaming, you can still make a career out of it behind the scenes.

Where do you see yourself in 10 years? Are there any jobs within esports or gaming you’d like to pursue?

Honestly, I can’t see myself in 10 years doing the same thing I’m doing now, everyone has to stop streaming at one point. I see myself being a part of a team in some way, maybe management, pr, who knows. There are a lot of career opportunities that stretch beyond content creation. But continuing to build my brand will always be one of my main focuses.

Tell us a little bit about your role as an ambassador for Team Whistle. What are some of your favorite moments thus far in that position?

I’ve really had a fun ride with Team Whistle so far and I’m looking forward to some more cool things we can do in the future. Some of the things that shine out the most could be my No Days Off series with them, with a video reaching over 11 Million views. Playing with NBA champs like Javale Mcgee is another highlight. He’s such a cool guy and we had fun running duos. All the content that I’ve put out with Whistle has been a lot fun to create.