Here’s a detailed guide on how to play Chen in Dota 2 to win more Diretide matches with the Battle Pass 2022.

Diretide is the new seasonal game mode that can be played in Dota 2. It was included with the Part II of the Battle Pass 2022, which is available to people till January 12, 2023. You can choose from 4 different mounts to ride on while moving about on the Diretide map.

People can unlock a number of cool rewards by gaining battle points for their achievements. These rewards include new sprays, taunts, treasures, Personas, and Arcanas. The Sullen Sanctum skin for Necrophos, the Heat of the Sixth Hell skin for Doom, and the Faction of the Feather skin for Templar Assassin are among the rewards that can be found in the treasures available with the Battle Pass 2022.

Take a look at these tactics to help you learn how to play Chen in Diretide matches.

How to Play Chen in Diretide 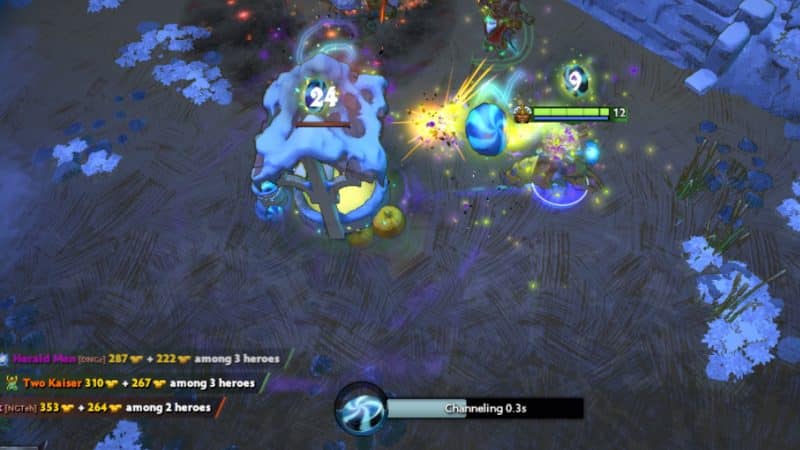 Chen is a support hero who can heal his allies and save them from the brink of death. The Intelligence hero can use his abilities to slow enemy heroes and provide bonus attack speed to his teammates. He can control neutral creeps and use them to attack Taffy Guardians in Diretide mode to help his allies score more Taffy in enemy wells.

The support hero has a maximum range of 650 on his physical attacks. You can stay closer to carry heroes and help them win battles by using Chen’s abilities to weaken enemy heroes in Diretide matches.

Chen can use Holy Persuasion to convert neutral creeps on the Diretide map. There are several neutral creep camps around Greevils in Diretide to give Chen the resources he needs to create an army of controlled units.

Holy Persuasion has a cooldown of 15 seconds and consumes 150 mana in the game. You can use the converted creeps to attack Greevils around Roshan to collect tons of Taffy in Diretide mode. Chen can spread out the controlled units around the map to score more Taffy from Greevils.

The ability Divine Favor grants bonus health regeneration rate and armor to Chen and his allies in battle. Chen’s teammates gain 4 health per second and 4 armor while being around Chen in a 1200 radius.

Chen can teleport to his wells in Diretide matches to defend the team’s wells while enemy heroes score Taffy in them. The Divine Favor aura of Chen can help Taffy Guardians survive longer in battles during Diretide games.

Items to Buy for Chen in Diretide 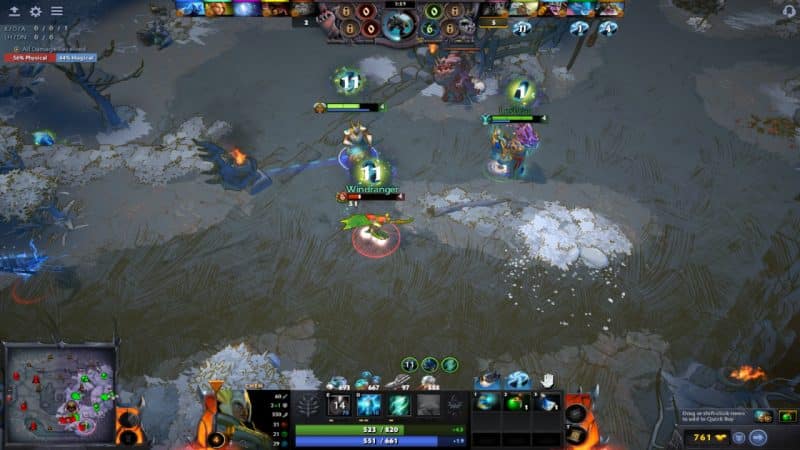 Arcane Boots can be purchased for 1300 gold in the game. The item grants 250 mana and 45 movement speed to Chen. The support hero can use Arcane Boots to restore 175 mana to all allies within a radius of 1200. It has a cooldown of 55 seconds. You can upgrade Arcane Boots to Guardian Greaves to restore health and mana to your teammates in Diretide mode.

Aether Lens provides 300 mana and 2.5 mana regeneration to Chen. The Intelligence hero can increase the range of his spells and items by 225 by purchasing Aether Lens in Diretide matches. The item costs 2275 gold in the game. You can upgrade Aether Lens to an Octarine Core to reduce the cooldown of all of Chen’s spells by 25%.

Orchid Malevolence is an item that grants 40 attack speed, 30 attack damage, and 3 mana regeneration to Chen. The item can be bought for 3475 gold in the game. Chen can use the active ability, Soul Burn, to silence enemy heroes for up to 5 seconds.

Silenced enemies take up to 30% more damage from magical spells and physical attacks after Chen casts Soul Burn on them. Orchid Malevolence has a cooldown of 18 seconds and requires 100 mana.

Scythe of Vyse is an item that can provide 35 Intelligence, 10 Strength, 10 Agility, and 9 mana regeneration to Chen. The item costs 5675 gold in the game. Chen can cast Hex using Scythe of Vyse to turn enemy heroes into critters for 3.5 seconds.

Enemy units affected by Hex will not be able to cast spells or use physical attacks for the duration of the Hex. Scythe of Vyse has a cooldown of 20 seconds and consumes 250 mana. Hex can be tremendously useful against Taffy Guardians and enemies in Diretide mode. 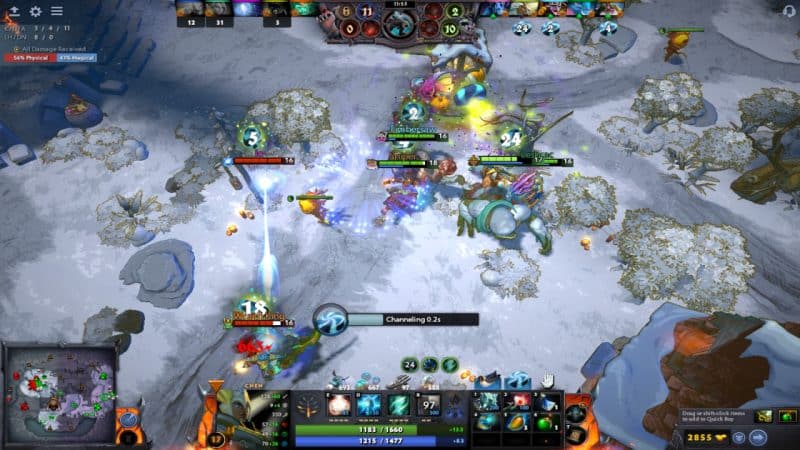 Gleipnir grants 30 attack damage, 24 Intelligence, 14 Strength, and 14 Agility to the Intelligence hero. Physical attacks from Chen have a 30% chance to release a bolt of lightning that deals 160 damage to multiple enemies in a 650 radius.

Chen can cast Eternal Chains using Gleipnir to root all enemy units in a 450 radius for up to 2 seconds. You can use Eternal Chains to prevent enemy heroes from depositing Taffy in your wells. Gleipnir has a cooldown of 18 seconds and requires 200 mana.

Best Allies for Chen in Diretide

Ursa is a carry hero who can rip his enemies to shreds in battle. The Agility hero has a base movement speed of 310 that allows Ursa to chase enemy heroes easily in Diretide mode. Chen can support the carry hero by slowing down enemy heroes on the map, letting Ursa get closer to land the final blow on his enemies.

The melee hero can use Earthshock to deal 225 damage to enemy units in a 385 radius. Earthshock slows the movement speed of enemy units by 40% for up to 4 seconds. It has a cooldown of 8 seconds and consumes 95 mana to be cast.

Ursa can use Overpower to rapidly strike his opponents with up to 6 consecutive attacks within a few seconds. The Agility hero can use Overpower while attacking enemy units affected by Penitence that was cast by Chen. Penitence will provide bonus attack speed to Ursa to help him clobber his enemies in Diretide matches. Overpower has a cooldown of 9 seconds and needs 60 mana.

Warlock is an Intelligence hero who can use his abilities to make his enemies crawl in battles. He can heal allies, along with Chen, to help restore the health of his allies. Warlock can summon Golems to destroy Taffy Guardians in Diretide mode.

The Intelligence hero can team up with Chen to significantly increase the health regeneration rate of his teammates. Warlock can use Shadow Word to heal his allies for 45 health per second. Shadow Word lasts for up to 10 seconds and can also be cast on enemy heroes to deal 45 damage per seconds (DPS) in the game.

Chen and Warlock can use a combination of Penitence and Upheaval to bring their opponents to a standstill. Warlock can use his ulti, Chaotic Offering, to stun enemy heroes and deal massive amounts of damage to Taffy Guardians.

Golems summoned by Warlock’s ulti have 3200 health and deal 200 damage per hit. Warlock can use Shadow Word on Golems to restore health while they attack Taffy Guardians, Greevils, and enemy heroes.