You can take a shot at the easiest Weekly Quests to complete in Dota 2 during Week 16 of the Battle Pass 2022.

Gamers from across the world are playing Dota 2 with renewed vigor. Battle Pass 2022 has opened up the online multiplayer game to a number of rewards that can be unlocked. You can unlock new sprays, emoticons, taunts, and item effects by leveling up faster with the Battle Pass 2022 in the days ahead.

Many people with the Battle Pass 2022 have been able to receive exclusive treasure chests. These treasure chests contain a wide range of spectacular new skins for Dota 2 heroes. The Tremors of the Tandem Storm set for Disruptor, the Molten Bore set for Mars, and Melange of the Firelord set for the Chaos Knight, are among the skins that can be unlocked with the Battle Pass 2022.

Part II of the Battle Pass 2022 can be played till January 12, 2023. It includes the new seasonal game mode, Diretide, that promises to get people together to score Taffy on a fun map. You can attack Greevils around the map to collect Taffy and deposit them in enemy wells.

Roshan will search for the well with the most Taffy in it from time to time and destroy it. Each team has 4 wells to defend against Roshan and enemy heroes. The first team to get Roshan to destroy all 4 of their enemy wells will win the game.

These are the easiest Weekly Quests you can try to finish to earn bonus battle points with the Battle Pass 2022 during Week 16.

Left From Dead - Pick up 50 treats dropped by Greevils

Picking up Taffy after attacking Greevils is an important step toward winning games in Diretide mode. You can pick up at least 5 treats that are dropped by Greevils to earn a star for the Left From Dead Weekly Quest during Week 16. 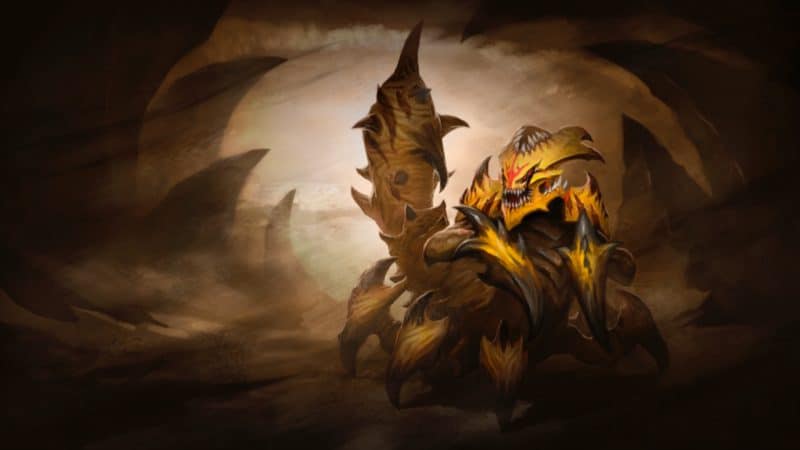 Sand King is a Strength hero who can impale his enemies and make them explode into pieces. He can stay hidden from the eyes of his enemies for a long duration of time. The melee hero can help players attack multiple Greevils at once to collect Taffy and earn more stars for the Left From Dead Weekly Quest.

The support hero can use Burrowstrike to deal 280 damage to enemy heroes and Greevils in Diretide mode. Burrowstrike has a cast range of 650 and stuns all enemy units in its path for up to 2.2 seconds. It has a cooldown of 12 seconds and consumes 140 mana in the game.

Take at least one level of Caustic Finale at the beginning of a Diretide match while playing Sand King. Caustic Finale is a passive ability that adds poison to Sand King’s physical attacks. Enemy units affected by Caustic Finale have their movement speed slowed by 14% and take a base damage of 70 at level one.

You can max out Caustic Finale to increase the base damage to 130. Enemy units that die while being affected by Caustic Finale explode, dealing up to 22% of their maximum health as damage to a radius of 500 around them. Caustic Finale can make Greevils explode, releasing more Taffy that can be collected by Sand King and his allies in Diretide matches.

Sand King can use his ulti, Epicenter, to deal massive amounts of damage to enemy heroes. You can use Epicenter near Taffy Guardians and Greevils to score tons of Taffy in Diretide games with the Battle Pass 2022. Epicenter takes 2 seconds to channel and deals up to 130 damage per pulse. Sand King can release up to 10 pulses with his ulti in the game.

Epicenter affects enemy heroes, Greevils, Taffy Guardians, and neutral creeps, by reducing their movement speed and attack speed. You can use Sand Storm to hide from enemies while collecting Taffy in Diretide mode. Sand Storm deals 85 damage per second (DPS) and lasts for up to 35 seconds. It has a cooldown of 22 seconds and requires 85 mana to be used. 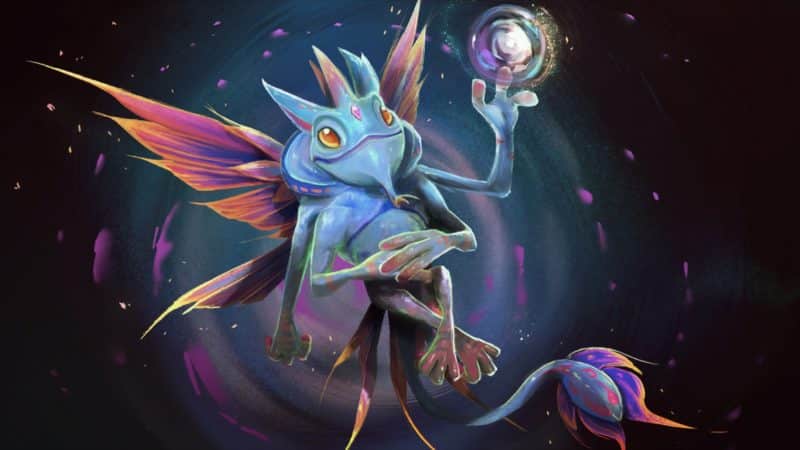 Puck is a dependable Intelligence hero in Dota 2. Many people pick Puck in Diretide matches for its ability to jaunt from one place to another. It can evade most targeted spells and physical attacks by shifting into another dimension during battles to save itself from dying.

You can cast Illusory Orb to deal 300 damage to Greevils and enemy heroes. Illusory Orb can move at a fast pace and reaches a maximum distance of 1950. It has a cooldown of 9 seconds and consumes 140 mana.

Puck can use Waning Rift to silence its enemies during team fights. Enemy units hit by Waning Rift take up to 250 damage and are silenced for up to 3.5 seconds. Waning Rift has a radius of 400. It has a cooldown of 13 seconds and requires 130 mana per cast.

The Intelligence hero can move out of danger by casting Phase Shift. Puck cannot be hit by attacks or magical spells while it is phased out. It can use Phase Shift to remain unharmed for up to 3.3 seconds. Phase Shift has a cooldown of 6.5 seconds, allowing you to use it constantly to avoid taking damage in battles.

Players can use Illusory Orb before entering a Phase Shift to teleport away from enemy heroes. You can use Illusory Orb and Waning Shift around Roshan to attack Greevils and collect more Taffy. Puck can easily collect 50 Taffy from Diretide games to earn 5 stars for the Left From Dead Weekly Quest. Sniper is an Agility hero who can farm gold from a safe distance in Dota 2. The ranged hero has an increased projectile speed of 3000, letting him cast his spells with precision in Diretide games. You can increase the range of his physical attacks to deal damage to his opponents while keeping a watch on his allies.

You can use Shrapnel to deal 70 damage to enemy units in a 400 radius. It will also cause all enemy units within its range to have their movement speed reduced by 30%. Shrapnel lasts for a duration of 10 seconds.

Sniper has a total of 3 charges for Shrapnel. You can cast Shrapnel around Roshan to attack Greevils and collect Taffy in Diretide games. People can avoid using multiple charges of Shrapnel on Greevils since it can take up to 35 seconds to restore a charge of Shrapnel. It consumes 75 mana per charge.

The passive ability, Headshot, can be used to knock back enemy units. Each physical attack from Sniper has a 40% chance to deal up to 110 bonus damage and push back enemies by a distance of 10. You can level up Headshot to destroy Taffy Guardians in Diretide matches. The damage dealt by Headshot can be increased by 30 at level 10 through the Talent Tree.

Take Aim is an ability that adds range to the physical attacks of Sniper. You can increase the range of Sniper by 400 by maxing out Take Aim early in the game. Players can activate Take Aim to provide a 100% chance of dealing a Headshot on Greevils and other enemy units for up to 3 seconds. Take Aim has a cooldown of 14 seconds and needs 50 mana.

You can further increase the range of Sniper by purchasing a Dragon Lance. Sniper gains an additional 150 attack range by equipping Dragon Lance in his inventory. Dragon Lance provides 15 Agility and 12 Strength, making him stronger against enemy heroes in battles.

Killing couriers can be a lot of fun in Dota 2. Most people tend to ignore couriers as they move past heroes in lanes. Destroying couriers provides bonus gold to the team and prevents enemy heroes from picking up crucial items that can be the key to their victory. 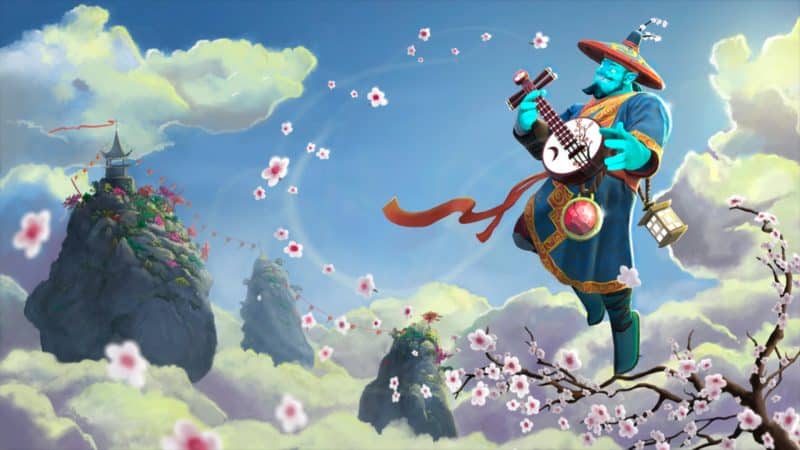 Storm Spirit can move at a fast rate across the map to find and kill his enemies. He can disable his opponents and deal bonus damage with his physical attacks after casting spells in the game.

Catching enemy couriers can be a tedious task for any hero in the game. Storm Spirit can use his ulti, Ball Lightning, to dash between lanes and neutral creep camps to kill enemy couriers. A majority of players tend to discover enemy couriers at Secret Shops on the map. Place an Observer Ward around Secret Shops to reach enemy couriers before they can deliver items to enemy heroes.