Take a look at the easiest Weekly Quests you can accomplish in Dota 2 during Week 17 of the Battle Pass 2022.

People can play Dota 2 matches with the Battle Pass 2022 to unlock robust rewards to add to their collection. Battle Pass 2022 offers players a wide range of rewards that can delight the Dota 2 community. These rewards include cool new consumables, treasures, Personas, and Arcanas that make the strategy game much more enjoyable.

You can finish several Weekly Quests at a time to earn bonus battle points with each win in Dota 2. The additional battle points that are provided by completing Weekly Quests can be used to acquire dozens of treasure chests that contain the wildest skins for familiar heroes from the Dota 2 roster.

The Ageless Heirlooms 2022 treasure, the Battle Pass Collection 2022 treasure, and the Immortal Treasure II 2022 are top rewards that can be unlocked with the Battle Pass 2022. These treasure chests include the Faction of the Feather set for Templar Assassin, the Volcanic Sanctuary set for Broodmother, and the Insight of Forlorn Precipice set for Dark Seer.

Part II of the Battle Pass 2022 has introduced players to Diretide mode in Dota 2. The new seasonal game mode involves players attacking Greevils to collect Taffy from them. You can score the Taffy collected from Greevils in the enemy wells.

Each team gets 4 wells that they have to defend against Roshan and enemy heroes. Roshan will destroy the well with the most Taffy in it, once every few minutes in Diretide mode. The first team to lose all 4 of their wells to Roshan will lose the Diretide match.

Here are the easiest Weekly Quests that you can complete during Week 17 of the Battle Pass 2022.

Kind of The Point - Deal 5000 damage to enemy buildings

Pushing lanes and destroying towers are important steps toward winning Dota 2 games. You can deal 5000 damage to enemy buildings to earn a star for the Kind of The Point Weekly Quest. Enemy buildings include towers, barracks, and the ancient in the enemy base. 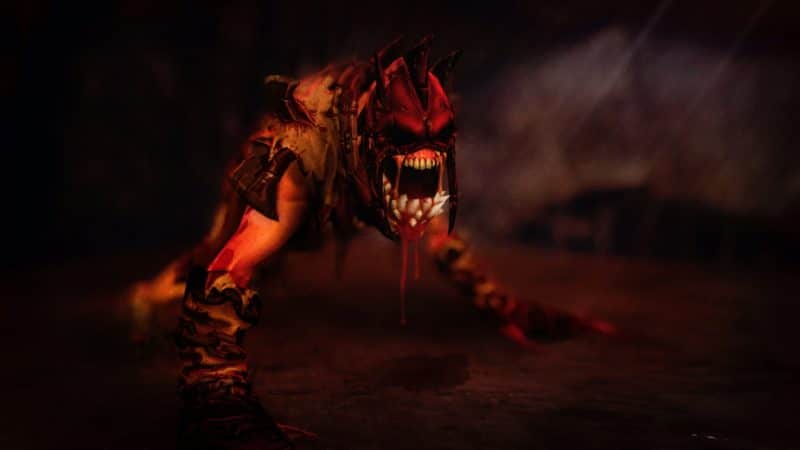 Lifestealer is a durable tank hero in Dota 2. The Strength hero can enter a state of Rage that makes Lifestealer immune to magical spells that are cast on him by enemy heroes. His physical attacks can restore a portion of his maximum health to keep him alive during battles in the game.

The carry hero is a good choice for completing the Kind of The Point Weekly Quest during Week 17. Lifestealer can use his increased movement speed and armor to safely navigate around towers without taking considerable damage from them.

Lifestealer has a base movement speed of 320. You can turn on Rage to gain up to 18% movement speed in battles. Rage makes Lifestealer immune to spells for up to 6 seconds. The active ability, Rage, has a cooldown of 18 seconds and consumes 150 mana.

You can take at least one level of Feast to provide Lifesteal to the carry hero. Feast is a passive ability that lets Lifestealer regain up to 3.4% of his enemy’s maximum health with each hit. The Lifesteal granted by Feast can pierce spell immunity.

Lifestealer can use his ulti, Infest, on nearby neutral creeps to take possession of them. You can turn away from towers that attack Lifestealer and Infest neutrals for bonus health and regeneration. Lifestealer can explode from his infested host at will to deal 400 damage to enemies in a 700 radius. Infest has a cooldown of 50 seconds and requires 150 mana to be used in the game.

Players can turn on Armlet of Mordiggian to use Unholy Strength. Lifestealer gains 25 bonus Strength, 35 bonus attack damage, and 4 bonus armor by using Unholy Strength in battles. You can easily tank damage from incoming attacks while tearing down towers with Lifestealer in the game. 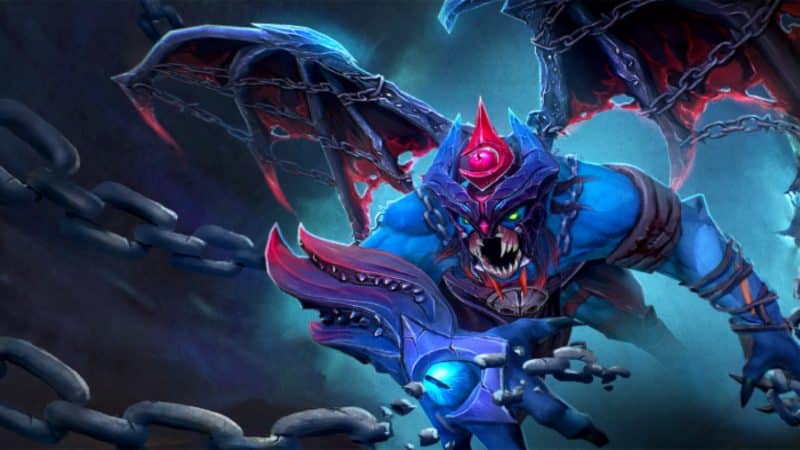 Night Stalker is a melee hero who can turn into a monster during the night. He has a range of abilities that make him capable of seeking enemy heroes out and fighting them head-on for easy kills throughout the game.

The Strength hero has a base armor of 5 that lets Night Stalker take reduced damage from towers and enemy heroes in Dota 2. You can attack enemy buildings during the night to have a better chance of destroying them while playing Night Stalker.

The passive ability, Hunter in the Night, grants Night Stalker various abilities that make it easier to eliminate enemy buildings. Night Stalker gains 40% movement speed and 80 attack speed throughout the night by leveling up Hunter in the Night. These abilities allow him to deal massive amounts of damage to enemy buildings at night, earning you at least one star for the Kind of the Point Weekly Quest during Week 17.

Support heroes play an integral role in helping the team win Dota 2 games. Placing sentry wards is a necessity in most matches and the support hero can plant these wards around the map to provide vision of invisible heroes. 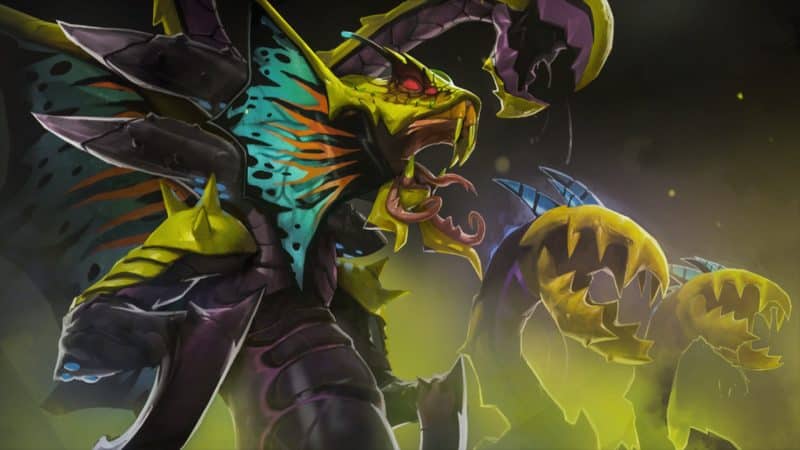 Venomancer is a support hero who can poison his enemies in battles. His abilities have a wide cast range, allowing Venomancer to strike fear into his opponents wherever he slitters. The ranged hero can plant sentry wards around the map while exploring different lanes in Dota 2 matches to earn stars for the Who Watches The Watchers? Weekly Quest.

Sentry wards cost 50 gold. The support hero can place sentry wards along with observer wards to provide vision and True Sight around an area on the map. Venomancer can use Venomous Gale to deal 125 initial damage and 105 damage every 3 seconds over time for up to 15 seconds.

Venomous Gale can be used to slow down the movement speed of invisible heroes by 50% for the duration of the spell. It has a cooldown of 18 seconds and consumes 125 mana. You can reduce the cooldown of Venomous Gale by 5 seconds at level 10 through the Talent Tree. 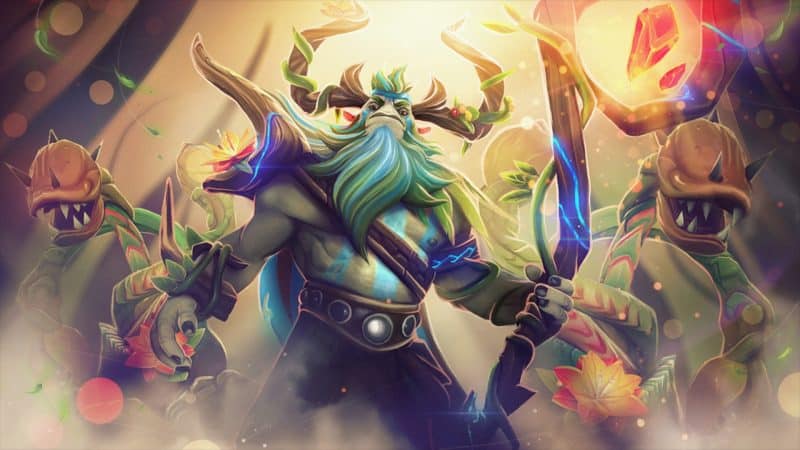 Nature’s Prophet can excel at being a support hero and a carry hero in Dota 2. People can pick Nature’s Prophet to be able to push lanes, farm in jungles, and trap enemy heroes in battles. He can help you plant sentry wards at strategic locations to gain more stars for the Who Watches The Watchers? Weekly Quest during Week 17.

He has the active ability, Teleportation, that lets Nature’s Prophet move across the map effortlessly. The Intelligence hero can instantly show up at any location on the map using Teleportation. It has a cooldown of 20 seconds and requires 50 mana.

Nature’s Prophet can restrict the movement of his enemies by using Sprout. Placing sentry wards near neutral creep camps and the Secret Shop can help Nature’s Prophet get to the right moment at the right time to kill invisible heroes like Riki and Nyx Assassin.

You can use his ulti, Wrath of Nature, to deal 185 damage to 18 enemy units. Nature’s Prophet can deal an initial damage of 185 and an additional 10% damage to enemy units per bounce. Wrath of Nature has a cooldown of 85 seconds and consumes 190 mana in the game.