Here’s a guide to help you complete Weekly Quests in Dota 2 during Week 17 of the Battle Pass 2022.

Weekly Quests are an ingenious way of improving your skills in Dota 2 and being rewarded for your efforts. You can participate in Weekly Quests by purchasing the Battle Pass 2022, which is available till January 12, 2023. Players can finish Weekly Quests that are set up each week to gain bonus battle points that can help them level up and unlock new rewards.

The exciting rewards included with the Battle Pass 2022 include new emoticons, sprays, item effects, and taunts to enhance the experience of Dota 2. People have a chance to unlock exclusive Arcanas and Personas for their favorite heroes by earning additional battle points in Dota 2.

The Conduit of the Blueheart Persona for Crystal Maiden, the Exile Unveiled Persona for Phantom Assassin, the Voidstorm Asylum Arcana for Razor, and the Claszian Apostasy Arcana for Faceless Void are among the most valuable rewards available with the Battle Pass 2022.

People can play Diretide matches, a new seasonal game mode that lets you collect Taffy and score them in enemy wells. Diretide mode was released with Part II of the Battle Pass 2022. Dota 2 players can attack Greevils and score Taffy dropped by them on the map.

You can score Taffy collected from Greevils in the enemy wells. Roshan will scour the Diretide map for the well with the most Taffy in it and destroy it from time to time. Each team has 4 wells that can defend against enemy heroes and Roshan. The first team to lure Roshan into destroying all 4 of their enemy wells will win the Diretide match.

Take a look at the Weekly Quests you can accomplish during Week 17 of the Battle Pass 2022. 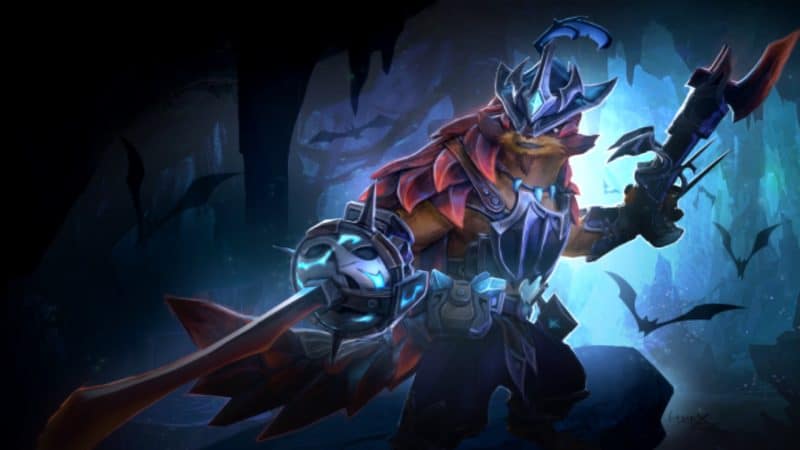 Pangolier is a carry hero who can disarm his enemies in battles. He can use his abilities to slow multiple enemy heroes during team fights and reduce their armor. The melee hero can nuke his opponents with slashes from his blade to deal damage consistently in lanes while farming in the game.

The carry hero gains a staggering 3.2 Agility per level. Pangolier can take last hits of enemy creeps and return back to safety by using his abilities. He can take the off lane in most Dota 2 games to earn more gold from killing enemy creeps. His increased attack damage and armor let him deal significant damage to enemy heroes early and increases the chance of getting easy kills before the first 10 minutes of the game.

Pangolier can dash forward using Swashbuckle and unleash 4 attacks rapidly to hit enemy units. Swashbuckle has a slash range of 1000 and deals up to 85 damage per hit. It has a dash range of 850 that lets Pangolier catch up to enemy heroes on the run within seconds.

You can use Shield Crash while Pangolier’s ulti, Rolling Thunder, is active. Pangolier can reposition himself across cliffs and ledges by using Shield Crash to gain access to areas that are blocked by obstructive pathing. Shield Crash has a cooldown of 12 seconds and requires 105 mana in the game.

Pangolier can prevent enemy heroes from using physical attacks by leveling up Lucky Shot. The Agility hero gains a 15% chance to disarm his opponents for up to 4 seconds and reduces their armor by 8.

His ulti, Rolling Thunder, can be used to turn Pangolier into a ball that is immune to magical spells. Any enemy unit that is hit by Rolling Thunder will be pushed back, taking up to 360 damage and getting stunned for up to 1.5 seconds. Rolling Thunder allows Pangolier to move at a speed of 550 for 10 seconds. His ulti has a cooldown of 70 seconds and needs 200 mana.

Pangolier can buy a Maelstrom for 2700 gold in the game. The item grants 24 attack damage to the Agility hero. Maelstrom provides a 30% chance to Pangolier to release an electric current that deals 140 damage to multiple heroes with each physical attack. People can use Swashbuckle to increase their chances of releasing Chain Lightning while Maelstrom is equipped in Pangolier’s inventory.

You can easily gain a star for the Star Player Weekly Quest by completing 2 games with Pangolier in Dota 2. Items like Maelstrom and Desolator that can modify his physical attacks can help you win more matches with the Battle Pass 2022 to earn bonus battle points during Week 17. 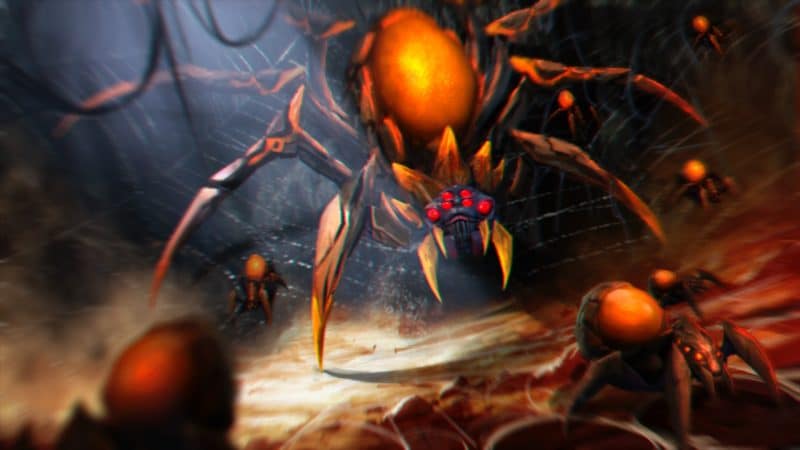 Broodmother is an evasive carry hero in Dota 2. She can spin webs to chase enemy heroes and increase her Lifesteal to drain the health of her victims with each physical attack. The Agility hero can spawn Spiderlings that can help her push lanes, destroy towers, and mutilate neutral creeps in the jungle.

The melee hero can become a terrifying hero to fight, once she has farmed her core items in the game. People can take the safe lane while playing Broodmother to be able to farm more gold between waves of creeps.

Broodmother can Spin Web anywhere on the map. She gains bonus movement speed and free movement while moving within the web that Broodmother has spun. You can spin up to 9 webs to gain 48% movement speed boost in the game. Broodmother will also gain 11 health regeneration per second and have her turn rate increased. It takes 40 mana to spin a web with Broodmother in Dota 2.

Players can launch a Silken Bola at enemy heroes while fighting them with Broodmother. Silken Bola will slow the movement speed of enemy heroes by 55% for 6 seconds. Enemy units affected by Silken Bola take an initial impact damage of 160 and have a 55% chance to miss their physical attacks in battle. Silken Bola has a cooldown of 12 seconds and needs 85 mana.

Buying a Butterfly can drastically increase your chances of winning Dota 2 games while playing Broodmother. Butterfly provides 35 Agility, 35% evasion, 30 attack speed, and 25 attack damage to the melee hero. You can purchase a Butterfly for 4975 gold in the game. You can win more games with Broodmother to earn stars for the Star Player Weekly Quest.