Gaming is no longer a niche hobby; it's gone full mainstream.

The rapid rise of gaming is unprecedented. Ten years ago, most people would laugh at you if you told them you wanted to be a “pro gamer”. Nowadays, colleges and universities offer scholarships to talented players. Streaming gameplay on YouTube and Twitch has become a legitimate career. The top gamers are making millions of dollars yearly through prize pools and sponsorships.

Competitive gaming, or esports, has seen similarly massive growth. In 2009, a total of $4M USD in prize money was awarded to esports competitors. Compare that to 2019, where tournament organizers awarded over $215M USD. In a single decade, esports grew from nothingness into a hundred million dollar market. According to experts, this may still be only the beginning for esports.

Despite all of this, America has always slacked behind in the gaming department. Gaming and esports just haven't been as popular in America as it is in other countries. Countries such as China and Japan have traditionally been the sanctuary for this modern activity. Top gamers are worshiped and adored in Japan, similar to how Americans treat Lebron James and Patrick Mahomes.

Well, that all seems to be changing now. According to the Entertainment Software Association (ESA), 214 million Americans play video games for at least one hour a day. Additionally, 75% of households claim to have at least one gamer.

Compared to the world as a whole, this is still a small number. In 2019, Newzoo reported that there were 2.3 billion gamers worldwide. Still, America is making impressive strides. Compared to the ESA’s 2019 report, 50 million more Americans became gamers in 2020. That’s a 23% growth in one year’s time.

Some may be surprised to hear that the average gamer is between 35-44 years old. Gaming is most popular in the under 18 group, but plenty of older people game as well. 73% of gamers own a console and 43% own a handheld system. 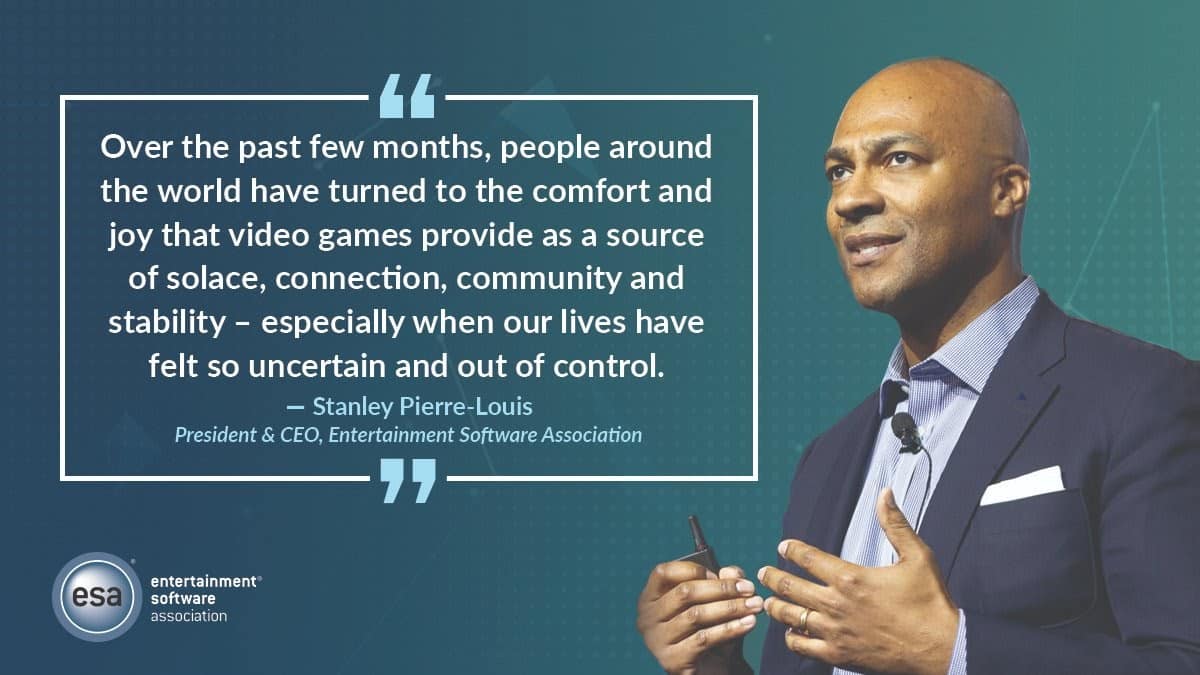 Other interesting facts from the report include:

For fans of the video game industry, a silver lining can be found amid the devastation COVID-19 has inflicted upon the world. The mandatory quarantines have given birth to a new age of gamers. People that never considered video games have started to partake in them — and enjoy them. The deadly disease has opened up America to the joy and benefits provided by video games. What was once seen as a “nerdy” activity has transformed into a respected hobby. “Everyone” is a gamer nowadays.

It’s hard to tell if and how these numbers have been influenced by the global pandemic. Some current gamers may cease to exist when the world goes back to normal. Others may have found their new favorite activity.  Regardless, this report is proof that gaming is trending up and up, and there’s no slowing down now.