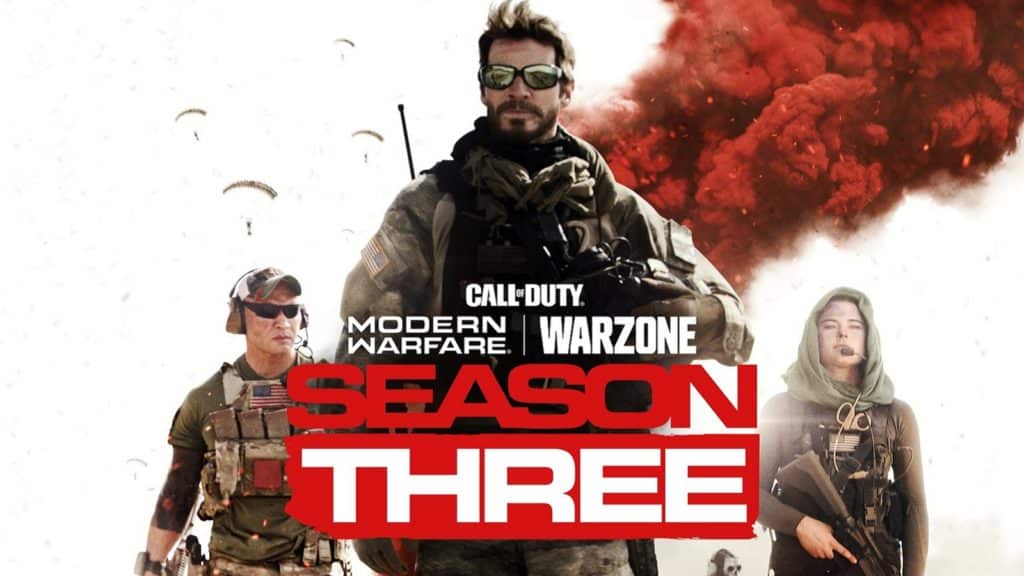 Activision and Infinity Ward are ramping up the content. The Call of Duty developers are capitalizing on the success of Warzone paired with the global pandemic keeping everyone inside.

The past few days have been action-packed with Call of Duty news. Modern Warfare 2 Remastered dropped on PS4 and Modern Warfare multiplayer was made free for the weekend. Now, Activision and Infinity Ward have announced that Season 3 will begin on Wednesday, April 8.

The company released an image teasing Season 3 for both Modern Warfare multiplayer and Warzone. The image appears to confirm the rumors of returning fan-favorite map, Backlot.

On the weapons side, the SKS is set to make an appearance in Season 3. The SKS is a semi-automatic carbine/sniper. The SKS will most likely fall in the marksman rifle category. The Renetti is the second leaked weapon. The Renetti is a well-rounded 9mm pistol.

We may end up seeing even more weapons come as Season 3 progresses. Last season, the VLK Rogue fell through the cracks and was missed by data miners.

As far as Operators go, we can expect to encounter Alex and Ronin. Alex is featured in the Modern Warfare campaign. Ronin remains a mystery. Little is known about the identity of this particular Operator.

This news comes shortly after the phenomenal success of Call of Duty’s new battle royale game mode, Warzone. According to Activision, Warzone garnered over 30 million unique players in just 10 days. This new season and Battle Pass will work to further engage this massive new player base.

Until then, Infinity Ward has a few surprises to hold fans off. From April 3-6, the standard Modern Warfare multiplayer will be free to play. Additionally, fans can expect:

Make sure you get out there and finish up those ranks and Season 2 Battle Pass before it’s gone!