ESTNN provides an in-depth guide about the Fracture map in Valorant.

It features an H-shaped structure with a spacious middle ground which is the Defender spawn of the map. The mid separates two additional biomes, which is something very unique to this map as Lead Artist Brian Yam explains it:

“A -Site is distinguished by its arid desert environment with its abandoned facilities deteriorating. B-Site is contrasted by lush, overgrown foliage left to take over the science facility.”

While it might confuse many about how this map will function, will it be hard to navigate around the map? And most importantly, does the dual biome affect the shot-calling of the players? Lead Environment Artist George Sokol clarified that by stating:

“Having two sides to attack/defend each site from was challenging in early playtests. This led to us giving each quadrant of the map a distinct visual identity so that players can get a better sense of direction and aid with clear callouts.”

What to expect from Fracture

Fracture should make for exciting gameplay and encourage players to form new ways to approach attacking and defending on the maps. With the inclusion of ziplines, players could rush a site directly. Or they can take an indirect approach by splitting and taking their time to plant the spike. With this inclusion, players might see a rise in various off-meta agents and weapons similar to the rise of long-range weapons like Guadian on Breeze.

Not only that, as the Attackers can approach the bomb sites from various angles, Defenders being in the center of the map do have options to either hold the ground or take an attacking stance on the upcoming planters. Either way, it should be a treat to watch this incredible design in its final form when it arrives in-game.

When is Fracture releasing in Valorant? 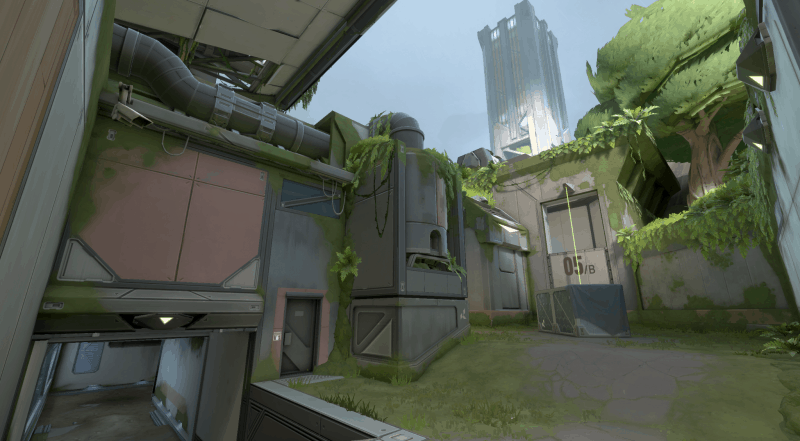 Fracture will be released with patch 3.05 in Episode 3 Act 2. In addition, there might be a separate queue for the map, just as we saw for the map Breeze. This way, Riot Games could help players prepare for the map before it makes its way to competitive play. This would also let players choose if they want to play on the new map or play on the existing maps.