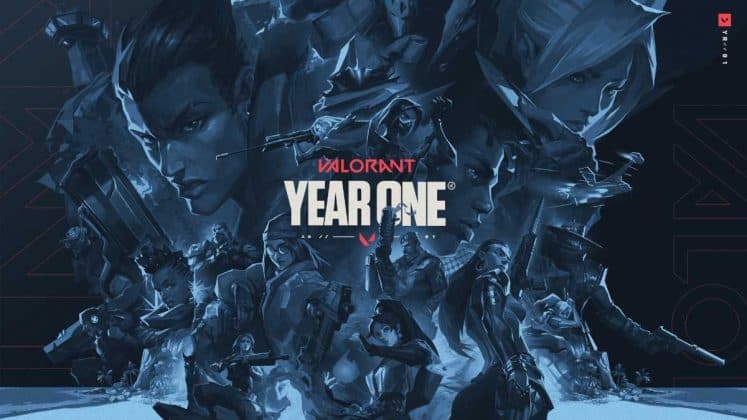 Valorant gives away freebies and hosts new events for the players to celebrate its first anniversary.

A year ago, Valorant was released and it made history within the FPS scene. It is already making its reputation as one of the most competitive FPS games in the video games industry. In addition, the esports scene has been booming after the successful VCT Iceland, even amidst the pandemic.

Releasing a game during the pandemic and retaining the current interest of the players is no easy endeavor, but Riot Games executed its plans brilliantly. The game had many new agent additions with new maps, balance updates making their appearance in the game. The developers indeed made an excellent foundation for a long-time flourishment and it will be interesting to see the way of the title in the next couple of years.

However, none of this would’ve been possible without the fans and players’ active encouragement towards the game. Therefore, the developers ensured that they would reward the players for their loyalty and love. As such, Valorant will be celebrating the first anniversary with the fans through a series of freebies and new unique events!

Here is a look at all the highlights from Valorant on this occasion.

Come celebrate VALORANT's One year with us. The VALORANT Anniversary event starts NOW! Click through for more details. (1/2) pic.twitter.com/la7Nm4hqzf

1.Night Market: The discounted randomized cosmetic store returns on June 2 to allow the players to purchase new cosmetics in the game.

2. Give Back Bundle: Did you want a particular cosmetic but could never get your hands on it? Don’t worry!

3. Player Cards: YR1 special set of player cards are divided into three episodes. Here is how to get them all:

4. Community Battle Pass: Players from every region will be able to vote for special sprays, Gun Buddies, and titles to represent their region. It will be reviewed by the developers and they will be coming to the community-powered Battlepass in Episode 4. Moreover, the voting will be done locally starting June 13.

Come celebrate VALORANT's One year with us. The VALORANT Anniversary event starts NOW! Click through for more details. (2/2) pic.twitter.com/OZq0A54fwE

Even more to look forward to

5. WWFEST: Artists from all over the globe will be participating in WWFEST this year and it starts on June 25.

6. YR1 Event Pass: How about a free Event Pass for everyone?

7. Squad Boost: From June 22 to July 26, players will be rewarded with a XP boost for playing with their friends. Therefore, playing with one or more friends will increase the effect of the XP boost for the team and make the grind in-game easier for everyone!

8. Account Leveling: Valorant Episode 3 will be adding a new way to reward players for grinding Valorant and make the overall experience sweeter