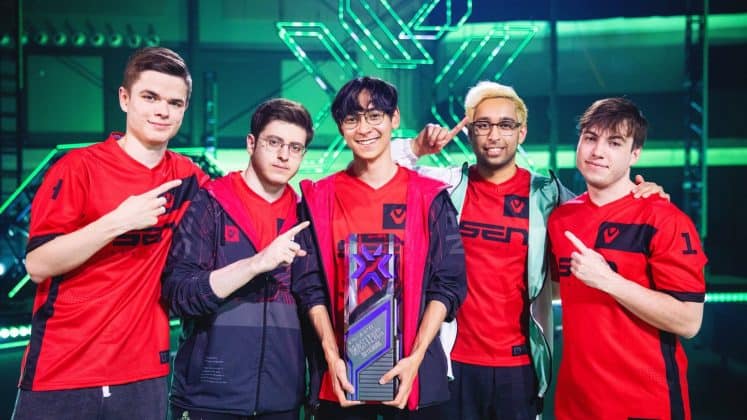 Masters Reykjavik was the largest Valorant tournament to date as we approach the title’s 1st anniversary. This was the first time that regions have been able to go toe-to-toe with one another. North America, Europe-Middle East-Africa, Brazil, Korea, Japan, and Latin America all had representatives present for the competition. While Korea, North America, and the EMEA region performed the best, each region showcased why they belong at Masters.

The Sentinels were slated as one of the best teams, if not the best team in the world, coming into Masters. Not only did they win the entire tournament without losing a series, but they also did so without dropping a single map. Out of every team that faced off against the Sentinels last week, FNATIC was the closest to taking down the goliath but still couldn’t claim a single map. There is something to be said over how effortlessly Sentinels were able to dismantle just about every team. Ever since the addition of Tyson “TenZ” Ngo, Sentinels have been on a hot streak, first claiming dominance in their region to qualify for the international event.

Most eyes were on Team Liquid and NUTURN to deliver a striking blow to Sentinels at Masters Reykjavik. This was not the case, and after a fairly one-sided victory over KRU Esports, FNATIC had their chance. Their first encounter with the Sentinels did not go well at all. In the words of James “Mistic” Orfila, “We choked.” This loss was a blessing and a curse for FNATIC, having to grind through the Lower Bracket to make it to the Grand Finals. They defeated X10 Esports, Version1, Team Liquid, and NUTURN. Despite losing to Sentinels in the Grand Finals, FNATIC ran the race and took out just about every team in Masters. The Grand Finals match was heated, going into overtime on the first two maps. Concurrently between the streams, Sentinels vs. FNATIC racked in over 1 million viewers.

Today marks Valorant’s 1st anniversary, and the title has come leaps and bounds from Project A. Not only has Valorant evolved into a complex FPS title, but the competitive scene is in a perpetual state of growth.

“From the beginning, we believed Valorant had the potential to be one of the largest esports in the world, and the best in its genre. Masters Reykjavik showcased that potential, delivering nail-biting action to millions of fans – stoking regional rivalries while introducing the next generation of superstars. We’ve been eagerly awaiting our first international competition, and the fan reception across the globe to Masters reaffirms our commitment to investing in the future of this esport.” said Sr. Director of Esports Whalen Rozelle.

On top of groundbreaking viewership, Riot has consistently expanded to underrepresented regions. North America and Europe will always occupy a major spotlight in Valorant. But Masters proved that regions like Brazil and South-East Asia have more than earned their place among the best.