Orisa has seen the most changes out of all of the Tank heroes. Some of her old abilities have carried over to the new ones in different forms, and with much-needed innovation.

Instead of the neutral, slow-moving barrier bunker original Overwatch players knew her as, we now have a more aggressive defender. With entirely new skills that not only better serve her role as a Tank, but also let her stand on her own 4 feet, here's a beginner-friendly guide on how to make the hero of Numbani the best offensive Tank in the current Overwatch meta.

Read about all the recent hero changes that came with the Season 2 patch here.

More health means more space for mistakes. Barrier has been replaced with “Javelin Spin”, a hero ability that destroys frontward enemy projectiles and cancels melee attacks against her. On top of this, Fortify is a classic Overwatch skill that Orisa kept in her kit, which makes her immune to stuns, knockbacks, and traps, and instantly gives her a 40% damage reduction. Couple this with shield health’s ability to cancel 30% of incoming hurt, and you’ve got a tank that ignores 70% of enemy offensives. Fortifying also comes with the added benefit of 75 HP overheal, and being immune to headshots throughout its 4.5-second duration.

Orisa’s 275 Armor health ranks her as the Tank with the second highest amount of armor, just under Reinhardt and D.Va’s. Be that as it may, Orisa has more than enough under her belt to eliminate the fear most first-timers get of being at the frontline. You just need to constantly switch between giving yourself a breather with “Javelin Spin” and using “Fortify” to seek cover while you wait out those cooldowns. In team fights, if possible, always look to use “Fortify” to body block Cassidy and Soldier 76 ults.

It is also important to note that Armor health does not protect against damage over time abilities like Ana’s main fire and Ashe’s Dynamite. “Javelin Spin” also doesn’t protect you from any flanking hostiles, so situation awareness is vital when you're playing as/with Orisa.

Speed bursts feel like a breath of fresh air when you play slow-moving tanks.

Besides being a great way to mitigate damage, “Javelin Spin” also gives Orisa a short 50%  speed buff that goes down to 20% for 2 seconds after the spin. The added mobility to such an important role received much approval in the community. Orisa was made more of a “raid boss” like her peers. The new ability also lets you “boop” frontal enemy heroes away from you, allowing more territory for your allies.

This brand-new ability is a fantastic new tool to create space for your allies. Orisa can now gain better control over objectives and push unwanted people away from moving payloads. More dexterity also lets her regroup with allies faster (especially in Push maps). The new Orisa can now reposition quicker, and avoid dangerous enemy AOE abilities like Sigma’s ultimate. 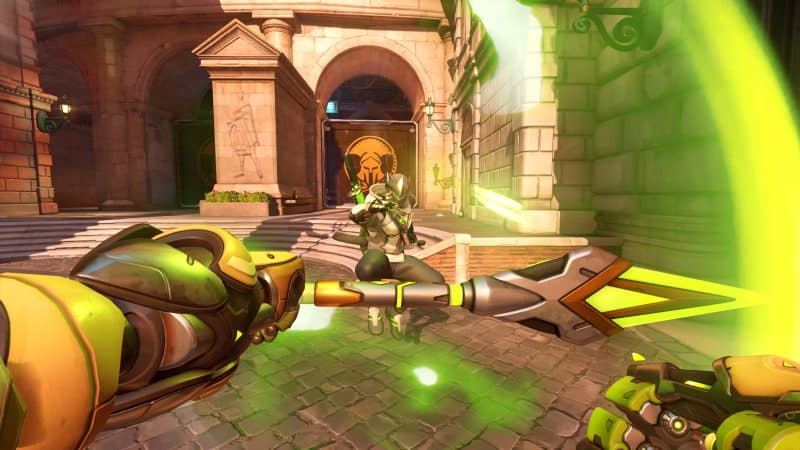 Orisa’s kit appealed to a lot of anchor tank mains when she was first released. Her “Fusion Driver” already presents a reliable fire rate that could rival Bastion's given the right aim control. Other than that, it shines as suppressive fire for your allies to get into the fray. It also helps get enemy shields taken down faster. Orisa's primary fire received a buff, increasing her damage falloff range to 25 meters. With all that in mind, Orisa’s Overwatch 2 major skill overhaul presented a new toy people playing as her have been enjoying since it came out: her Javelin.

“Javelin Toss” replaces Orisa’s gravity orb as her alt-fire. And besides dealing big damage, the arcing projectile pushes enemies back, and microstuns them. Useful for halting an enemy’s momentum, the javelin can even stop enemy ultimate abilities during their animations. “Javelin Spin” also deals 90 damage over time as you push enemies away.

Even her best defensive ability supports her DPS. Using "Fortify" also comes with 50% less heating on her "Augmented Fusion Driver", allowing you to fire longer before its recharge.

Suppressive fire can force the enemy to retreat from important checkpoints. Having damage buffs from Mercy’s staff or Ana’s Nanoboost can turn the tide during decisive moments, as can Kiriko’s "suzu". Having both of the supports focus their healing on you can even help your whole team push all the way to the enemy spawn.

The design of "Terra Smash" is a combination of every aspect of what makes her rework good, and utilizes one of her removed abilities from the past. You get the Fortify buff upon activating your ultimate, and enemies nearby immediately get pulled into you, akin to how a “Halt” ball used to work. Then, rapidly spinning her javelin over her head slows enemies within ~9 meters by 30%. The ability deals more AOE damage upon cast the longer you charge her up, 4 seconds being the maximum. In all its glory, the damage animation shows green "hardlight" spears that burst out of the ground around the Protector of Numbani.

Orisa becomes the gravity ball “center” once you hit Q, pulling enemies in as she winds up her percentage, which is more or less 1:1 to the damage she brings to combatants in close range. This ultimate is perfect for wiping out low-HP targets nearby. Terra Smash can now damage foes through enemy barriers.

Seeing how there is a massive spike of charge speed past 2.5 seconds (it goes from 30/s to 233/s), it's almost always a good deal to go for a 3-second wind-up. This lets you dish out big damage to your foes while also guaranteeing you don’t stay stationary for long. "Terra Smash" can even be used as a strategic body block if the situation calls for it. Denying an area to stall can be a decision that could make or break a close match. 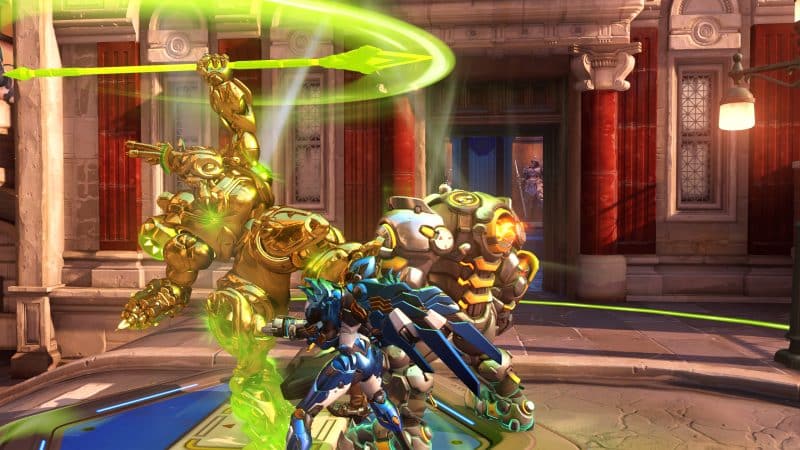 Faster and more dependable, Efi Oladele’s creation has become one of the easiest tanks to rally behind. As a tank that continues the Overwatch tradition of having a distinct flair that adds to its in-game fun factor, this big omnic with a heart shines brighter than most. Abilities that not only let your stay in the fight, but also contribute to your team’s synergy make her one of, if not the best offensive tank in Overwatch 2 right now. And it’s no wonder why characters like Orisa has helped the franchise reach an unprecedented number in its player base after almost 6 years of being known.