Here are all of the brand new tier rewards for Overwatch 2's battlepass for the new season!

Blizzard's heroic shooter is ending the year on a high note with its most spectacular battlepass yet. Despite the game's bumpy reception after an unfortunately rocky launch, long-time fans can still expect much in the way of shiny perks. Among these include a beautiful line of Greek myth-themed skins, new voice lines and more!

Overwatch 2's dangerous antagonist and leader of Null Sector, Ramattra, also enters the hero list this season. Armed with his deadly Void Accelerator, the game's newest "tempo tank" is shaking up the meta!

The Battlepass offers a free tier for free-to-play users, and reserves its best rewards for people who buy the premium pass. The upgraded version costs $9.99 worth of in-game currency, and can be bought at the in-game store. Players can spend 2200 Overwatch coins to buy 20 tiers worth of Battlepass experience to unlock two prize-filled pages immediately and get you closer to its ultimate prize: the Mythic Junkerqueen Zeus skin!

Without further ado, here's a complete list of everything inside Season 2's Battlepass! 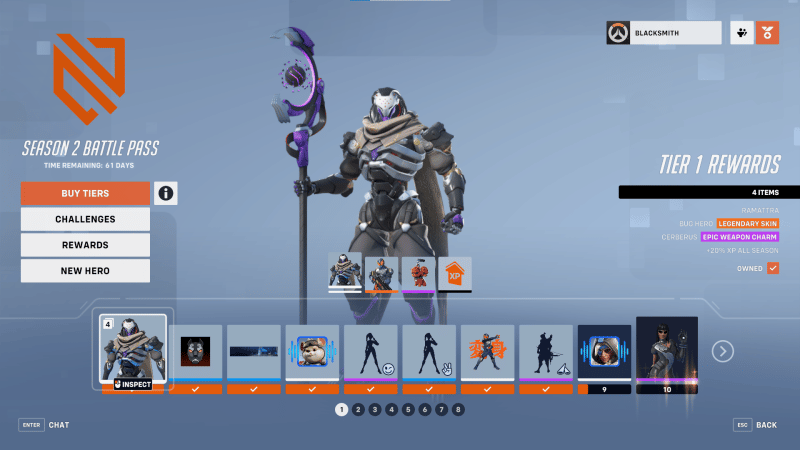 Ramattra is unlocked immediately for people who buy the premium pass, but free-to-play players can still get him at Tier 45. Here's everything you get on Page 1!

If you're curious about Overwatch's Omnic crusader, you've come to the right place. Ramattra also received a 5-part developer video series detailing the long journey he made both in and out of the game. As we await Overwatch 2's PvE to arrive in 2023, we can already expect a challenge from Null Sector if its leader is this motivated. 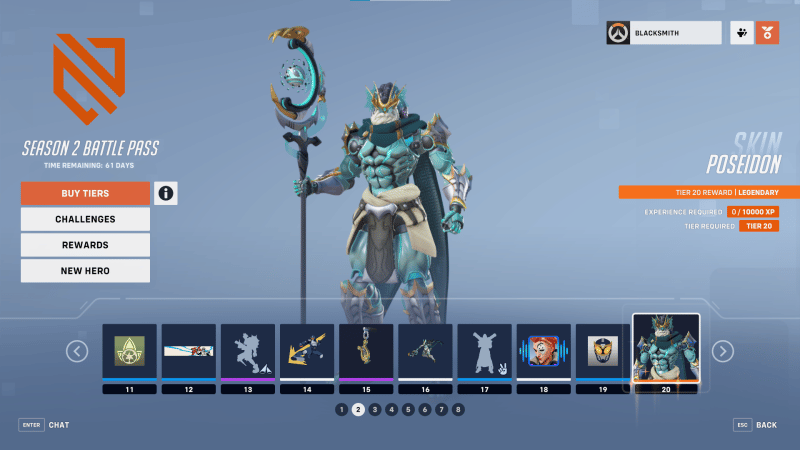 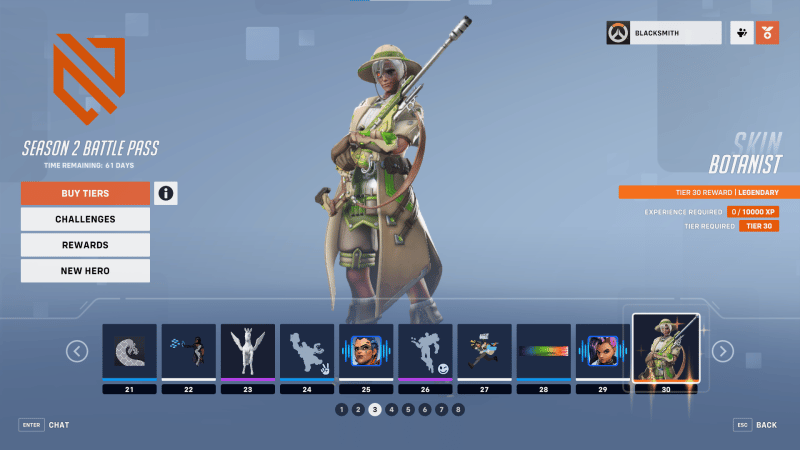 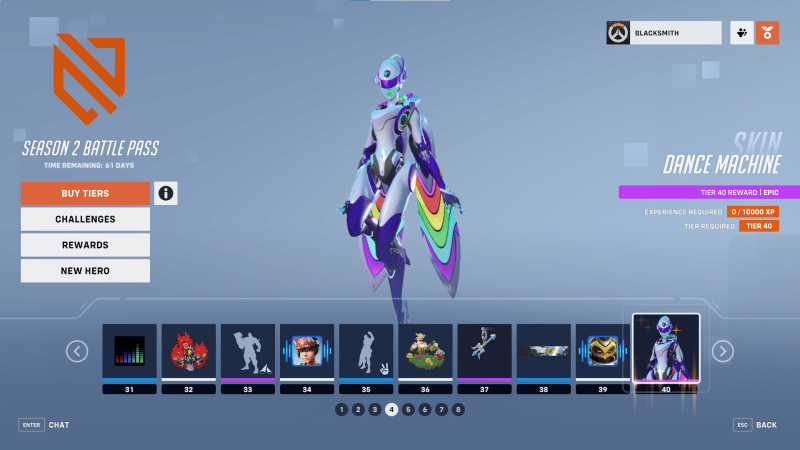 Can't get enough of Talon's warmonger? Being one of the heroes that received a much-needed tune-up, Doomfist's win-rate potential is now stronger than ever. Find out what makes him a great pick and more here. 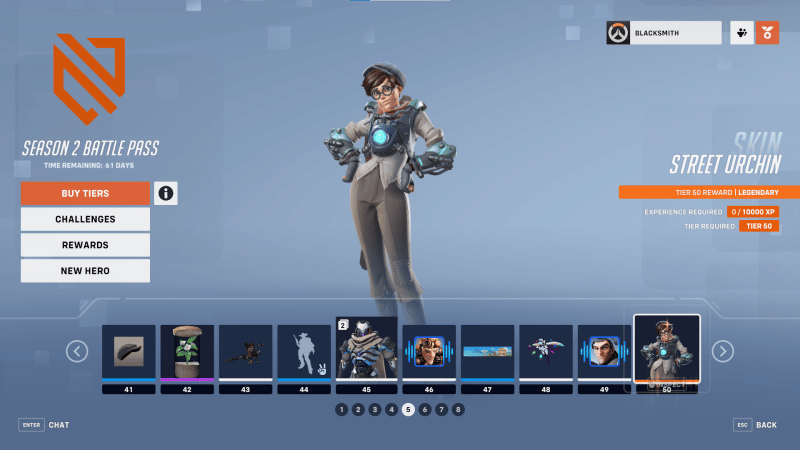 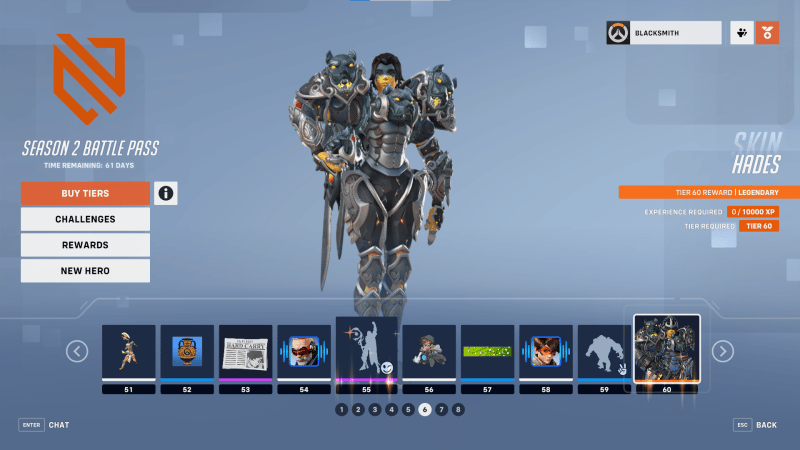 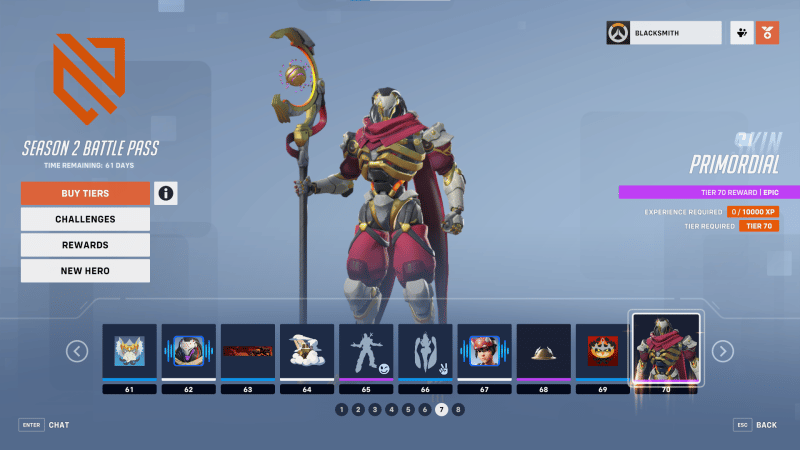 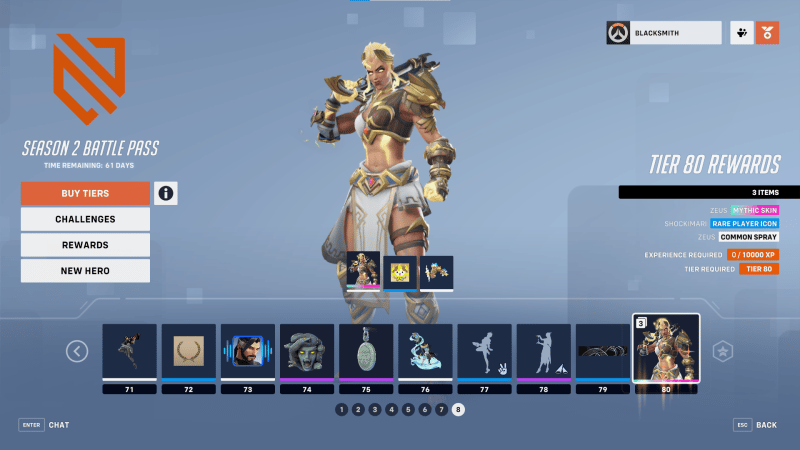 With more skins teased to make an appearance in the coming months, Overwatch 2's second season is off to a good start loot-wise. Sure there might be a few major adjustments needed for some DPS top picks (looking at you, Sojourn), but we'll just have to wait on what the Blizzard developers will decide.