Vici Gaming put on a dominating show for our final day of series at the ONE Esports Dota 2 World Pro Invitational.

We wrapped up our final day of excitement in Singapore today, as our last three teams faced off to see who would take home the lion's share of the $500,000 USD prize pool.
In case you missed out on our action-packed Finals, we've got all the results and highlights for you, right here.

Vici took out our first blood with Eurus taking a pick off on XSvampire. But the kills were one apiece by the three-minute mark. Gambit were doing their best keeping up in the kills throughout the laning phase, but they couldn’t stop Vici from building up a 3k gold advantage by the 10-minute mark.

A 15-minute smoke allowed Vici an opening to head into the Rosh pit with a 3-kill lead. With the aegis on Ori’s Templar Assassin, Vici were ready to take the fight straight to the CIS team. And they did. Gambit didn’t manage to get another kill on the board for the next 10-minutes.

It was 3–13 at 25-minutes as Vici rolled into Gambit’s base and started bringing down buildings. It seemed like Gambit weren’t even showing up and sure enough, this is when the GG came out.

Game one was a quick stomp for Vici, who held the control right from the outset of the lanes.

Vici Gaming were one up in the series and everything was on the line for Gambit.

This time they took first blood. With XSvampire taking down Eurus in the bottom lane just before two-minutes in. Unlike game one it was a better laning phase for the CIS team this time around. The kills were 5–5 at 14-minutes with 1k gold advantage for Gambit.

Then, just a few minutes later, things started to take a turn. Vici managed to take down two of Gambit’s cores in the mid lane at 16-minutes. They kept up the pressure and by the time the clock hit 17-minutes the kills were 6–10. The net worth lead was swinging back Vici’s way.

Still, this was not going to be a repeat of game one. This time, Gambit were showing up. The kills were only three apart at 26-minutes; 9–12.
Gambit managed to nab themselves another kill this was the last sign of life we saw from them for a while. Over the next ten-minutes, Vici racked up a 10-kill lead. It was 10–20 just before the clock ticked over to 36-minutes. Vici were 11k up in the gold.

Gambit had missed their window of opportunity, although they held out until the bitter end. This game belonged to Vici, and they finally closed it out at 50-minutes, 15–32. They took the series 0–2 to go on to face Evil Geniuses in the finals. 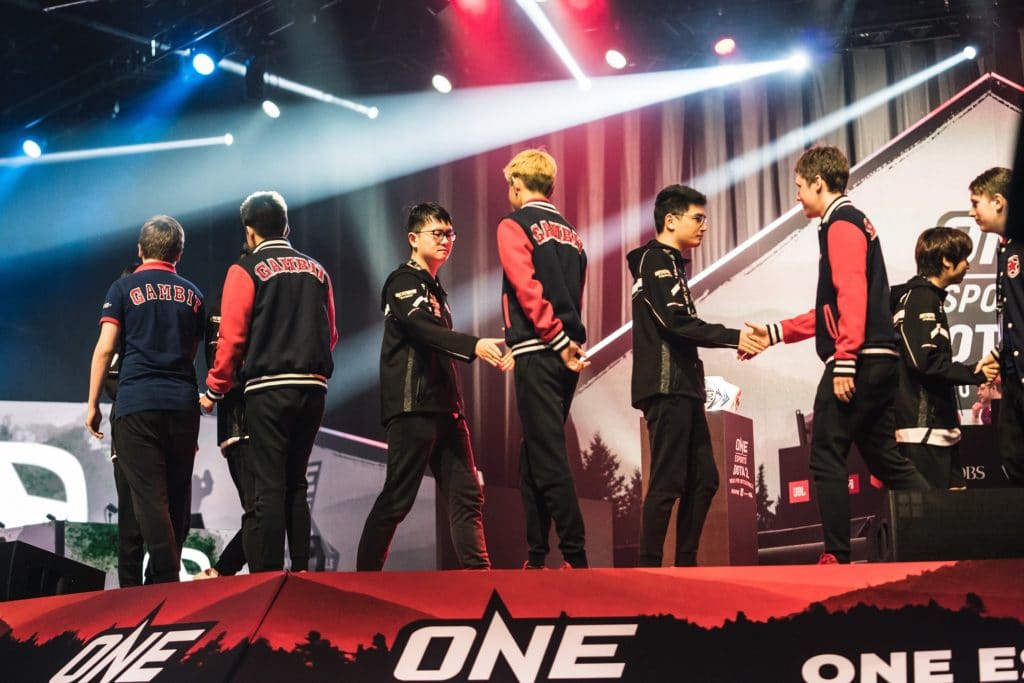 Despite the loss, Gambit put on an outstanding performance in Singapore. They went 1–1 against Vici when they faced off in the groups. And knocked down teams like Evil Geniuses and Alliance to make it to the Lower Bracket Finals.

It was clear from the draft in game one that Vici were not messing around. They had a lot of damage output with a Magnus pick for Eurus and Ori on the Viper. EG had gone for the Phantom Lancer on Arteezy and an Invoker pick for Abed in the mid lane.

Evil Geniuses seemed to have the advantage in the early game. A nice rotation by Cr1t’s Earth Spirit helped them secure first blood as Ori fell in the mid lane. From here they took kill after kill. Vici didn’t get their first kill until 11-minutes, and then the score was 7–1.

But by the 16-minute mark, things were starting to swing back Vici’s way. The kills were 8–6, and they had managed to wrest back control of the gold lead.

From this point they were like a runaway train that EG just couldn’t catch again. Eurus was just unstoppable on Magnus, going 12/1/10 over the course of the 49-minute game. It had been a good start, but game one just didn’t go EG’s way. 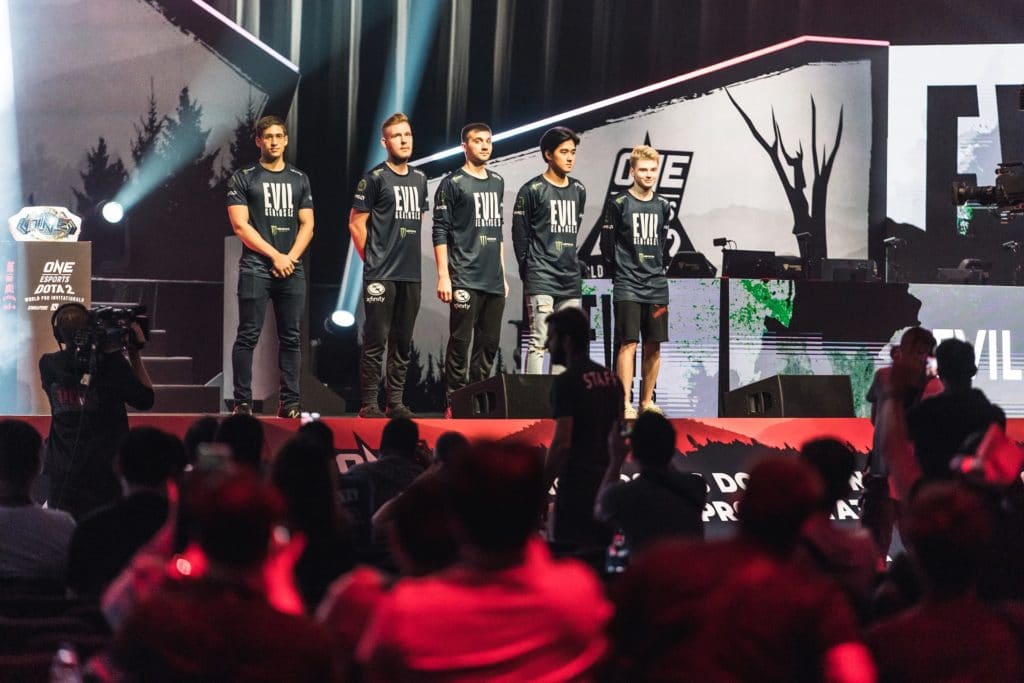 Evil Geniuses took out first blood again in game two. We saw a similar start in the laning phase with the NA team securing themselves a kill lead and a comfortable gold advantage, 4k at the 8-minute mark.

By the time this game was moving into its mid phase it looked like Evil Geniuses had it in the bag. All of their cores were farming at a fast pace and they had a 9k lead in the net worth. The kills were 16–10 at 21-minutes.

Vici managed a pick off on Abed at 24-minutes that turned into a beautiful team fight for Vici. They ended up taking down four on the side of EG to close the kill gap, 16–14.

Still, Evil Geniuses were executing some stunning fights of their own, with Cr1t accurately predicting Vici’s movements and allowing EG to find some nice pick offs on Dy and Eurus in top lane.

But Vici capitalized on every mistake made. They managed to cut EG’s gold lead down slightly, pushing into their side of the map and taking back some control. They turned an initiation by EG on its head at 36-minutes, taking the gold lead back for themselves. Vici had tricks up their sleeves, thanks in no small part to Pyw’s Rubick. His stolen Guardian Angel was what kept Vici safe during their high ground push.

A triple-kill for Ori inside EG’s base was the death knell of the game, and at 40-minutes, Vici brought the series to 0–2.

Everything was riding on this game for Evil Geniuses. Game two had looked like it was going to be their win, but their mistakes had cost them. They couldn’t afford to make them again in game three. This was Vici Gaming’s fourth match of the day, were they going to have enough fight left in them to take out this series in a clean 0–3 sweep?

EG took our first blood once again. With a toss from Cr1t’s tiny helping Abed take down Ori at the three-minute mark. They didn’t stop their aggression in the lanes their either. Cr1t took a pick off on Eurus at 5-minutes and Vici still hadn’t managed to put a kill on the board. They started to finally make moves at around the 9-minute mark, closing the gap 5–3.

Both teams were matching each other’s pace as the game moved out of the lanes. EG secured both outposts and kept putting away the kills. EG was on fire, they had a 5k net worth lead and the score was 14–7 at 19-minutes.

But Vici still didn’t really look like they were on the back foot. Eurus hadn’t lost a game on Slark so far this tournament. It wasn’t looking like he intended to let that record go. They cut down four on the side of EG in the next minute, bringing the kills to 15–11.

As the game pushed on towards 30-minutes, it seemed like every time Evil Geniuses were coming out o top. But then at 32-minutes, Vici managed to take some needed kills and shift the gold advantage back their way. By 39-minutes they were 7k up on EG in the net worth.

The game had turned, and Vici were back in control. At 46-minutes, they finally overtook in the kills and made a push for the Roshan. With the aegis on Eurus they were ready to bring the game to an end.

At 48-minutes, and with the score 22–30, Vici Gaming shut down Evil Geniuses. Taking the series in an impressive 0–3 sweep. 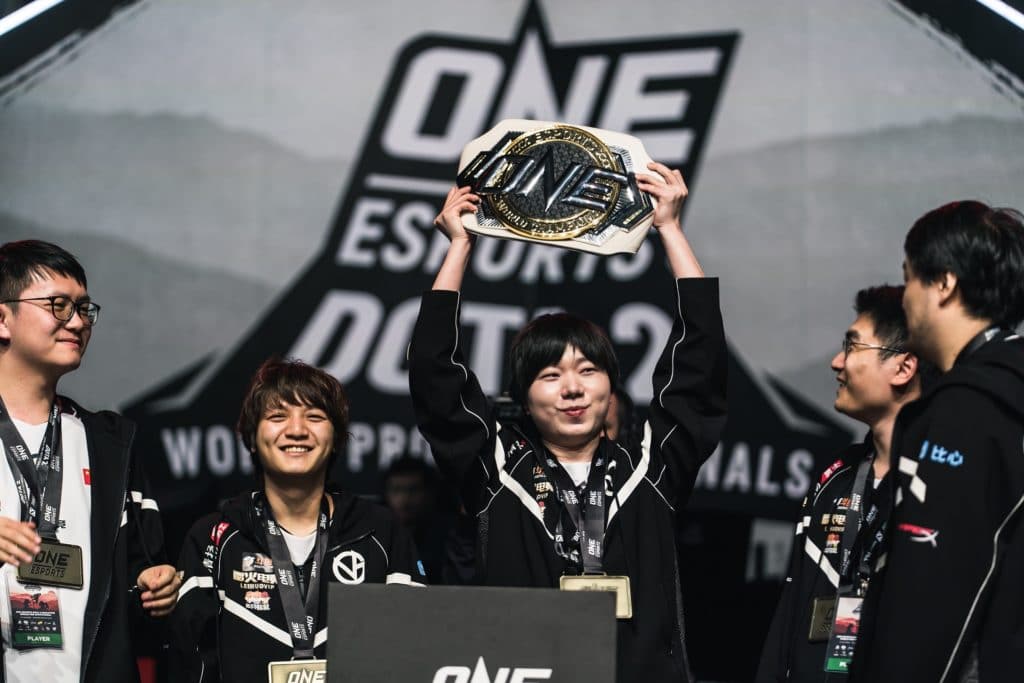 It was an absolutely outstanding day for Vici Gaming, winning five games in a row and taking the tournament from the lower bracket.

That’s all the action wrapped up from our final Dota 2 event of 2019. The DPC kicks off again January 9 2020 with the WePlay! Bukovel Minor.