The Halo Infinite competitive season is off to a rip-roaring start in the wake of HCS Raleigh. More than 200 teams ventured to North Carolina for many reasons — a $350K USD prize pool, Halo Series Points and a crack at the stunning trophy. Some sqauds featured outstanding players backed by legendary organizations, such as FaZe Clan, OpTic Gaming, Cloud9, Sentinels and more.

These four teams and five others all have something in common. Each secured a partnership before Halo Infinite even hit the market. Considering the success of HCS Raleigh, the gamble paid off for all of these well-known esports organizations. Their rosters performed on the most significant stage this season while owning real estate in Halo Infinite.

Tashi took to Twitter, informing the Halo Infinite scene of plans to allow more teams to enroll in the HCS Partnership Program:

"We are going to be opening up applications to expand the Team Partnership Program for @HCS from February - April. We'll be sharing details on how to apply and what's required publicly so that it's an open and transparent process."

All of the teams above showed their stripes at HCS Raleigh. The Kansas City Pioneers have the best case, considering their top-six placement. Apart from Complexity, none of the teams above finished worse than top 24. It's worth pointing out that all except for Status Quo are involved in other premiere esports titles such as Rainbow Six: Siege, Rocket League and more.

What’s at Stake for Partnered Teams? 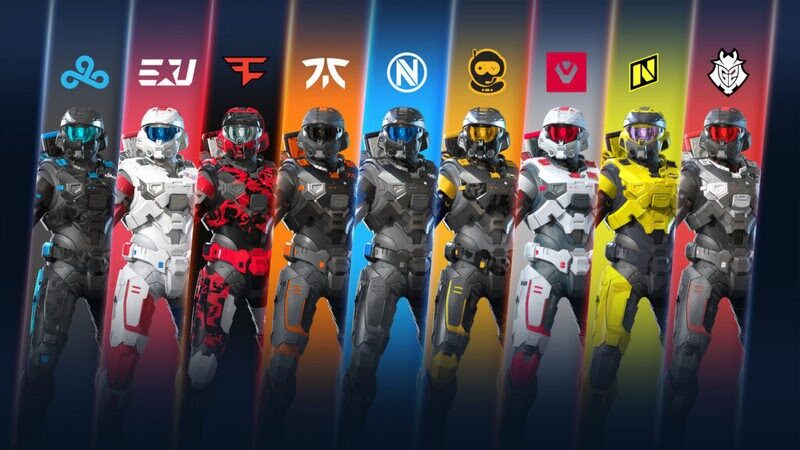 It's safe to presume an HCS Partnership would significantly elevate each of these brands. If the past is any indicator, those accepted into the program will receive in-game cosmetics and more in exchange for financial investment in the HCS. Here's an excerpt from the original HCS Partnered Teams post per Tashi:

"Each partnered team will have multiple bundles released within Halo Infinite, which the prior bundle being placed into the vault as the next one releases. Additionally, Teams will be given a wealth of content and opportunities to film content at events so that they can entertain their fans and bring in new ones. We're also hard at work at more opportunities for partnered Teams including sponsorship support, merchandise collaborations, and more. Our goal is to provide as many opportunities as possible to our partnered Teams."

The sky's the limit, and it'll be exciting to see which teams the HCS accept into this exclusive club.