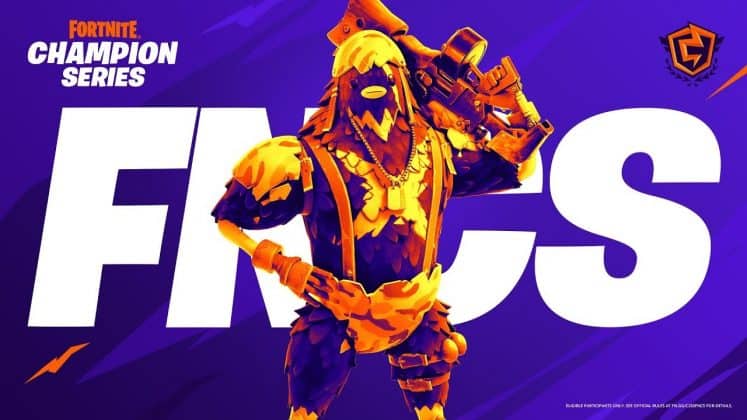 ESTNN recaps the week two FNCS qualifier and highlights all teams moving onto the Season 6 Finals.

Competitive Fortnite players across seven worldwide server regions continued their quest toward the Axe of Champions in the Season 6 Fortnite Champion Series (FNCS). Week one produced some shocking results, but more importantly, 21 teams in total guaranteed themselves a spot in the Season 6 Finals. The massive $3M USD prize pool comes into play at that time, making the qualifier performances all the more critical than in past seasons.

Week two featured compelling storylines and intense matches, as expected. Teams put forth their best efforts to accumulate the ultra-important series points, flex dominance over a particular point of interest (POI) and hopefully finish inside the top three. At this stage, time is ticking down, and thousands of teams are vying for the same achievement. Let’s take a look at how all seven regions played out.

EU FNCS Qualifier 2 is in the books and what an exciting finish we got! Here are our top 3 teams that are now into the EU FNCS Finals: pic.twitter.com/Cq3ayYLAyd

The European region produced an exciting finish and an astounding amount of points. Not a single team sat comfortably atop the leaderboard during the three-hour window. While LootBoy Queasy, Glorious TruleX and Wave Jurk3y established dominance early, the Russian trio of Kiryache32, Stormyrite and Gambit Toose stole the show in a decisive game six.

This team started strong and finished even stronger with a Victory Royale and second-place finish to close out the day for Europe. Their six-match effort included a win, 24 eliminations and an exceptional 6.17 average placement. Clutch is the perfect word to describe Kiryache32, Stormyrite and Toose, who are moving into the Season 6 Finals.

The all-Norweigan trio of Refsgaard, NVD Endretta and 100T MrSavage finally delivered on expectations in week two. After placing sixth last week, this squad accumulated 169 points with 34 eliminations. Their fifth match proved to be the defining performance as Refsgaard, Endretta and MrSavage combined for 14 eliminations and a second-place result.

Third place went to Flames FlowiS, kejseR and NotHellfire, who snagged 166 points and finished four points clear of fourth place. This team punched their ticket to the FNCS Finals with a Victory Royale in the last match. Europe never fails to deliver on the hype.

The top 3 teams kept changing game after game, but after 6 matches, here are your final top 3 teams from the NAE FNCS Qualifier 2 pic.twitter.com/oIHhp2yGmI

It should come as no surprise that the off-spawn conflict between Bugha’s trio and tahi’s trio dominated the impressions on Twitter. However, while those two teams battled it out over an in-game beef, the Chapter 2 – Season 4 Champions reigned supreme. Representing the ENDLESS esports team, Deyy, Mero and Reverse2k did what they do best in slaying their way to victory. With 163 total points, the former Axe of Champion holders compiled 31 eliminations and four top-five finishes en route to a first-place result.

Joining them in the Season 6 Finals are TrainH Saf, Liquid STRETCH and C9 Avery, who won the opening match of the week two finals. Their qualification required a game-five solo clutch by Stretch and a fifth-place finish in game six. They secured second place overall with 153 points. Despite a narrow finish, XPRT Dom, insight dusky and Spayde OT held on to third and will move straight to the FNCS Finals as a result.

Like Europe, NA East did not disappoint, and a total of nine teams have now locked up their place on the Battle Bass for May 29 and May 30.

XTRA kenshi, tsg favs and XTRA snacky own the record for most points accumulated in week two with 219 in total. They dominated the storylines and the competition in week two without breaking a sweat. Their six-March effort produced 41 eliminations and two Victory Royales. Game six was more of a victory lap as the three NA West talents are heading to the Season 6 Finals.

Second and third place came down to a duel between two teams. Pure Hyper, pearl and kloxic ultimately got the second-place nod with 167 points, whereas LITTLE, TEMPLE and zinqxz had 166. Several teams with high expectations fell below the crucial top three. They’ll have to rally in week three to lock up their spot in FNCS Grand Finals.

Brazilian players 9z H4wwk, Noble Diamondd and spitflow managed the third-highest score across all regions in week two with 199 points. They surprisingly accomplished that feat with no wins, and instead compiled 42 eliminations to cover significant ground. H4wwk, Diamondd and spitflow convincingly won week two and claimed their rightful place in the FNCS Finals along with the second and third-place teams.

JFT xalkerr, Goeg and Scammed narrowly escaped with a victory in the Oceanic region. With 176 points in total, only three points separated them from hvt bathan, HVT Zedox and GLM sio, who finished 173. The difference-maker proved to be about one elimination and a placement point since the first and second-place teams were nearly identical in all other categories. They will join Fortnite legends Jesse and Jordan, known as the X2Twins, who took third with Newbatoon.

After finishing sixth last week, Asian team Rainy, NSR みや and Yusea claimed first-place in week two and punched their ticket to the finals. They did so with 205 points, including an impressive 43 eliminations and one Victory Royale. Rainy, NSR みや and Yusea finished strong with three straight third-place finishes, which put them comfortably ahead of second by 35 points. They’ll join second and third in the Season 6 Finals in late May.

With 156 points in their pocket, TI fahad, TL Mansour and SKULLY claimed the top spot in week two for the Middle East region. Their performance included 30 eliminations which led all other teams and an average placement of 10.33. Despite not winning any of their six matches, fahad, Mansour and SKULLY are comfortably through to the Season 6 Finals along with the second and third place team, who respectively earned 148 and 147 points.

That concludes week two of FNCS Chapter 2 – Season 6. One qualifier stands between all seven regions and the semifinals. ESTNN will continue to keep you up-to-date with all the drama and storylines this season!