Fortnite: Battle Royale's first ten seasons will go down in history as some of the most fun experiences for many gamers who partook in the phenomenon. Epic Games' unique take on the Battle Royale subgenre encaptured the attention of news outlets and late-night talk shows; it also spawned careers for some legendary gaming personalities. Twitch superstar Tyler "Ninja" Blevins attributed much of Fortnite's success in popularity three years ago. The list of other famous creators who grew alongside the Battle Royale is seemingly endless.

Ali "SypherPK" Hassan and Ben "DrLupo" Lupo firmly hold a place on that list. To this day, SypherPK continues playing Fortnite while updating his near five million YouTube subscribers about all the new patches, weapons and mechanics. DrLupo does not play Fortnite regularly anymore but served as an influential player and a beloved commentator back during the seasonal skirmish tournaments and the Fortnite World Cup. These two and many others dedicated their daily streams to Epic Games' Battle Royale, but the hype surrounding Fortnite slowed over time.

The turning point for many, including Jack "CouRageJD" Dunlop, took place after the Fortnite Blackout. Epic Games made the bold decision to erase Fortnite Chapter 1's map from existence to usher in a new era. Chapter 2 did not gel with many of Fortnite's original players. Fortnite's new map, in particular, did not feature many iconic locations as before. This reworked Fortnite map coupled with skill-based matchmaking and an unfathomable skill gap spelled the end of most traditional content creators. Nonetheless, Fortnite's first wave of players still revisits the old map with fondness.

With no real context, SypherPK tweeted "Dusty Depot" to over 1 million followers on Twitter. It's difficult to piece together whether he is campaigning for the famous Chapter 1 location to return or merely revisiting the old days. For those who didn't experience Fortnite Chapter 1, Dusty Depot sat close to the middle of the map, west of Retail Row and north of Salty Springs. It featured three metal warehouses with a variety of chests and floor loot. The Season 4 meteor turned Dusty Depot into Dusty Divot, but the former returned in Season X for one final rodeo before "The End" introduced Fortnite Chapter 2. 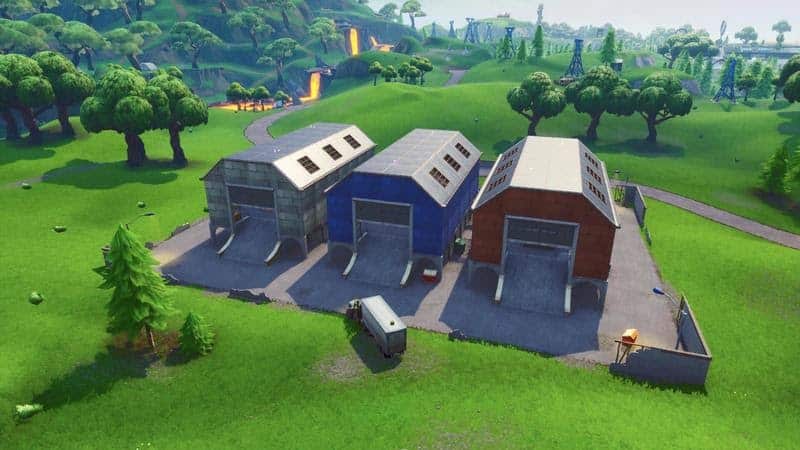 DrLupo responded to SypherPK with an all-timer response, stating "Wrong. Tilted Towers," to which SypherPK answered, "Why not both." Even people who aren't familiar with Fortnite will recognize the name Titled Towers. It became THE spot to land after its debut in Chapter 1 - Season 2. Situated slightly southwest of Loot Lake and north of Shifty Shafts close to the center of the map, Tilted Towers created an insane amount of early game fights with nearly the entire lobby. 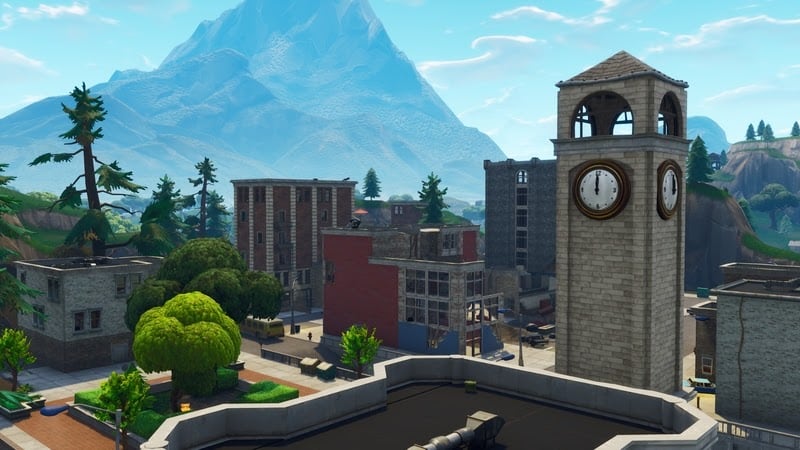 The expansive landscape included several multi-story buildings, a coffee shop, a taco house, apartments, a pawn shop, a clocktower and much more. Tilted Towers had all the loot any player could need to win a given match. Former Fortnite players NICKMERCS and Aydan made names for themselves at Tilted Towers. Players searching for the best loot and a ton of eliminations needed to look no further than arguably Fortnite's most iconic location.

Titled Towers underwent several aesthetic changes and slight alterations throughout time. It became Neo Tilted in Season 9, which added new buildings and a slipstream surrounding the location. Players could now drop on Neo Tilted, frag out and quickly rotate somewhere else with the added slipstream mobility. This re-skin of Neo Titled last until Season X, where Tilted Town took over. The final version of Tilted Towers reduced the once superb POI to a place where players could not build.

Tilted Town forced all characters into a wild west-style outfit when landing there. Tilted Town joined several other locations in the Fortnite graveyard at the end of Season X. The decision stripped a major part of Fortnite's history away from the game, which generally deterred players like DrLupo from wanting to play.

Will Fortnite's Original Map Return in the Future?

Popular Twitch streamer Nick Eh 30 chimed in last with a Flush Factory reference. The trip down memory lane poses a question worth asking, does Epic have any plans to bring back the map from Chapter 1? The fact that Salty Springs, Retail Row and Pleasant Park still exist could be a positive sign. Despite deploying a brand new map with new mechanics, Epic Games kept some homegrown locations around. Many long-time Fortnite players miss the previous map, likely due to the nostalgia it offers.

Also Read: Revisiting the Simple Times of Skirmishes - Should Epic Bring Them Back?

Tilted Towers, Dusty Depot and many others became synonymous with the game. It isn't easy to decipher what Epic plans on doing in the future. A Reddit user conjured up an interesting theory about how Chapter 2 - Season 4 could create a portal to Chapter 1. Let's not forget that Iron Man is actively working on the Battle Bus. Epic Games is full of surprises, so perhaps we will see a throwback to Fortnite's early, more humble days sometime down the line.