Fortnite: Clix Calls Out Epic Games, “I’m Being Used As A Big Example” 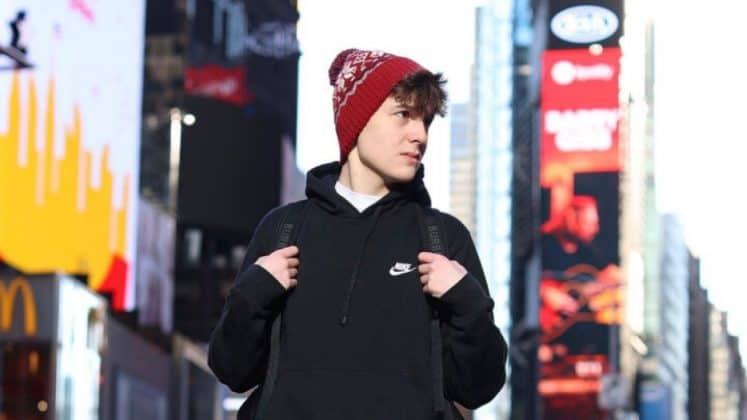 The battle between Clix and Epic Games just took another bizarre turn.

There is no love lost between professional Fortnite Battle Royale player Cody “Clix” Conrod and the game’s developer — Epic Games. Tensions have risen to unfathomable levels between the two parties over the last week. It all began with a now-deleted tweet that resulted in Clix losing his Support-A-Creator code. Mere days later, Epic doubled down on its discipline of the Fortnite superstar by forcing an established map creator to remove Clix’s name from all featured maps.

The 16-year-old took to Twitter amidst the chaos, vowing to mature and carry himself appropriately on social media and his popular Twitch streams. Clix has since reached out to Epic Games to discuss the recent punishment, but he reports radio silence from the developers. This situation went from bad to worse late last night. Clix went back on Twitter again to call out Epic. This time for making an example of him while allowing a “proven child predator” in the scene to keep his code.

This is the last time i'm going to tweet about this creator code stuff but this is something huge and I feel like social media is the only way for fortnite to hear me. Super confused and feel like i'm being targeted but me making an obvious joke tweet about slipping laxatives 1/3

The creator code loss has Clix stirring. And understandably so, considering the amount of money he forfeits due to Epic’s discipline. After supposedly contacting the developers and receiving no response, Clix once again took matters into his own hands.

“This is the last time i'm going to tweet about this creator code stuff but this is something huge and I feel like social media is the only way for fortnite to hear me,” wrote Clix in an extended Twitter thread.

“Super confused and feel like i'm being targeted but me making an obvious joke tweet.” The 16-year-old proceeded to remind his entire following about the initial joke tweet that started the chaos before calling out Epic for some questionable decisions.

“…creator “Kiwiz” a proven child predator still able to have a code and promote it to his 3.47million subscribers,” continued Clix. “Just seems that i'm being used as a big example for all of the creators in the community and it's unfair towards me since this is also such a large income of mine.”

Fortnite YouTuber Kiwiz — whom Clix referenced in the Twitter thread — was accused of exchanging explicit photos with a minor in 2016. He admitted to the transgression on Keemstar’s DramaAlert, stating that he was not aware of the girl’s age when it occurred. The behavior resurfaced last year, prompting Kiwiz to part ways with the One Percent esports organization and take a hiatus from the Internet. While still receiving support from his fan base and keeping his SAC code, Kiwiz remains a largely polarizing figure in the scene. A point that Clix wants to make clear.

Five months later, Clix has looped Kiwiz into his battle against Epic Games, hoping to understand the logic behind the Creator Code removal. Clix rounded out his Twitter thread, stating; “I know I shouldn't add others to my problems but this is the most valid point relevant to my situation. I tried contacting them but still no response.”

The general response seems split. Was it an absolute necessity for Clix to include Kiwiz in the Creator Code scandal? Some would agree with Clix and others not so much.

What is Epic’s Next Move?

Clix’s point is worth noting as he continues to search for answers. Why should he suffer such a significant loss? Considering others in the scene have done much worse from an ethical standpoint? Sure, Clix’s “toilet” Tweet was undoubtedly vulgar, but where exactly is the line?

The 16-year-old believes that Epic is making an example of his actions. But the battle between the two parties began months ago when Clix insulted Epic Games Chief Creative Officer (CCO) Donald Mustard.

Stay tuned to ESTNN for more on this developing story.