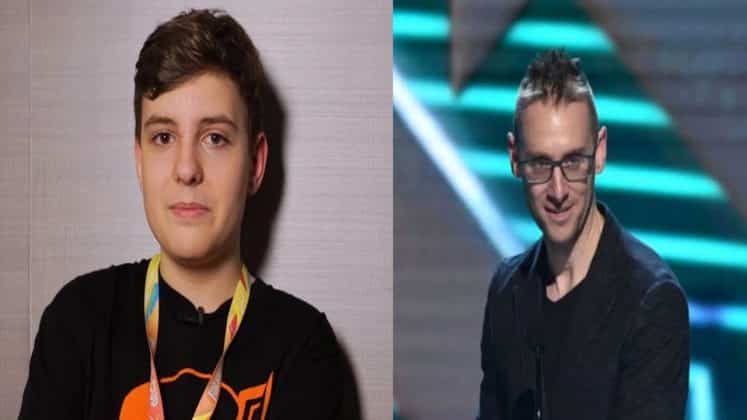 In the growing saga of young teenagers making obscene comments on Twitter, professional Fortnite player Cody “Clix” Conrod finds himself in a similar situation. Late last night, Clix made an unnecessary “joke” at the expense of Epic Games Chief Creative Officer – Donald Mustard. Just after 8:30 PM on the east coast, Mustard took to Twitter with a picture, showcasing his view of the Super Bowl 55 halftime show. Clix responded to Mustard’s tweet with safe wishes, stating, “Hope your [sic] havin a blast donny, stay safe!” It seemed innocent enough, but that message went from wholesome to wretched rather quickly.

Mere moments later, Clix followed that tweet with an insult. “u f****** bald f***,” wrote the 16-year-old Fortnite player on Twitter. It was an ill-advised comment from one of the game’s young stars, considering the number of fans that follow and idolize him. The tweet has received over 8K likes thus far, nearly 4K more than Clix’s initial post. Many of the ensuing comments under the 16-year-old’s bold Twitter message offered a variety of responses.

Some Twitter users rallied behind Clix and took the opportunity to insult Donald Mustard and Fortnite, and others wrote the tweet off as a joke. Whatever the case may be, it’s a questionable decision out of Clix, whose account boasts 1.4 million followers.

Unfortunately, this sort of behavior has become standard procedure in the competitive Fortnite scene particularly. It’s not the first time that people have targeted Donald Mustard without cause. Players regularly tweet and subtweet Epic’s CCO for anything and everything, including complaints about Fortnite prize pools and the game’s general state. Although some of the comments are tongue-in-cheek, Epic has the authority to punish players for directing insults at its employees.

Also Read: NA East Trios to Watch for Ahead of FNCS Chapter 2 – Season 5

Epic Games has issued warnings to players for conduct outside of Fortnite. Team Liquid player Stretch received a Code of Conduct message in-game due to ‘verbal toxicity’ that went down on Twitter just three months ago. Could Epic handle this situation with Clix the same way? There isn’t an answer, and it ultimately depends on how the company interprets the situation. We’ll have to wait and see if Epic takes action against Clix for his insulting tweet, which many are calling a harmless joke.