Fortnite: NA East Trios To Watch For Ahead Of FNCS Chapter 2 – Season 5 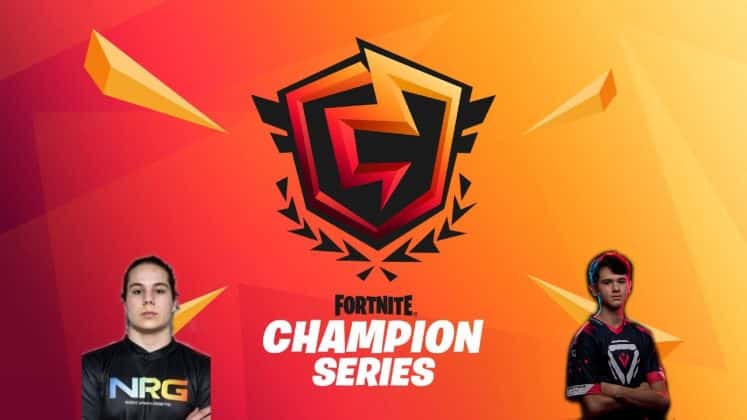 Check out the top Fortnite trios ahead of the FNCS!

Fortnite's flagship tournament is mere days away, and the competitive scene is more than ready. The Fortnite Champion Series (FNCS) is a measuring stick for the world's most talented competitors. Players have put in two months of work to learn and understand the game's newest mechanics, weapons and items in preparation to compete for a piece of $3M USD. It's been a long road, and it's almost time to see how this season plays out competitive.

The NA East region features some formidable teams vying for the Axe of Champions and the second-largest prize payout in Fortnite. After Reverse2k, Deyy and Mero stole the show last season, more are looking to step into the limelight. There are countless player combinations worth keeping an eye on this season, given the storylines and roster changes that went down. Let's set our sights on a few teams that will be in the mix in FNCS Chapter 2 – Season 5.

One of Fortnite's best duos – Acorn and Jahq – joined forces with Luminosity Gaming player Slackes early in Chapter 2 – Season 4. What transpired after that was a run of success built around these three fundamentally gifted and smart players. Acorn, Jahq and Slackes mix well together; they are one of only a few trios who stuck together through Chapter 2 – Season 5. Some of their highest placements include a Cash Cup victory and two top-tens in last season's FNCS Qualifier. In the Grand Finals of FNCS Chapter 2 – Season 4, Acorn, Jahq and Slackes finished respectably in fifth place.

This trio should maintain control of Slurpy Swamp, which works well in their favor. Although Rift Fish are no longer in the competitive loot pool, we already know how vital Floppers and other healing items will be in Season 5. Expect Acorn, Jahq and Slackes to continue their consistent run with nearly $700K USD up for grabs in Fortnite's main event.

Speaking of consistency, you might not find a more consistent trio than Cented, Edgey and Commandment. These three players have been together since Chapter 2 – Season 3, making them one of, if not the longest-standing teams to date. They've performed exceptionally well from the beginning, which translated well when trios took center stage in Chapter 2 – Season 4. Cented, Edgey and Commandment settled for second place last season, and they were only 24 points from becoming FNCS Champions. It became clear that this was one of the best trios, without a doubt.

This combination of Fortnite titans is on the precipice of their first major championship win. Their path to success would be much easier if they can maintain their chosen drop spot without any issues. Chemistry certainly has to count for something, and Cented, Edgey and Commandment have become one cohesive unit over the last three seasons.

Bugha, Clix and Bizzle might be the strangest and exciting combo to come out of Chapter 2 – Season 5's roster changes. Zayt's return to competitive Fortnite put Bugha at odds; he had been teaming with Saf and Stretch, but those two regrouped with Zayt. Bugha initially went back to former trio teammates Jamper and Avery, but it didn't last very long. The Fortnite World Cup Champion notably did not want to assume an in-game leader (IGL) role in Season 5.

On the other side, Clix and Bizzle were teammates in Season 4 but parted ways to start Season 5. The two experienced a revolving door of different alliances before deciding to team together again, this time with the World Champion and one of FNCS Season 4's third-place finishers. With Bizzle running the IGL role, Clix and Bugha can put their top notch mechanics and fragging abilities to work. It'll be a sight to behold without question, provided they can secure Sweaty Sands for themselves.

Another trio of players looking to dominate this season is Khanada, Bucke and MackWood. They have all the motivation needed ahead of FNCS Season 5. Khanada and Bucke found success last season in a team that included fellow ‘Built By Gamers' teammate Kreo. Despite their achievements, Khanada and Bucke decided to move on from Kreo in favor of MackWood, a former FNCS winner. Since Season 5 began, Khanada, MackWood and Bucke took second in a Cash Cup and played well in the winter-themed Frosty Frenzy tournament.

These three have settled on Craggy Cliffs as their chosen drop spot, which bodes well for them this entire season. Craggy is one of the best locations based purely on the abundance of fishing spots. They'll have to spawn fight during open tournaments, but Khanada, MackWood and Bucke understand the location's ins and outs. It should be an exciting season for this new trio.

I am at a point where I would regret not competing and wasting my gift for the game. With that said, yes I am coming back, sorry for everyone that I affected negatively. 2/2

Saf, Stretch and the now formerly retired Zayt are gearing up for another fruitful season of trios. Zayt's retirement nearly one month ago caught the competitive Fortnite scene off guard. However, the comfy several-thousand viewer streams did not fulfill the veteran's competitive drive. Zayt knew he'd regret not giving Fortnite his all while still being at the top of his game. Now, he rejoins Saf and Stretch, instantly becoming a candidate to win FNCS Chapter 2 – Season 5.

This trio dominated much of the last two Fortnite seasons, winning Cash Cups and placing fourth in the previous Fortnite Champion Series. An in-depth analysis isn't necessary for Zayt, Saf and Stretch. They will win more Cash Cups and be one of the favorites to claim the coveted Axe of Champions, which Zayt and Saf have already possessed. It's only a matter of time before these three are on top.