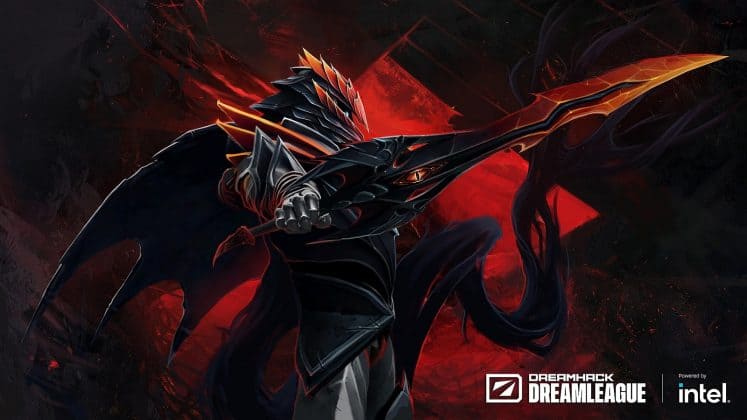 We are just one week away from the end of the DPC in Western Europe, we break down everything you need to know.

Although people thought that this was going to be the least interesting region in Dota 2, they were wrong. Western Europe is full of back-and-forth action because most teams are evenly matched. With that said, let’s check out some of the highlights of the week.

The first series in the LD was really one-sided because Vikin.gg was able to complete rip through Bald’s lineup. The first game lasted just 27-minutes, whereas the second one took around 43-minutes.

The second series that was also fun to watch was the lash between Into The Breach and No Bounty Hunter. The latter is not performing as well as people expected, which is why it wasn’t surprising that they lost. Following the victory ITB still has a chance (at least on paper) to advance to the UB.

Despite losing the first series, Bald was able to bounce back against Hippomaniacs. The first game was way more interesting to watch than the second one because both teams played really well. Sadly, Petr “Muf” Fojtík and Co. made several mistakes, which allowed their opponents to gain a significant advantage. Following the loss, the team couldn’t do much in game two as well.

After winning against Bald, Viking.gg managed to do the same versus Ghost Frogs. Even though it wasn’t easy, Maurice “KheZu” Gutmann and the rest of his team managed to take the series. This victory guaranteed Vikin.gg a spot in the Upper Division.

The last series in the LD was between Chicken Fighters and LEVELUP. CF played well in both games, but LVLUP were better and managed to take the series. Following the victory, the team secured second place for the Upper Division.

HellBear Smashers vs Brame turned out to be way more intense than we thought. Although HBS played really well, the team was unable to keep up with their opponents. As a result, Brame took the series in their favor.

It seems Alliance will be one of the teams that will get one of the spots for the upcoming Major. Nikolay “Nikobaby” Nikolov continues to show his prowess every single day and played an important role in the series against Tundra. Despite the fact that it wasn’t easy, Alliance was able to win after a dominant performance in games two and three.

After winning against Tundra, Alliance was able to do the same, this time, against Hellbear Smashers. This series wasn’t even close because the EU powerhouse gave their opponents zero chances of succeeding.

The final series of the week featured two TI champions — OG and Nigma. Even though Anathan “ana” Pham and the rest were considered the favorites, Nigma was able to bring down TI 8 and 9 champions. Both games were interesting to watch because we got to see a lot of amazing heroes. The second one was close, but Amer “Miracle-” Al-Barkawi proved yet again why he is one of the best players in the world.

After watching Alliance dominating yet another series, it was time for probably the most interesting game of the week. The series between Team Secret and Team Liquid was very anticipated because both teams played really well in 2020. However, it seems like Team Secret has a lot of problems because they have not been doing well in the last couple of weeks.

Despite the shaky performance throughout the last couple of weeks, Clement “Puppey” Ivanov and his teammates were able to win against Liquid. The first game was probably more interesting to watch than the other two because neither of the two teams had a massive lead over the other.

However, Void and Magnus are a deadly combo, especially if they get the chance to grab a few items early on. Despite having Phantom Assassin in its roster, Team Secret was unable to keep up with its opponents and lost the game.

Following the defeat, Yazied “YapzOr” Jaradat and the other team members of Team Secret definitely stepped up their game. That’s why they’ve picked things like Sven and Omniknight, two heroes that always work well together. Team Liquid tried to use Magnus once again, but this time, Secret’s brute force was too much to deal with. After another messy fight that went in favor of TS, Liquid had to prepare themselves for game three.

The third game was the most one-sided in this series because Team Secret picked Wraith King. Paired up with Magnus and Razor, the three heroes didn’t allow Max “qojqva” Bröcker and the other members of Team Liquid to shine.  They wanted to try out something new by picking Legion Commander and IO, but sadly, it didn’t work. 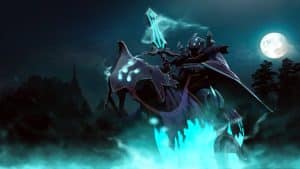