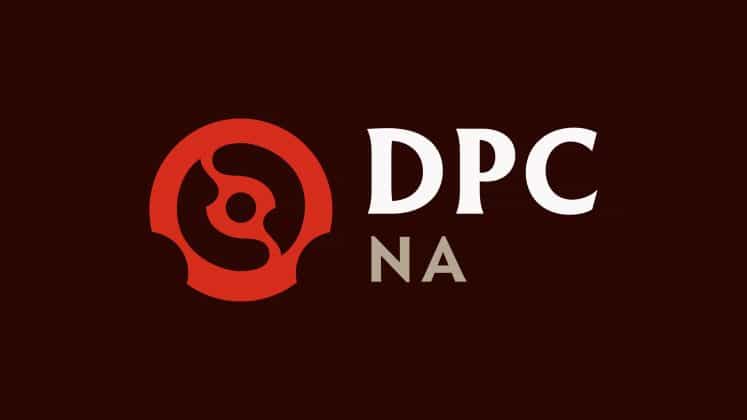 We break down all the action from the first week of Season 2 in the NA DPC League.

Season 2 is here and we’re on the way to qualifying for our next Major. We’ve got some fresh NA teams in our Upper and Lower Divisions this run, and plenty of old favorites too. Let’s take a look at how Week 1’s round-robin panned out.

Our Lower Division kicked off this week with a match-up between Team DogChamp and Felt.  The two teams faced off in Season 1, where DogChamp secured 4th place in the standings.
Felt were certainly not far behind though, taking the 5th spot in Season 1.
However, it seems like DogChamp still have the stronger side. Game 1 turned into a snowball for DogChamp overrunning Felt in 22-minutes. Their dominance continued into Game 2 and they took the first series 2-0.

Arkosh Gaming, who placed 3rd in Season 1, returned with a vengeance, cutting down the Electronic Boys, 2-0. EB placed 6th last season, narrowly avoiding elimination, so they’ll certainly be wanting to see some different results next week.

Season 2 newcomers Pecado Gaming Squad had a nice entry into the DPC this week. They managed to take their series against 5 Man Midas 2-1. Game 1 was a grueling affair for Pecado, but they took the win after 51-minutes. And while 5MM put up a good fight to take this series to 3 games. It was Pecado who came out on top.

In fact, it was a great start to the Season for our new teams all round. With our other new DPC entrant, D2 Hustlers, securing their series over Wind and Rain, 2-0.  And then closing the week with another 2-0 victory over Felt to bring them to the top of the standings this week.

Our Upper Division opened with a breezy series for 4 Zoomers, taking out newcomers PentAce 2-0.

But it was a rough first run for The Cut in the Upper Division. The team had a stellar Season 1, placing second and earning themselves the spot in the upper league. But their first week in Season 2 had them face off against two of NA’s finest, and they sadly came up short. Their first series against Undying was a brutal affair. Undying closed it out with a 20-minute stomp to take the victory 2-0.
Their next match-up against Evil Geniuses was just as bloody. Game 1 of this series was a total stomp. EG ran over everything in just 17-minutes. And The Cut only managed to land 5-kills on the board.
After falling to EG, The Cut sit in last place on the standings at the end of Week 1.

Meanwhile, last Season’s Lower Division winners, Simply TOOBASED, put up a hard fight against Black N Yellow, in what proved to be the only three-game series the Upper Division saw this week. BNY took the second game, but sTB brought things back their way for Game 3. They took this series 2-1.

However, they were not as fortunate in their final match-up against Quincy Crew. QC got plenty of experience on the main stage at the Singapore Major, and they put it to use against sTB in this series. Dominating the kills and the net worth across both games. Quincy Crew secured their Week 1 victory against simply TOOBASED with a clean 2-0.

As far as first week action goes, it’s hard to go past the searing stomp that EG delivered to The Cut.

The Cut struggled to land a kill through the ferocious 17-minute assault. EG racked up a 15-kill lead in their clean and deadly sweep to victory. They dominated the laning phase, winning everything, and then just snowballed their momentum straight to the Ancient.

Game 2 also proved to be a treat to watch, with Andreas “Cr1t-” Nielsen on Pudge creating chaos for The Cut’s defenses. It was also a fantastic game for Abed “Abed” Yusop on Beastmaster. He went 11/1/9 over the 33-minutes of this game and had himself his Agh’s by 13-minutes.

EG cleaned up the lanes again in the second game, and despite managing to hold out longer, The Cut still didn’t really manage to make a dent. EG closed the game out with a 23k lead in the net worth and an 18-kill lead.