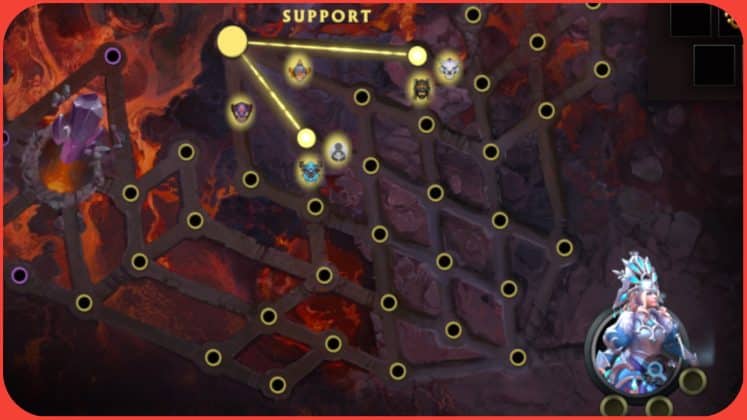 Take a look at an in-depth guide to help you unlock Crystal Maiden in Cavern Crawl for the Battle Pass 2022.

Crystal Maiden is gathering a lot of attention for her frostbitten antics and her sensational style in Dota 2. The Battle Pass 2022 that has been recently released for the game has placed great interest in Rylai, the Crystal Maiden. She is one of the three heroes that can be unlocked as part of the Cavern Crawl included with the Battle Pass 2022. The clothing and accessories of the Crystal Maiden are mostly adorned with embellishments that are cyane in color. The deeper blue tone of her newly designed set lends the Crystal Maiden the look of a bold warrior on the verge of freezing her enemies to their deaths.

Her locks of hair are tied together using cyane crystals to make her shine in battle. She wears warm boots that are made of cotton to keep her warm during matches in Dota 2. Her chest plate is made of metallic armor that keeps her safe. She uses a staff with rotating parts that make her attacks stunning to watch on the lane and during team fights.

The Crystal Maiden wears a large crown on her head to intimidate her foes when they approach the Intelligence hero. Her shoulders are padded with a feather-like material that makes her appear majestic. The Whitewind Battlemage set also includes Ambient Effects that are stunning to watch on screen. Her arms are coated with sharp metal for protection.

You can also explore the Cavern Crawl toward the extreme right to find a Style Unlock Fragment using the Battle Pass. Players can discover a Style Unlock Fragment to earn the Transmuted look for the Crystal Maiden. It includes a warm glow to her attire, and the cyane embellishments are upgraded with purple. The fresh appeal of these Mythical items will definitely impress your friends while playing together as a party.

There are dozens of heroes that you can pick to make your way across the Cavern Crawl to unlock the Whitewind Battlemage set for Crystal Maiden. You have to be familiar with playing support heroes to hasten the process of getting to the Crystal Maiden with the Battle Pass 2022. Here are the top heroes that you can choose to earn the Mythical set for the ranged hero in Dota 2. 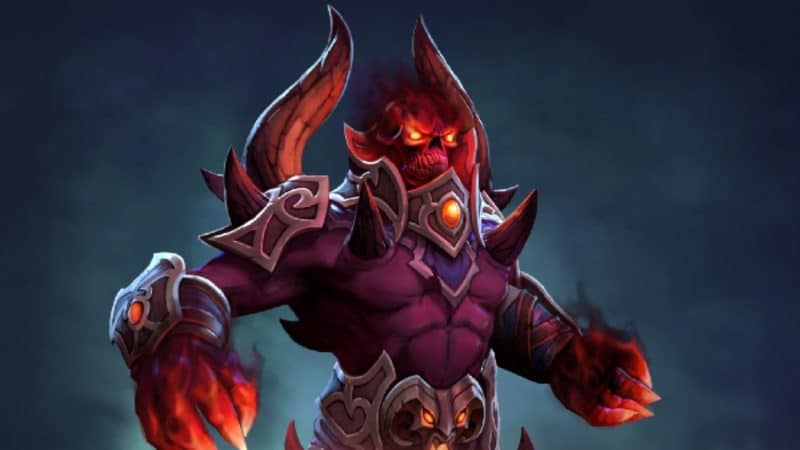 Shadow Demon is an Intelligence hero who can poison his opponents and purge them in battle. The ranged hero can strike enemies at 500 distance away from him. He has attack damage of 51 –  55. Shadow Demon has a base movement speed of 290 and a base armor of 3. He has an impressive projectile speed of 900 that can be used to quickly harass his enemies on the lane.

The Intelligence hero has 660 HP and 339 mana after being spawned into the game. His skill sets make him a frequent nuker, capable of stripping his enemies of their health over time. Shadow Poison is an ability that lets the Shadow Demon stack damage on multiple enemies.

You can max out Shadow Poison to deal 60 damage to opponents in a line. Targets hit by the wave of Shadow Poison are affected by the spell for 10 seconds. Shadow Poison can be stacked up to 5 times, and each stack deals an additional 50 damage.

You can release the poison stacked on enemies at any time to deal instant damage. It also makes him an exceptional farmer in the lane. Shadow Poison consumes 45 mana per wave and has a cooldown of 2.5 seconds. You can reduce the cooldown of Shadow Poison by 1.25 seconds at level 20 through the Talent Tree.

Disruption is an ability that lets Shadow Demon banish units for 2.8 seconds. Banished heroes are invulnerable to incoming damage. It creates 2 illusions of the banished heroes at the end of its duration. The illusions deal 75% of the attack damage and last for 14 seconds. You can also use Disruption on yourself or your allies to evade incoming spells during battle. Disruption has a 20-second cooldown and costs 120 mana to cast. You can gain an additional charge of Disruption at level 25. 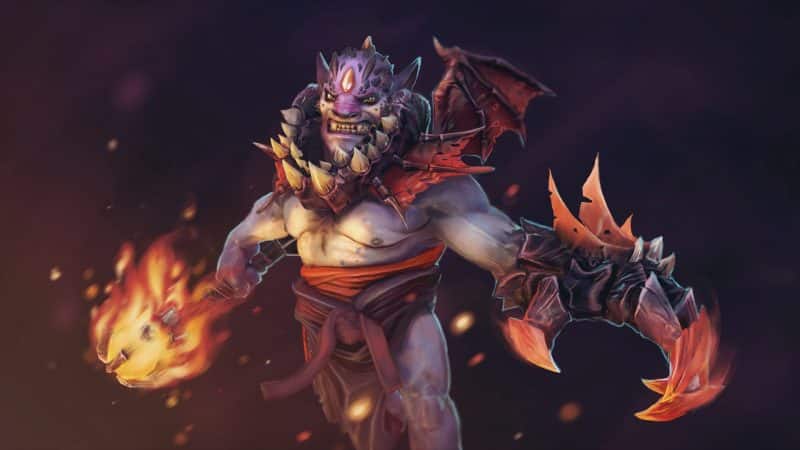 Lion is a support hero with abilities that can disable enemy heroes. The ranged hero can hit enemy units at a distance of 600 and has attack damage of 47 – 53. Lion has 560 HP and 291 mana at the start of the game. He has a base movement speed of 290 and base armor of 2.

Players can choose lion and head mid to level up fast in the match. Reaching level 6 within the first 10 minutes of the game will allow people to get easy kills on other lanes. His ultimate ability, Finger of Death, can deal 600 damage at level 6.

You will gain an additional 40 damage for every kill you get using Finger of Death. The magical spell can deal 850 damage after being fully leveled up. Buying an Aghanim’s Scepter will also increase the overall damage dealt to enemies with his ultimate ability. Finger of Death has a low cooldown of 40 seconds and requires 600 mana to be cast.

Lion can use Earth Spike to impale multiple enemy heroes, stunning them for 2.6 seconds. Earth Spike deals 260 damage to enemy units. It has a 12-second cooldown and consumes 160 mana. If you see any heroes rushing toward Lion, you can use Hex to turn them into animals for up to 4 seconds. Hex has a cooldown of 12 seconds and costs 200 mana per cast in battle. The Talent Tree skill at level 25 can be unlocked to Hex heroes in a small radius. 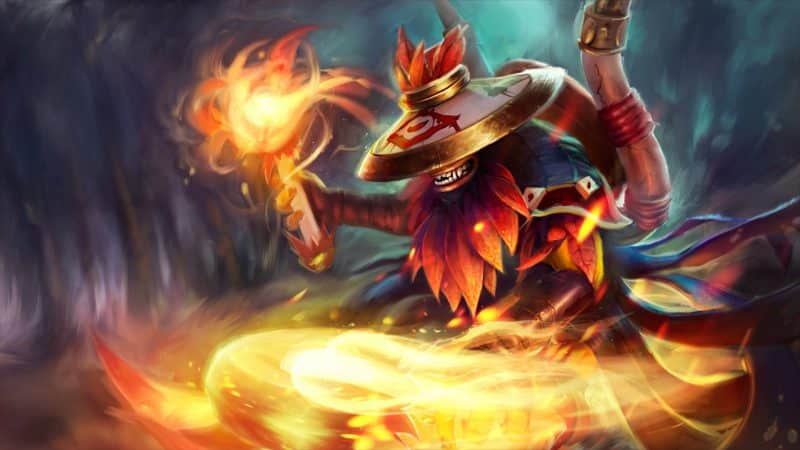 Rhasta, the Shadow Shaman, is an Intelligence hero who can take down towers effortlessly in the game. He has a 400 range on his attacks and attack damage of 65 – 72. The Shadow Shaman has a base movement speed of 285 and a base armor of 4.7. He has 660 HP and 375 mana at level 1. Rhasta gains a massive 3.5 Intelligence every time he levels up in Dota 2.

People have picked the Shadow Shaman more than 2.3 million times in the last 30 days. His versatile abilities have helped many players win matches by pushing multiple lanes and destroying towers with the Mass Serpent Ward. You have better chances of unlocking the Whitewind Battlemage set for Crystal Maiden by choosing Shadow Shaman in Cavern Crawl.

Ether Shock can be used to nuke heroes in lanes and get instant kills. It deals 320 damage and has a cooldown of 8 seconds. You can use Ether Shock to drain the health of up to 3 – 4 enemy units at once. Ether Shock consumes 160 mana per cast.

You can upgrade Shackles with an Aghanim’s Shard. The upgrade creates 4 Serpent Wards around the shackled enemy hero and attacks them while Rhasta channels his ability. The Serpent Wards created by Shackles last for up to 7 seconds.

Mass Serpent Ward is his ultimate ability that can be used to trap enemy heroes. You can use Shackles on enemies and cast Mass Serpent Ward immediately after using that spell to surround opponents in battle. It summons 10 Serpent Wards to strike enemy units, heroes, neutral creeps, Roshan, and towers in a 225 radius.

Mass Serpent Ward lasts for 45 seconds and is immune to magical spells. Each Serpent Ward can deal 120 damage per hit and requires 2 hits from enemy heroes to be destroyed. Mass Serpent Ward needs 550 mana and has a cooldown of 110 seconds in Dota 2.

You can also play Mirana, Keeper of the Light, Elder Titan, and Spirit Breaker to help you unlock the Crystal Maiden set in Cavern Crawl. Players can use Rocket Flares to explore undiscovered locations on the map to search for Style Unlock Fragments and treasure chests while attempting to unlock the Whitewind Battlemage set with the Battle Pass 2022.