You can unlock Mythical sets by competing as these carry heroes in Cavern Crawl during Battle Pass 2022.

Battle Pass 2022 has brought new and exciting challenges and rewards for Dota 2 players around the world. You can choose specific heroes to progress through Cavern Crawl to unlock Mythical sets for Juggernaut, Slardar, and Crystal Maiden. Cavern Crawl also offers treasure chests with bonus battle points that you can earn to level up faster with your Battle Pass. Make sure you play these heroes to reap your rewards in Cavern Crawl. 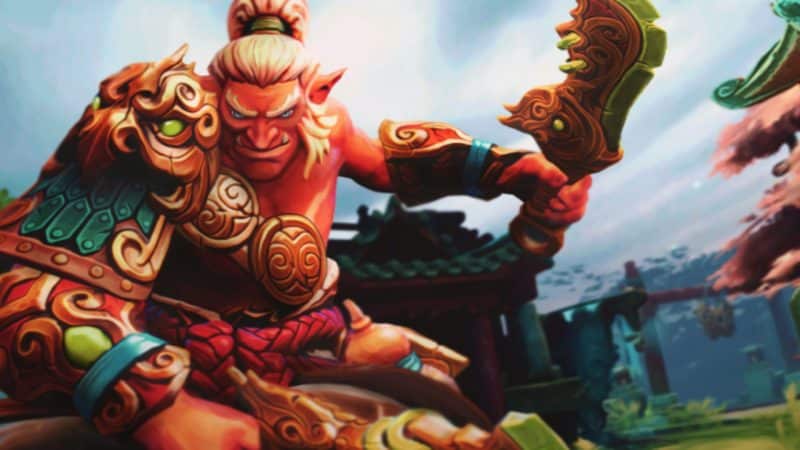 Troll Warlord is an Agility hero who can take down several enemy heroes in team fights with his quick hands. His skill sets enable him to chase enemies and decrease their accuracy while dealing damage during battles in Dota 2.

Troll Warlord can farm well in safe lane. You can stack neutral creeps between waves of creeps in the safe lane to gain bonus gold and experience. You can equip various items for Troll Warlord to achieve victory in the game based on your gameplay.

The ability to freely switch between melee attacks and ranged attacks gives plenty of options to help you trample your enemies. You can turn on Berserker’s Rage to make Troll Warlord a melee monstrosity to your opponents in the game. Berserker’s Rage offers bonus movement speed, armor, and base attack time.

You can max out fervor to gain bonus attack speed after each successive attack. Fervor can be stacked up to 12 times and provides a bonus attack speed of 30 per stack. The passive ability makes Troll Warlord a frightening adversary in battle.

Battle Trance, the ultimate ability of Troll Warlord increase his attack speed by up to 200 for 6.5 seconds. It also grants him Lifesteal of 80% and increases his movement speed by 35%. Battle Trance has a cooldown of 70 seconds and consumes 150 mana. Incoming damage does not kill Troll Warlord while Battle Trance is active, making him invincible during team fights.

You can buy Desolator for 3500 gold to pierce the armor of your opponents while playing Troll Warlord. Desolator provides 50 attack damage and equipping it early in the game can provide plenty of easy kills for Troll Warlord. It is an excellent item for carry heroes progressing through Cavern Crawl.

Troll Warlord can smash enemies with Butterfly. You can purchase Butterfly for 4975 gold to provide 35 Agility, 35 evasion, 30 attack speed, and 25 attack damage. The bonus evasion and attack speed can make it impossible to strike Troll Warlord with lethal hits. Butterfly will also increase your chances of ensnaring enemies during fights.

You can use Satanic to obtain bonus Lifesteal for Troll Warlord. Satanic provides 38 attack damage, 25 Strength, and 30% Lifesteal. You can use Unholy Rage, the active ability of Satanic to increase Lifesteal by up to 175% for 6 seconds. Battle Trance will help you avoid getting killed and activating Satanic during low health circumstances will rapidly regenerate health for Troll Warlord. 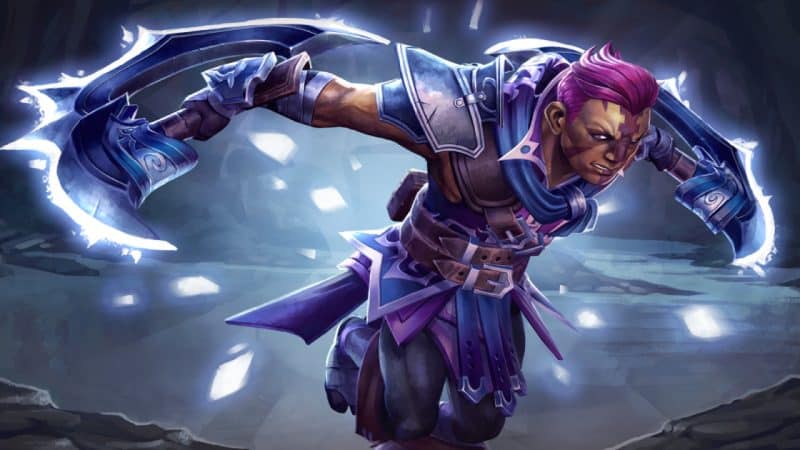 Anti-Mage is a melee hero who can shred enemies with his blades in battle. The Agility hero has a base HP of 620 and base mana of 219. He has base stats of 24 Agility, 21 Strength, and 12 Intelligence. He gains 2.8 Agility per level. Anti-Mage has a base movement speed of 310 and base armor of 4, giving him an advantage to track enemies and escape from dire situations in Dota 2.

He has a high win-rate among carry heroes in Dota 2. You’ll likely come across Anti-Mage several times while completing quests in Cavern Crawl during Battle Pass 2022. The abilities of Anti-Mage can drain heroes of their mana with each strike and destroy them after depleting their mana pool. Anti-Mage is especially tactile against Intelligence heroes who can nuke and disable heroes during battle.

Mana Break is a passive ability that can burn up to 64 mana per hit. It also deals damage to enemies based on the mana burnt. Enemy heroes who have their entire mana pool drained will have their movement speed slowed by 40% for 0.8 seconds.

Anti-Mage can redirect magical spells back to enemy heroes who cast them by using Counterspell. It also increases the magic resistance by up to 45%. It has a decreased cooldown of 3 seconds and needs 45 mana to be used.

Mana Void, the ultimate ability of Anti-Mage, deals up to 1.1 damage to enemy heroes for every missing mana point. It applies a mini-stun of 0.3 seconds and affects all enemy units in a 500 radius. Mana Void has a cooldown of 70 seconds and requires 300 mana in the game.

Battlefury is an outstanding item for melee heroes. It costs 4100 gold in Dota 2. Battlefury provides 7.5 health regeneration, 2.75 mana regeneration, and 60 attack damage. It grants the passive ability Cleave that deals 70% of the damage to enemy units in a 650 radius. Battlefury will also help Anti-Mage farm faster from jungles due to Cleave.

Manta Style is an item that can amplify the attack speed of Anti-Mage. You’ll need 4600 gold to purchase Manta Style for the Agility Hero. It provides 26 Agility, 12 attack speed, 10 Strength, and 10 Intelligence. It also grants bonus movement speed for the melee hero.

Anti-Mage can create 2 images that deal 33% of his attack damage for 20 seconds by using Mirror Image, the active ability of Manta Style. It has a cooldown of 30 seconds and consumes 125 mana to be used. You can use Mirror Image to avoid getting hit by certain spells by using it on time, making it harder to disable Anti-Mage during team fights.

Abyssal Blade can turn Anti-Mage into an unstoppable hero in Dota 2. It provides 250 health, 25 attack damage, 10 Strength, and 10 health regeneration. Abyssal Blade grants Bash, a passive ability that can provide Anti-Mage a 25% chance to stun enemy units for 1.5 seconds.

Bashed heroes take additional damage of 120. You’ll also gain Overwhelm, an active ability that can be used at any time to stun opponents for 2 seconds. It has a cooldown of 35 seconds and costs 75 mana. Abyssal Blade grants Anti-Mage a 60% chance to block 70 incoming damage. 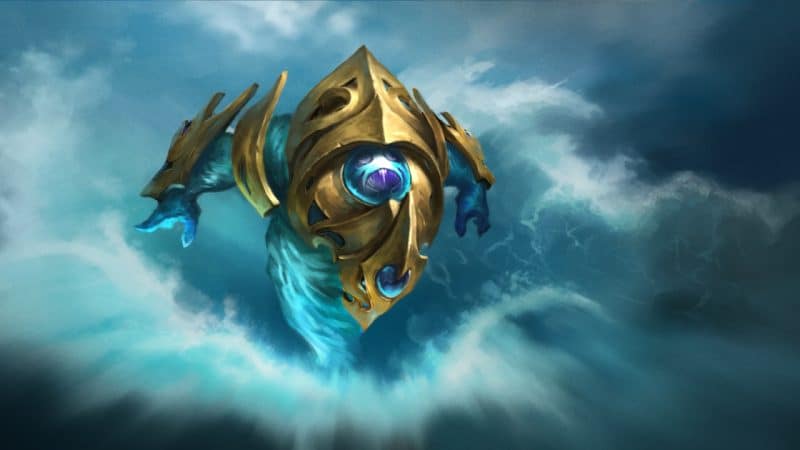 Morphling is a ranged hero with advanced abilities. It can be used to increase the attack speed or the maximum health of Morphling at will by toggling Attribute Shift. He has a base HP of 640 and a base mana pool of 303. The Agility hero has a base movement speed of 285 and base armor of 2.

The carry hero can enter combat using Waveform. It has a cast range of 1000 and deals 300 damage to all enemy units that it comes in contact with. Waveform has a cooldown of 11 seconds and consumes 130 mana. You can increase the cast range of Waveform at level 10 through the Talent Tree. Dota 2 players can also get an additional Waveform charge at level 25.

Adaptive Strike can be used to deal a portion of your Agility as damage to opponents. It has a cooldown of 10 seconds and needs 70 mana. It can also be used to stun enemies for up to 3 seconds.

Morph, the ultimate ability of Morphling, can be used to transform into the enemy hero, allowing you to use their abilities for up to 20 seconds. It has a cooldown of 60 seconds and costs 50 mana. Most players who are victorious with Morphling equip items such as Linken’s Sphere, Ethereal Blade, and Eye of Skadi. Buying items that build your stats while playing Morphling can significantly improve your chances of winning matches in Cavern Crawl.