Let’s take a look at what happened in the third week of the Clash Royale League, China.

Newbee remains in first place, but they suffered their first loss of the season. They lost to Nova, who has had an underwhelming performance thus far. This occurred during the third match of the week, and it was a nailbiter! The match went all the way to the final match of the King of the Hill set. A stellar performance from Little Chen of Nova secured the win after beating Xiaosa in the 1v1 set and countering Peas’ Goblin Barrel Mirror deck with a Miner Poison deck that included Executioner and Tornado. Newbee has a chance to maintain their lead next week with their match against JDG.

Another loss in the books means X-Quest may be digging themselves a hole they can’t get out of. Playoffs seem out of reach with only six weeks of play left. At this point, X-Quest should just be aiming to get their first victory on the board which is going to be tough since next week they face off against LGD.

Sitting in second place with a 3-1 record so far LGD is in an excellent position to take first from Newbee. LGD plays Nova and X-Quest next week, X-Quest should be a walk in the park, and Nova may put up a fight but the performance of Jiu.Bao and Auk should be too much for Nova to handle. This week Jiu.Bai took the number one spot in our rankings, dethroning Peas after waiting patiently in second place for two weeks. Jiu.Bao has only dropped two games and has a win rate of over 85%!

Both teams have a score of three wins and two losses and occupy the third and fourth ranks respectively. These are the prime contenders to fill the last two playoff spots after Newbee and LGD. Either team could take second place next week, WE beat LGD 3-2 this week, and W.EDGM lost 2-3 to LGD this week and Newbee last week. Nuomici and Higher have improved there 1v1 performance for W.EDGM moving up to 3rd and 5th in our rankings. WE has a more even distribution of results than other teams who may rely on one or two really strong players to carry the weight. There are three WE players in the top 15, which is more than any other team, and a fourth player just on the outskirts at rank 17.

In the second week of the season, Miner decks were the most popular. As expected in week three Miner was the most banned card, being banned in more than 20% of 1v1 sets. Miner still managed to be the most used win condition. What this means is that most of the time when Miner was not banned it was used. Following closely behind Miner the preferred win condition was Golem and Battle Ram, which had a few different iterations including Mega Knight, Pekka, or Exlir Collector.

Deck of the Week

Standard Battle Ram deck with strong defensive cards that can support a counter push with the fast and relatively inexpensive Battle Ram or punish opponents by applying pressure to both lanes. Card Substitutions: Pekka for Mega Knight, Baby Dragon for Inferno Dragon, Zap/Log for Barbarian Barrel, and Royal Ghost for Bandit.

In this less common iteration of Bridge Spam, the goal is to gain an elixir advantage with Elixir collectors and then create Rage induced pushes with the Lumberjack and use the extra elixir to cycle faster. 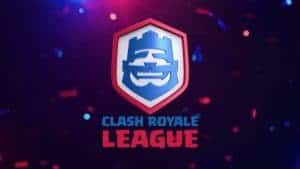 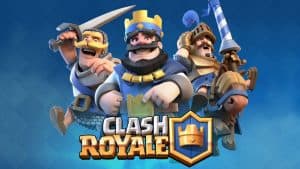 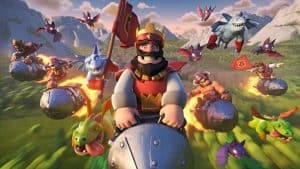