Here’s a detailed guide to help you complete Weekly Quests in Dota 2 during Week 19 of the Battle Pass 2022.

It’s the final week of the Battle Pass 2022 and people are teaming up to cash in on the exquisite rewards before time runs out. You can receive thousands of battle points by playing Dota 2 games and Diretide matches to unlock amazing rewards with the Battle Pass 2022 during Week 19.

Each week, Dota 2 community has been putting in hours of their playtime to complete challenges within the game to earn bonus battle points. People can unlock various rewards with the Battle Pass 2022 that include new skins for their most-played heroes in Dota 2.

Players with the Battle Pass 2022 can compete against each other in Diretide matches till January 12, 2023. Diretide is a newly introduced mode in Dota 2 that lets you attack Greevils to collect Taffy and score them in enemy wells.

You can defend 4 of your wells from Roshan and enemy heroes in Diretide mode. The seasonal game mode will summon Roshan to destroy the well with the most Taffy scored in it. You can ride 4 different mounts to move faster during the game in Diretide matches to gain additional Taffy from Greevils and kill enemies.

Take a look at these Weekly Quests in Dota 2 that you can accomplish during Week 19. 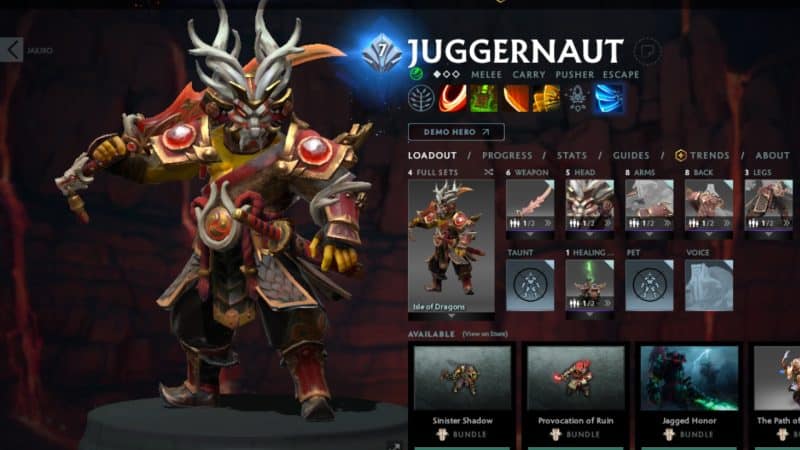 Juggernaut is a carry hero who can use his skills to initiate fights, destroy Taffy Guardians in Diretide matches, and evade magical spells from enemy heroes. Many people choose Juggernaut to spin around Greevils using Blade Fury to collect dozens of Taffy before Roshan can attack them.

The Agility hero has a base armor of 5.7, letting him take reduced damage from his opponents in battle. Juggernaut can activate Blade Fury to deal up to 165 damage to all enemy units in a radius of 260. You can become immune to magical spells for up to 5 seconds while Juggernaut spins Blade Fury around his foes in Diretide matches.

The carry hero can deal critical damage with his physical attacks by leveling up Blade Dance early in the game. The passive ability, Blade Dance, provides a 35% chance to deal 180% critical damage in battles. Blade Dance also gives 40% of the attack damage of Juggernaut as Lifesteal to restore health with every attack. Lifesteal for Blade Dance can be unlocked at level 20 through the Talent Tree.

His ulti, Omnislash, allows Juggernaut to attack multiple enemies in a radius of 425. Juggernaut can hit enemies without taking damage for up to 3.5 seconds after using Omnislash in battles. The Agility hero gains 50 bonus damage and 40 attack speed while Omnislash is active. Juggernaut’s ulti has a cooldown of 130 seconds and consumes 350 mana per cast.

You can easily kill enemy heroes using Omnislash while playing Juggernaut in Diretide mode. Items like Maelstrom and Battle Fury can help you wipe out enemies within seconds with Omnislash, helping you earn more stars for the Something Smells Sweet Weekly Quest during Week 19.

Juggernaut can plant a Healing Ward during team fights to restore health to his allies. Healing Ward restores up to 5% of his allies’ max health per second. It increases the health regeneration rate of all allies within a radius of 400. Healing Ward has a cooldown of 60 seconds and requires 110 mana to be used in the game.

You can stun enemy heroes using physical attacks by purchasing a Skull Basher for Juggernaut. The melee hero gains 25 attack damage and 10 Strength by equipping a Skull Basher in his inventory. Juggernaut gains a 25% chance to bash enemies with each attack, stunning them for up to 1.5 seconds and dealing 100 damage as a bonus. You can upgrade a Skull Basher to Abyssal Blade for bonus health in Diretide matches. Skull Basher can be purchased for 2875 gold.

Juggernaut gains 24 attack damage by purchasing Maelstrom. The item costs 2700 gold in the game. The passive ability, Chain Lightning, provides a 30% chance to release a bolt of electricity that deals 140 damage to multiple enemy units in a radius of 650. Juggernaut can destroy enemy heroes with Maelstrom to collect Taffy, providing plenty of stars for the Something Smells Sweet Weekly Quest. 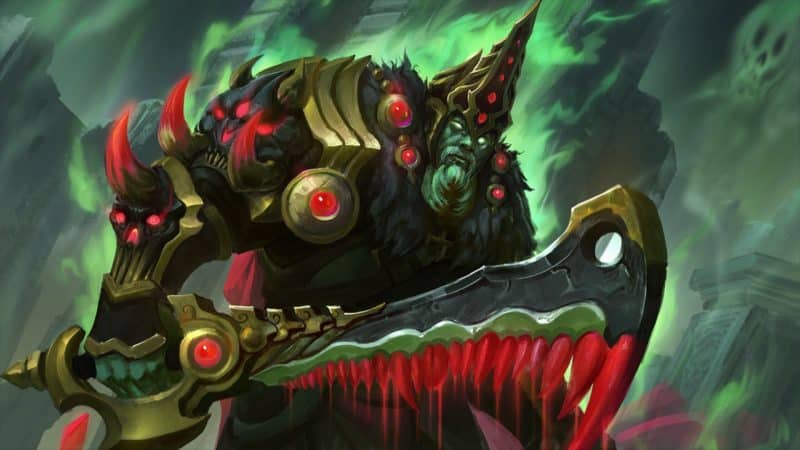 Wraith King is a dominant Strength hero in Dota 2. He can tear through enemies with his sword and stun enemies in battle. The melee hero can disable enemies while they score Taffy in your wells in Diretide mode.

His ulti, Reincarnation, can revive Wraith King once after he has been killed in battle. Wraith King can take up to 3 seconds to activate and replenishes full health and mana to the melee hero. It has a cooldown of 60 seconds and needs 180 mana.

Enemies around Wraith King will have their movement speed slowed by 75% and attack speed slowed by 75 for 5 seconds before Wraith King gets resurrected. Reincarnation can help Wraith King collect more Taffy from weakened enemy heroes to gain more stars for the Something Smells Sweet Weekly Quest during Week 19 of the Battle Pass 2022.

Wraith King can purchase Echo Sabre for 2500 gold. Echo Sabre provides 15 attack damage, 13 Strength, 10 Intelligence, 10 attack speed, and 1.75 mana regeneration to the Wraith King. The melee hero can land 2 hits at once using the passive ability, Echo Strike, after purchasing Echo Sabre. Echo Strike has a cooldown of 6 seconds and reduces the movement speed of its targets by 100% for 0.8 seconds.

All enemy units in a radius of 800 around Wraith King will be dealt 100 base damage and 150% of his Strength as damage after he blinks. Overwhelming Blink has a cooldown of 15 seconds. Wraith King can collect tons of Taffy after killing enemy heroes using Overwhelming Blink to earn plenty of stars for the Something Smells Sweet Weekly Quest during Week 19.