You can complete these Weekly Quests during Week 18 with the Battle Pass 2022 to earn bonus battle points.

People are teaming up with their friends to win thousands of battle points every week with the Battle Pass 2022. You can accomplish several Weekly Quests to unlock cool rewards to make your games more enjoyable.

These rewards include new emoticons, sprays, taunts, item effects, treasure chests, and couriers.  You can win bonus battle points to receive exclusive Arcanas and Personas for your favorite heroes in Dota 2.

The Conduit of the Blueheart Persona for Crystal Maiden, the Voidstorm Asylum Arcana for Razor, and the Claszian Apostasy Arcana for Faceless Void are among the exclusive rewards available with the Battle Pass 2022.

Players can take part in the new seasonal game mode, Diretide, to earn bonus battle points and Candy till January 12, 2023. Diretide mode lets people attack Greevils around Roshan to collect Taffy. You can score the Taffy collected from Greevils in the enemy wells.

The well with the most Taffy scored in it will be destroyed by Roshan. There are 4 wells that each team can defend to win in Diretide mode. The first team to lose all 4 of their wells to Roshan will lose the game.

Here are a few Weekly Quests that you can attempt to earn bonus battle points during Week 18 with the Battle Pass 2022.

Hitting Greevils on the Diretide map provides dozens of Taffy that can be collected. You can collect hundreds of Taffy in Diretide matches from winning games to help you acquire more stars for the Pop Goes The Greevil Weekly Quest during Week 18.

You can choose these heroes to earn more stars for the Pop Goes The Greevil Weekly Quest with the Battle Pass 2022. 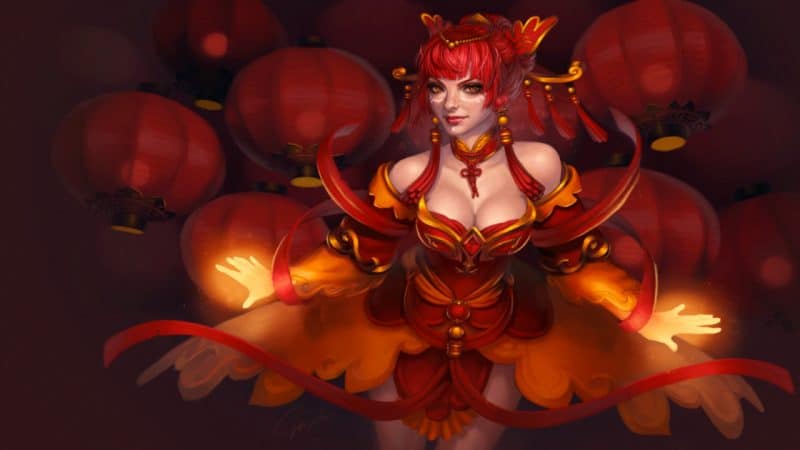 Lina is a great choice to collect more Taffy from Greevils in Diretide mode. The Intelligence hero can use her skills to destroy Greevils and stun Taffy Guardians to let her team score Taffy in enemy wells. She gains additional attack speed and movement speed with each spell she casts that can be useful while attaining more stars for the Pop Goes The Greevil Weekly Quest.

The ranged hero has a projectile speed of 1000, making it faster to cast her spells during team fights in Diretide matches. She has a base mana pool of 435 that helps her nuke Greevils and enemy heroes with her abilities.

The passive ability, Fiery Soul, increases the attack speed and movement speed of Lina after every spell she uses. Fiery Soul can help Lina hit more Greevils to earn plenty of stars for the Pop Goes The Greevil Weekly Quest. Lina can stack up to 7 spells at a time using Fiery Soul in Diretide matches. The effects of Fiery Soul can last for up to 18 seconds.

She can perish her enemies using her ulti, Laguna Blade. Lina can deal up to 900 damage with her ulti to enemy units in the game. Laguna Blade has a cooldown of 50 seconds and requires up to 450 mana per cast. You can decrease the cooldown of Laguna Blade by 25 seconds at level 25.

Players can also turn the damage dealt by her ulti to Pure damage through the Talent Tree at level 25. The high amount of damage dealt by Laguna Blade can quickly obliterate Taffy Guardians in Diretide games to help your allies score more Taffy in enemy wells. 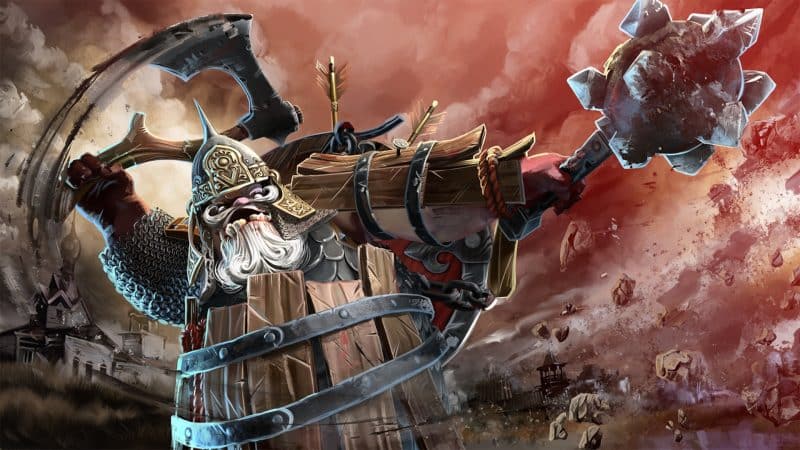 Pudge is a mighty tank hero in Dota 2. The melee hero can hook enemy heroes from unexpected locations on the map to kill them. Pudge can enter battles and disable enemy heroes with his ulti, making it easier for his allies to fight them in Diretide matches.

The Strength hero has a base attack damage of 70 - 76, letting Pudge hit plenty of Greevils in the game. Pudge can purchase items that increase his durability and his ability to take reduced damage from enemy attacks.

Pudge can launch Meat Hoots at his opponents to deal up to 360 Pure damage to his enemies in battles. Meat Hooks have a cast range of 1300, allowing Pudge to grab enemy heroes from incredibly far off distances on the Diretide map. Meat Hook has a cooldown of 12 seconds and consumes 110 mana in the game.

You can increase the damage dealt by Meat Hook and reduce its cooldown through the Talent Tree. Pudge can use Meat Hook to save his allies from dying in battles during Diretide games. Meat Hook can also be used to interrupt enemy heroes while they try to score Taffy in your wells.

Pudge can use Rot to attack multiple Greevils with his spells. The active ability deals up to 120 damage to all enemy units around Pudge in a radius of 250. Enemy units affected by Rot have their movement speed slowed by 32%, preventing Greevils and enemy heroes from escaping during team fights in Diretide mode.

Pudge’s ulti, Dismember, can be used to disable enemy heroes for up to 3 seconds. You can deal up to 120 damage per second (DPS) and an additional 0.9 damage for every Strength point Pudge has in the game. Dismember has a cooldown of 20 seconds and needs 170 mana to be used.

Players can cast Rot and Dismember after pulling enemy heroes away using Meat Hook while playing Pudge. Leveling up Rot early in the game can help you collect more Taffy from Greevils to finish the Pop Goes The Greevil Weekly Quest during Week 18. 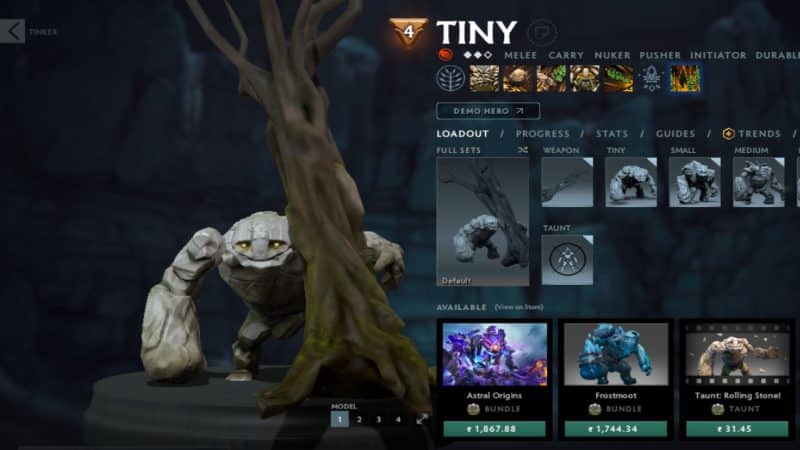 Tiny is a Strength hero who can smash Greevils on the map for additional Taffy in Diretide matches. The melee hero can stun enemy heroes and deal lethal damage to them with his abilities, making him a favorable pick in Diretide mode.

The tank hero can use Avalanche to pulverize Greevils, neutral creeps, Taffy Guardians and enemy heroes. Avalanche deals up to 300 damage to all enemy units in a radius of 370. Enemy units affected by Avalanche can get stunned for up to 1.4 seconds. It has a cooldown of 14 seconds and consumes 120 mana.

You can use Toss to disable enemy heroes and deal 300 damage to them while playing Tiny in Diretide games. Toss has a cooldown of 11 seconds and requires 140 mana. Players can use a combination of Avalanche and Toss to annihilate Greevils, letting you get tons of Taffy to earn more stars for the Pop Goes The Greevil Weekly Quest.

Tiny can use a tree around him to deal splash damage to Greevils by using Tree Grab. The tree held by Tiny can be used to hit Greevils up to 5 times and increase the range of his physical attacks by 350. Tree Grab also provides up to 100% splash damage to enemy units hit by Tiny. It has a cooldown of 10 seconds and consumes 40 mana in the game.

The Strength hero can gain bonus attack damage and bonus armor with his ulti, Grow. The passive ability, Grow, provides up to 150 additional damage and increases his armor by 20. Grow can help Tiny destroy Taffy Guardians with ease to score Taffy in enemy wells.

You can purchase Aether Lens to provide sufficient mana for nuking Greevils with Tiny. Aether Lens costs 2275 gold in the game. Tiny gains 300 mana and 2.5 mana regeneration by purchasing Aether Lens in Diretide matches. All of the items and abilities of Tiny have their cast range increased by 225. You can upgrade Aether Lens to Octarine Core later in the game to reduce the cooldown of Tiny’s abilities and items by 25%.

Tiny can root enemy units by purchasing Rod of Atos. You can use Rod of Atos to cast Cripple before casting Avalanche and Toss on enemy units. Tiny can hold an enemy unit in place for up to 2 seconds by using Cripple to root them. The item provides 24 intelligence, 12 Strength, and 12 Agility to the melee hero. Rod of Atos can be bought for 2750 gold.