These are the easiest Weekly Quests in Dota 2 for Week 19 that can help you earn bonus battle points with the Battle Pass 2022.

Dota 2 players are facing tough competition during the final week of the Battle Pass 2022 to unlock as many rewards as they can. These rewards include new sprays, emoticons, item effects, treasure chests, and exclusive consumables.

The Hides of Hostility set for Huskar, the Howls of the Northmarch set for Anti-Mage, and the Limbs of Lycosidae set for Broodmother are among the top skins that can be unlocked with the Battle Pass 2022. You can also level up with the Battle Pass 2022 to unlock new Arcanas and Personas for Crystal Maiden, Razor, Phantom Assassin, and Faceless Void.

Make the most of the last day to enjoy Diretide, the newly released seasonal game mode within Dota 2. Players can attack Greevils around the map to collect Taffy that can be stored in your enemy wells. Roshan will emerge out of his pit to attack and destroy the well with the most Taffy scored in it from time to time. The first team to lure Roshan into destroying all 4 of their enemy wells will win the Diretide match.

Take a look at the easiest Weekly Quests that you can achieve during Week 19 with the Battle Pass 2022. 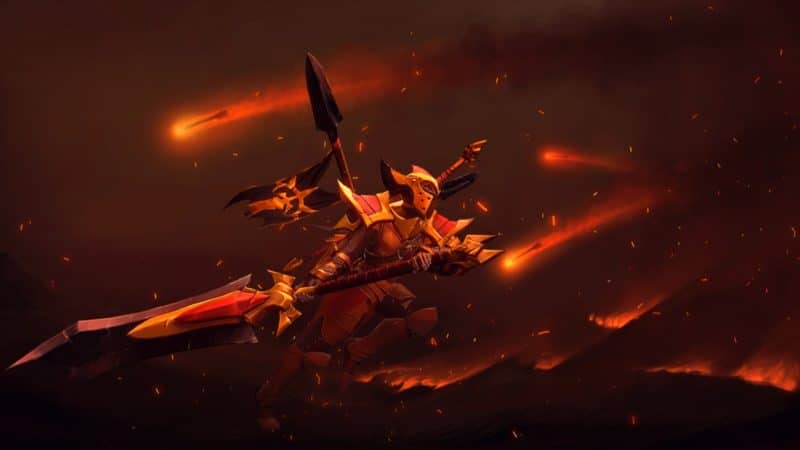 Legion Commander is a ferocious Strength hero in Dota 2. She can use her abilities to rapidly increase the attack speed and health regeneration rate of her allies to help the team survive battles longer. The melee hero gains permanent damage for every successful Duel that she wins in the game, making Legion Commander a mighty carry hero.

The Strength hero can take the off lane to earn gold and experience in the game. She has a base attack damage of 60 - 64, making her capable of taking last hits with ease in the off lane. She can use her skills like Overwhelming Odds and Moment of Courage to clear waves of enemy creeps in the off lane without taking lethal damage.

Legion Commander can turn the tide of battle while fighting her enemies by using their strength in number against them. She can cast Overwhelming Odds on enemy creeps and enemy heroes to gain bonus movement speed in the lane.

Legion Commander is among the strongest carry heroes in Dota 2. She has a 25% chance to restore 85% of her attack damage per hit by maxing out Moment of Courage. The passive ability, Moment of Courage, has a cooldown of 0.7 seconds. You can increase the Lifesteal of Moment of Courage by 50% at level 25 through the Talent Tree.

Her ulti, Duel, can be used to force enemy heroes to attack Legion Commander for up to 5.5 seconds. She gains 30 bonus attack damage for every kill she claims while Duel is active. Legion Commander and her opponent will be unable to cast other abilities or use items after Duel is cast on the enemy hero. Duel has a cooldown of 50 seconds and needs 75 mana to be used in the game.

Many people prefer to use Press The Attack before using Duel to increase their attack speed significantly. The increased attack speed and health regeneration rate will help Legion Commander and her allies defeat opponents in battle. The Strength hero can be made immune to spells for 1.5 seconds by casting Press The Attack after she reaches level 25.

The Strength hero can turn invisible by using Silver Edge to get closer to enemy heroes in battle. Silver Edge provides 52 attack damage and 35 attack speed to the Legion Commander. The item costs 5450 gold in the game. She can use Shadow Walk by activating Silver Edge to become invisible to enemy units for up to 14 seconds.

Legion Commander gains 25% bonus movement speed while Shadow Walk is active and deals a bonus damage of 175 to the first enemy unit she attacks. Shadow Walk will disable all passive abilities of enemy heroes for up to 4 seconds.

Silver Edge can make Legion Commander highly effective against durable tank heroes, such as Bristleback, and Spectre. Shadow Walk has a cooldown of 20 seconds and consumes 75 mana to be used. You can use Silver Edge to take down unsuspecting enemy heroes with Legion Commander to win more games in Dota 2. Legion Commander can help you earn more stars for the You Had Me at Dota Weekly Quest during Week 19. 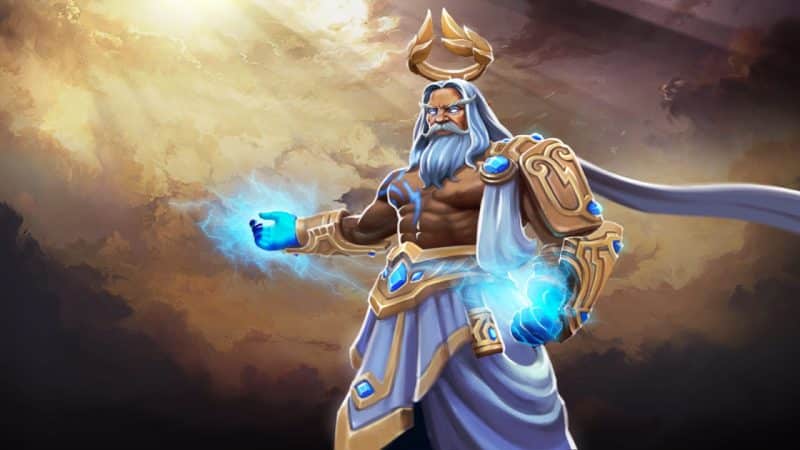 Zeus is an Intelligence hero who can kill enemies from incredibly far distances in Dota 2. The ranged hero can cast a number of spells to weaken enemy heroes during battles. He can deal massive amounts of damage to multiple opponents by nuking them with his skills.

The Intelligence hero has a projectile speed of 1100. Zeus can use Arc Lightning to deal 180 damage to more than 5 enemy units at a time. Arc Lighting has a cooldown of 1.6 seconds and consumes 95 mana in the game.

Zeus can cast Lightning Bolt to deal 350 damage to an enemy unit. Lightning Bolt provides True Sight on invisible heroes for up to 5 seconds in a radius of 750. It has a cast range of 850. Lightning Bolt has a cooldown of 6 seconds and requires 135 mana to be cast.

The ranged hero can use Heavenly Jump to launch himself forward. Heavenly Jump moves Zeus by a distance of 500 in the direction that he is facing. The ability will release a bolt of lightning that deals 100 damage to opponents.

Aether Lens is an item that can increase the mana pool of Zeus by 300 and his mana regeneration rate by 2.5. All items and skills of Zeus have their cast range increased by 225 by purchasing an Aether Lens for the Intelligence hero. You can upgrade Aether Lens to Octarine Core to reduce the cooldown of all his abilities by 25%. Aether Lens costs 2275 gold.

Zeus can heal allies by purchasing Guardian Greaves in Dota 2. The support hero can use Guardian Greaves to restore 350 health and 200 mana to his allies in the game. Zeus can easily help you earn more stars for the You Had Me at Dota Weekly Quest during Week 19.

You can buy an Arcane Blink for Zeus to prevent enemy heroes from fleeing battles. Arcane Blink costs 6800 gold in the game. Zeus gains 25 Intelligence by purchasing Arcane Blink. Zeus can teleport up to a distance of 1200 by using Arcane Blink during fights. All abilities of Zeus have their mana cost reduced by 25% for 6 seconds after blinking. It has a cooldown of 15 seconds.