Here’s a detailed guide on how to play Beastmaster in Dota 2 to win more Diretide matches with the Battle Pass 2022.

Diretide is the new seasonal game mode that can be played till January 12, 2023. Players can attack Greevils on the Diretide map to collect Taffy and score them in the enemy wells. Each team has 4 wells that they have to protect against Roshan and enemy heroes in the game.

Roshan will emerge out of his pit to destroy the well with the most Candy in it. People can wage war on each other and gather Taffy from Greevils to deposit in the enemy wells. Ride your mount to reach team fights faster and escape from Roshan in Diretide mode.

People can gain access to hot skins for their beloved heroes by leveling up with the Battle Pass 2022. The Draca Mane set for Huskar, the Distinguished Forgemaster set for Clockwerk, and the Howls of the Northmarch set for Anti-Mage are among the skins that can be added to your collection by earning additional battle points.

Take a look at these methods to help you play Beastmaster and win hundreds of games in Diretide mode.

How to Play Beastmaster in Diretide 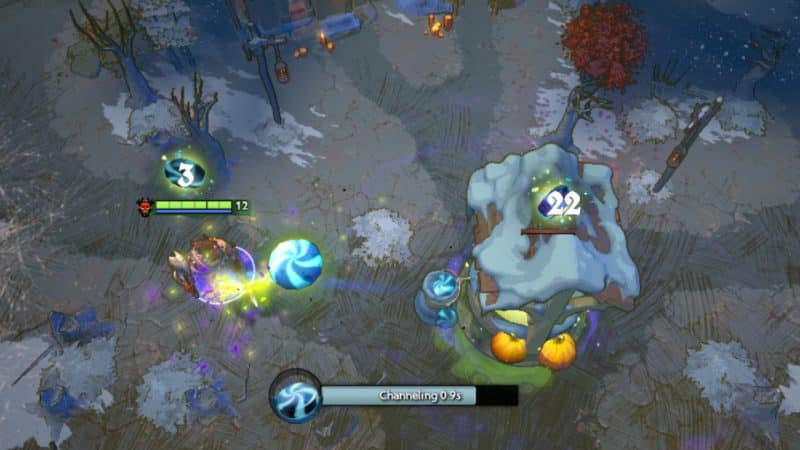 Beastmaster is a Strength hero who can use his abilities to collect tons of Taffy by attacking Greevils in Diretide matches. The melee hero can slow down his enemies and stun his opponents to interrupt them from scoring Taffy in your wells. Beastmaster can be a driving force to help you win Diretide games with the Battle Pass 2022.

Many people choose Beastmaster to initiate team fights in Dota 2. The Strength hero has a base movement speed of 305, allowing him to chase enemy heroes and kill them in battle. You’ll need to increase the mana pool of Beastmaster to enable him to cast his spells frequently in Diretide matches to collect Taffy and score them in enemy wells.

You can use Wild Axes to deal damage to multiple enemy units at once. All enemy units, including Greevils, neutral creeps, and enemy heroes take up to 130 damage per axe. The damage dealt by Wild Axes can be stacked for additional damage.

Wild Axes has a cast range of 1500. It has a cooldown of 8 seconds and consumes 65 mana in the game. You can use Wild Axes constantly to kill Greevils and gather Taffy around Roshan. Most people who prevail in Diretide mode use Wild Axes to distract Taffy Guardians, helping their teammates deposit Taffy in enemy wells without being attacked by Taffy Guardians.

Beastmaster can fight enemy heroes in Diretide matches by summoning a wild boar. The Strength hero can summon a wild boar by using Call of the Wild Boar. The controlled unit has 750 health and has an attack damage of 65. Physical attacks from the summoned wild boar decrease the movement speed of enemy units by 34% for up to 3 seconds.

You can use the wild boar to cripple enemy heroes while they attack Greevils in Diretide mode. The wild boar can last for up to 60 seconds. You can launch a few Wild Axes while enemy heroes are slowed by the wild boar to deal more damage. The damage dealt by Wild Axes can be stacked, weakening your opponents with each strike. Call of the Wild Boar has a cooldown of 30 seconds and requires 75 mana in the game.

The invisible hawk has 300 health and provides 900 vision around it in Diretide matches, helping allies track the movement of their enemies without being ambushed. Beastmaster can use the hawk to look for Greevils to collect more Taffy in each game. The hawk lasts for 60 seconds. Call of the Wild Hawk has a cooldown of 30 seconds and needs 30 mana to be used. 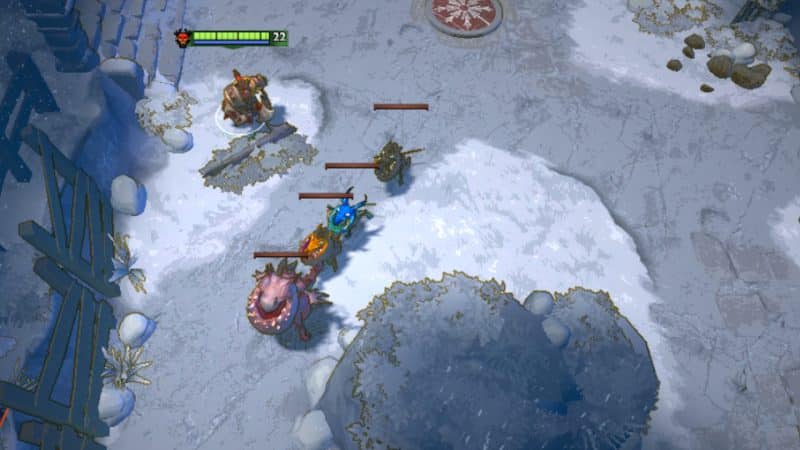 His ulti, Primal Roar, can be used to stun enemies in battles. Beastmaster can use Primal Roar to cancel channeling abilities and interrupt enemy heroes while they deposit Taffy in your wells. Enemy units who are stunned by Primal Roar will be disabled for 4 seconds, letting allies focus their attacks on the opponent for easy kills.

Items to Buy for Beastmaster in Diretide 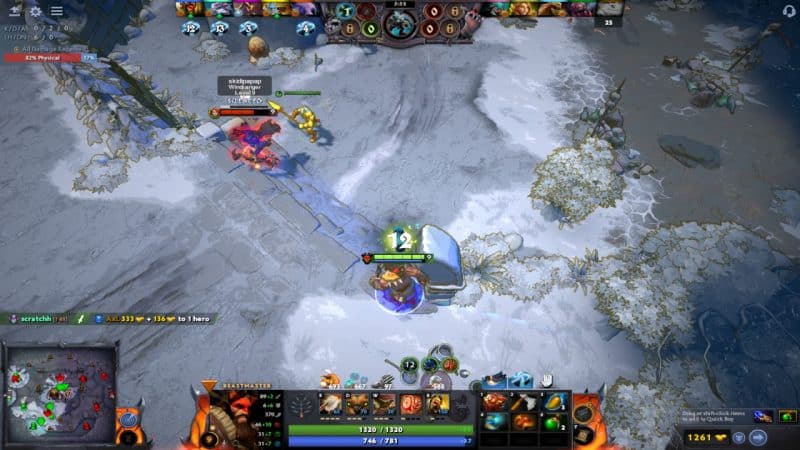 Beastmaster gains 20 movement speed, 6 armor, 5 Strength, 5 Agility, 5 Intelligence, and 1.75 mana regeneration by purchasing Solar Crest. The item costs 2625 gold in the game. Beastmaster can use the active ability, Shine, by equipping Solar Crest in his inventory.

You can cast Shine on enemy units and Taffy Guardians to remove 6 armor, reduce their attack speed by 50, and decrease their movement speed by 10%. The effects of Shine last for up to 12 seconds. Beastmaster can use Shine on allies to increase their armor by 6, providing a bonus attack speed of 50, and a movement speed bonus of 10% for 12 seconds. 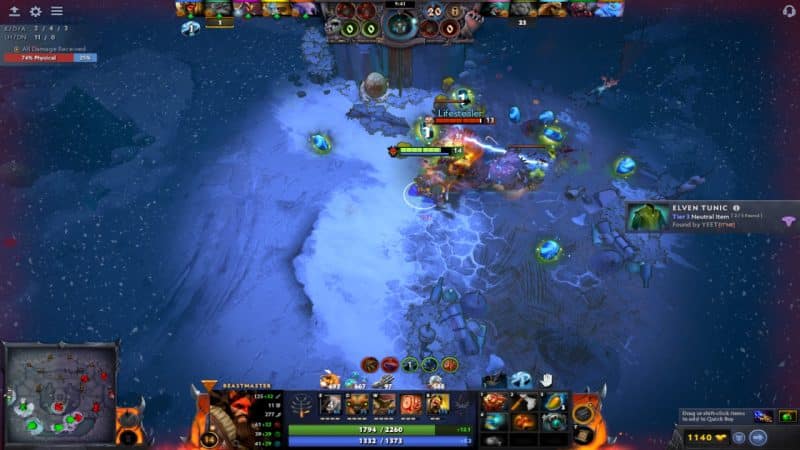 Eye of Skadi provides 220 health, 220 mana, 22 Strength, 22 Agility, and 22 Intelligence to the Strength hero. Melee attacks from Beastmaster can slow the movement speed and attack speed of enemies with each hit while Eye of Skadi is equipped. You can buy an Eye of Skadi for 5300 gold. The bonus attack speed gained from Inner Beast can help Beastmaster dominate Diretide games with Eye of Skadi as his primary item.

Best Allies for Beastmaster in Diretide

Alchemist is a Strength hero who can deal damage to multiple enemy units using his spells. The melee hero can cast Acid Spray on the Diretide map to kill many Greevils within seconds. Acid Spray will make Greevils drop dozens of Taffy that can be collected by Beastmaster in Diretide matches.

The Strength hero can deal up to 35 damage per second (DPS) to enemy units by using Acid Spray. Enemies affected by Acid Spray have their armor reduced by 7. Acid Spray lasts for up to 16 seconds and affects a radius of 625. It has a cooldown of 22 seconds and consumes 130 mana.

Teammates can use Alchemist’s ulti, Chemical Rage, to reduce their base attack time. Chemical Rage increases the movement speed by 60 and health regeneration rate by 100 of Alchemist for 30 seconds. It has a cooldown of 60 seconds and requires 100 mana. Chemical Rage can help Alchemist destroy Taffy Guardians without taking considerable damage in Diretide games.

Clockwerk is a melee hero who can use his abilities to gain vision of enemy heroes and Greevils. The Strength hero can team up with Beastmaster to collect loads of Taffy from Greevils in Diretide mode.

Allies can use Rocket Flare several times throughout the game to find Greevils. Rocket Flare deals 200 damage to all enemy units in a radius of 600. It also provides vision of the area for up to 6 seconds.

Clockwerk can activate Battery Assault to stun enemy heroes and prevent them from scoring Taffy in your wells. Battery Assault deals 95 DPS for 10.5 seconds. It has a cooldown of 18 seconds and needs 90 mana to be used. Beastmaster can use Wild Axes to deal additional damage to enemy units while they are getting stunned by Battery Assault.