From the developers of Titanfall, Apex Legends released in early 2019. Now, many months later, it has been voted the “Best Multiplayer Game” at the 2019 Golden Joystick Awards. Charlie Hauser, Brand Strategy Director for Respawn Entertainment, the developers of the game, says winning the award “was unexpected, but widely appreciated.”

How We Got Here

This is not the first time Apex Legends has earned accolades and made headlines. Apex Legends broke all kinds of records following its February 4th, 2019 release. Just 8 hours after releasing to the public, Apex Legends had surpassed 1 million unique players. 4 weeks in, 50 million gamers had played Apex Legends. This smashed the previous record held by Fortnite of 16 weeks to reach 50 million players. It’s safe to say that the hype and excitement around Apex Legends was enormous and something not even the developers themselves expected.

Where did all this hype come from? Most Apex Legends players will admit that they had never heard of the game up until maybe a couple of days before release. This was intentional. Respawn knew they needed an “outside the box” approach to the marketing process for their new game.

Apex Legends line producer Drew McCoy explained, “we're doing a free to play game, with essentially loot boxes, after we were bought by EA, and it's not Titanfall 3. It's the perfect recipe for a marketing plan to go awry, so why have that – let's just ship the game and let players play.” Respawn knew that marketing the game prior to release would likely result in backlash and negative criticism before anyone even played the game. They decided instead to simply release the game and let the players decide for themselves. While releasing a game with essentially zero marketing is certainly unusual, in hindsight, it was the correct decision.

During a time where battle royale games were flooding the market, Apex Legends stood out through its remarkably smooth gameplay and use of “Legend” characters, similar to heroes in Overwatch. Apex Legends provided an alternative to the immensely popular Fortnite. Despite its popularity, not all gamers were fans of the third-person POV, cartoonish graphics and building focused characteristics of Fortnite. Apex Legends is a first-person battle royale with realistic graphics and more of a focus on gunplay. Apex Legends appealed to a different demographic of gamers.

Thank you, Legends. We wouldn't be here without you and are truly honored. ? https://t.co/1ztyD7FXp9

As with any game, Apex Legends’ hype has inevitably slowed a bit since its monumental release. However, winning the award for “Best Multiplayer Game” is a testament to its lasting power. This was an award voted on by fans themselves. Winning is proof that Apex Legends is still well and thriving.

The list of nominees for “Best Multiplayer Game of 2019” included:

The Dark Pictures: Man of Medan

Respawn Entertainment is still shocked by Apex Legends’ rapid success. “It's hard to imagine so much has happened in this amount of time,” Hauser told GamesRadar, referring to the ten-month period between Apex Legends' launch and it winning the “Best Multiplayer Game” award.

This is just the beginning for Apex Legends. It is only Season 3 and Respawn continues to provide players with new content, free of charge. Season 3 has already brought with it a new map, a new legend and the addition of a limited time Duos mode. Stayed tuned here at ESTNN to find out the next time Apex Legends wins an award or shatters a record. 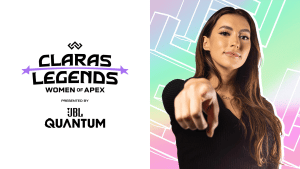 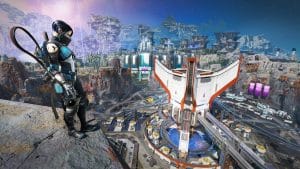 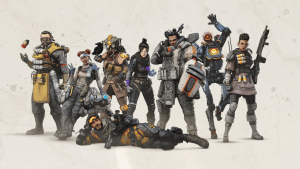