Why are Professional Players Quitting Fortnite? 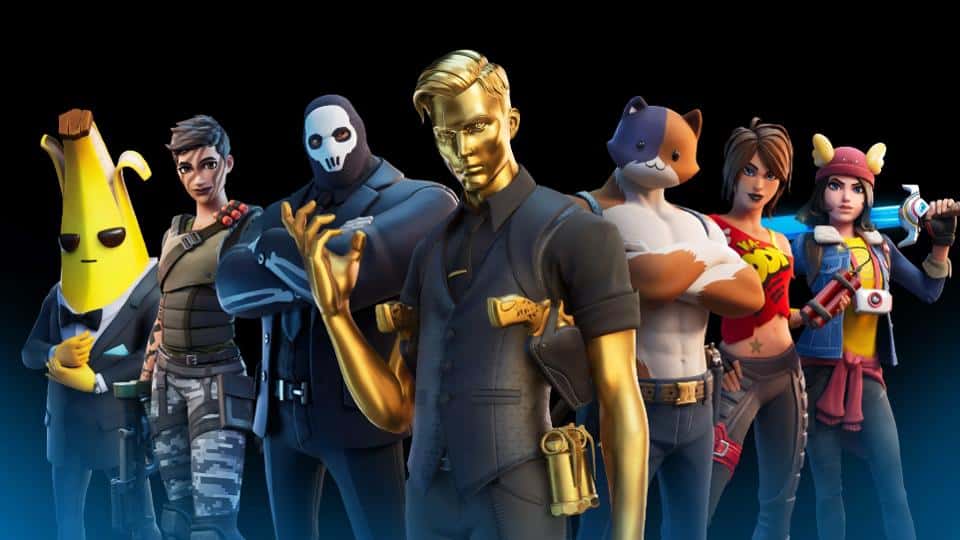 A worrying trend is happening in the professional Fortnite scene.

There's a trend developing in competitive Fortnite that is garnering attention across social media. Professional players are retiring from the one time beloved Battle Royale title at a surprising rate. It's strange considering where Fortnite was less than a year ago. The Fortnite World Cup brought unfamiliar eyes to the competitive Fortnite realm, and it reached peak popularity. Several million people watched as Epic Games handed out $15M USD to players skilled enough to qualify. Since then, the hype is seemingly at an all-time low, as is the morale in the competitive community. Players are bowing out left and right, and there are a few reasons as to why.

Dylan "Dmo" Moore is one of the more prominent players in recent times to retire from competitive Fortnite. Formerly of Ghost Gaming, Dmo quietly left the organization and participated in only a handful of tournaments as of late. He released a Twitlonger detailing his reasons for leaving.

"For the most part it had to do with what the game is competitively. Throughout my career there is only one tournament that I played that wasn't a complete joke (secret skirimish) with the amount of lag that is still plaguing competitive to this day. This problem basically led me to start to dislike the game, which ended up me completely losing motivation to play."

It feels as though a lot of players think similar to Dmo, in that, Fortnite can't seem to function competitively. High-level tournaments suffer severe lag, instability and a level of unpredictability that's difficult to overcome. Not only are players competing against the best in the world, but they are also competing against Fortnite. Chapter 2 Season 2 elevated this fact to the next level.

Some of these issues include builds not deploying, players phasing through builds, heals glitching out and boat glitches that cause unintentional self eliminations. All of those factors are difficult for players to deal with, as are the leaderboard issues, game crashes and when players do not load into a tournament match. Players like Dmo and many others fail to see the value in Fortnite and start to lose interest over time.

The passion isn’t there anymore

Fortnite released on July 25th of 2017 and exploded like no game before or after it. People across the world installed Epic Games' take on the Battle Royale genre and loved it from the beginning. Fortnite's rise on platforms such as YouTube and Twitch directly correlated to the explosion of internet personalities like Turner "Tfue" Tenney and Tyler "Ninja" Blevins. It's difficult to surmise exactly why Fortnite's popularity seems to be dying down, but most games end up on a similar track.

Nearly three years is a long time for really any game to maintain a steady fanbase and undying support. Some outlying titles include League of Legends and Counter-Strike from a competitive and casual standpoint. Chapter 2 Season 1 was the longest season to date, running for four months without any significant changes. Fortnite then transitioned to Chapter 2 Season 2 and was met with a negative response mostly from the competitive community due to the presence of mythic weapons, C4 and heavy snipers above all else. SpaceLyon of the Sentinels esports organization recently announced that he is quitting Fortnite after beginning his competitive career back in the Summer Skirmish days of 2018.

Fortnite is in a weird spot, and the Twitter-verse seems to think the game is slowly dying out. Call of Duty's newest Battle Royale known as Warzone is taking a bit of the steam off of Fortnite too. We saw the same with APEX Legends, but Fortnite seems to prevail no matter the competition. Yes, players are undoubtedly losing interest over time, but that's an inevitable natural progression.

Competitive players have been fighting an uphill battle on and off with Epic Games for the majority of Fortnite's life. The developers have never been shy about adding overpowered weapons to the competitive loot pool which unbalance the game significantly. In its current state, the previously mentioned mythic weapons are a point of contention. These mythic weapons inflict an insane amount of damage, which can be difficult to mitigate if you're on the receiving end. C4 and heavy snipers also came back to Fortnite in Chapter 2 Season 2 and professional players were up in arms about these additions. C4 has since changed to only one per stack and heavy snipers seem to spawn less, but there's no real willingness on Epics' side to separate loot pools to make the game fairer.

The lack of communication also plays into the competitive landscape in Fortnite. Until a week ago, professional players and organizations had not even an inkling of what was on the horizon. Rumors surfaced about a second Fortnite World Cup, but we can safely assume that we will not see one this year due to the COVID-19 pandemic. We are now in the middle of another Fortnite Champion Series that will last until April, and players also have Daily Duo Cups and weekly Cash Cups to occupy their time.

Still, communication from Epic Games is nonexistent at times. We aren't sure what is next after the Duos Fortnite Champion Series. However, Epic Games did state in a recent blog post, "In addition to the new Season, expect to hear more from us soon on our evolving 2020 competitive roadmap." Hopefully, they will turn a new leaf and keep players in the know on their future for some semblance of security.

Esports organizations in coordination with players are often the driving force in competitive gaming. Even casual gamers will recognize organizations such as 100 Thieves and FaZe Clan. Certain brands transcend esports but still ground themselves in this stratosphere. Epic Games has never really worked well with these organizations in the past. Most notably at the Fortnite World Cup, where a particular dress code forbade players from sporting organizational logos for the brands they represent. The rules stated,

"Notwithstanding the foregoing and for the avoidance of doubt, players may only wear a maximum of three (3) Commercial Identifications in the aggregate across all apparel items."

Multiple organizations are still involved in Fortnite due to its popularity. However, the only real benefit is to represent individual players. Other esports titles like Rainbow Six: Siege offer full cooperation with organizations, including their logos, jerseys and even integrating their brands into the game itself. It would be nice if Epic Games agreed to sell themed skins for FaZe and 100 Thieves in their game.

Guys we still massively believe in the potential of Fortnite competitive. But I'm not sure Epic always feels the same way. We speak with all publishers, work with them on driving esports. Epic doesnt feel it needs us. We're here, open, & ready to help drive @FortniteGame. Use us.

From a professional player's perspective, the current landscape makes it much more difficult to find an organization to represent. FNATIC is only one of the many esports names that have withdrawn from Fortnite due to a lack of support from the developers. Player contracts are expiring and the value in Fortnite Esports is dwindling significantly. Lazarus Esports is another organization that quietly released its entire Fortnite roster and made almost no mention of it. As organizations bow out of Fortnite competitively, player's can only rely on prize money and stream revenue to keep the engine running. We can safely say that another significant LAN tournament will pique the interest of these esports organizations, but there is no guarantee due to the ongoing pandemic.

Players will continue to leave competitive Fortnite, that is a fact. Many cannot continue to justify competing when it is costing, not earning them money. For a lesser-known player, it's difficult to gain recognition in a sea of talented young players. Game performance is less than ideal at this point, and it is all leading players to call it quits. If you're not enjoying something, you probably shouldn't continue putting time and effort into it.

A lot of players are losing their passion for competing, given the trend of Fortnite. Some still enjoy it, others have sponsors and proven talent, and the best of the best have the drive to compete and rise through the rankings. With other promising titles on the horizon, we may see Fortnite lose more steam, but it's still a massive game in the grand scheme of things. With some improved game performance, better communication and openness with the competitive community, Fortnite can maintain its player base.