The LEC action keeps on going in week four. With only one team left unbeaten, can Rogue maintain their lead at the top?

We've had three great weeks of LEC action. Day one saw Rogue maintain their unbeaten run at the top, while Astralis failed once again to pick up a win. Fnatic beat MAD as they looked to recover from a disappointing showing last week. The final game of the day will see Rogue face off against G2 Esports, as Rogue looks to remain unbeaten heading into the final week of the first round-robin. 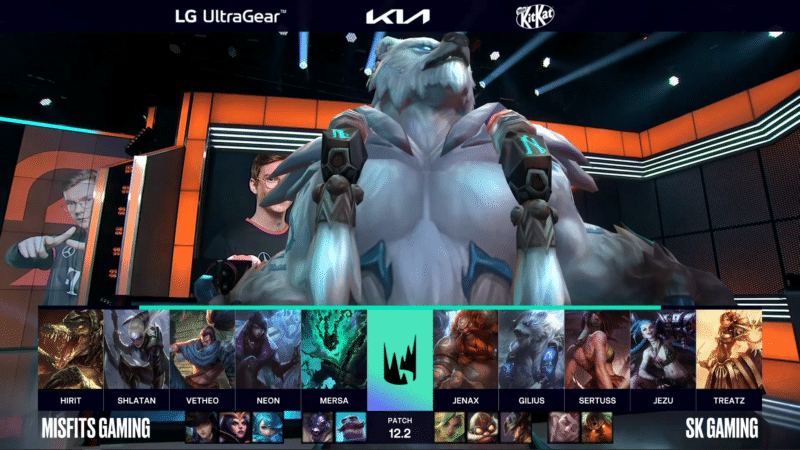 First blood went to SK, though the kill was instantly traded back to Misfits. SK kept up the pressure as they found themselves in a surprise 1.5k lead early as Misfits failed to deal with them. Misfits finally came into the game via a team fight win. They took down all five members of SK as Misfits moved into a 3k lead. The domination of Misfits was well and truly underway. With Baron in play, they picked up another ace, with four more kills going over to Vetheo on the Yasuo.

Misfits moved to 8k ahead. SK forced a pick onto an exposed member of Misfits, and it started perfectly but ended 4-for-3 in Misfits favor. Despite that, SK did remain in the game for now, as the second Baron spawned on the map. Delaying it is all they managed to do, however, as Misfits sealed the victory. With that win, they ensure they leave the first round-robin with a positive record. 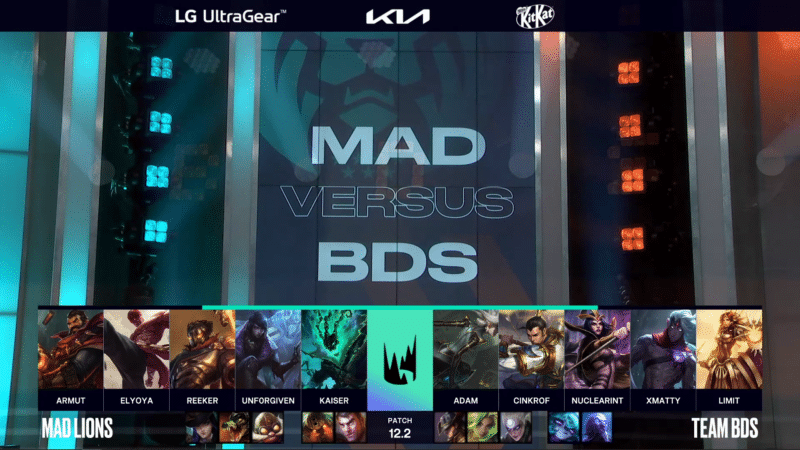 First blood over to MAD, who traded 2-for-1 overall in the trade. By 12-minutes, the game had calmed down, with MAD just 1k ahead. The first team fight of the game went the way of BDS, as MAD looked shell-shocked. MAD managed to salvage a few kills towards the end. Despite that poor end to the fight, BDS had flipped the gold lead in their favor. BDS once again found a favorable fight, winning it 4-for-1 overall. BDS used the opportunity to move to the Baron as they secured it and moved 4k ahead. The next fight would go the way of MAD after an over-commit on the part of BDS saw them lose the fight 3-for-1.

MAD just about managed to get a Baron off the back of the play. BDS attempted to stop them but they failed in multiple engagements as they lost three more members. With 36-minutes on the clock, the gold was even and the game was all to play for. A third Baron was stolen away by MAD, with BDS completely unaware that it was being taken. BDS did manage to turn it into a Dragon Soul but MAD got stuck chasing BDS members and not using their buff. MAD found the fight that won them the match, as they secured a positive score going into the second half of the Spring Split. 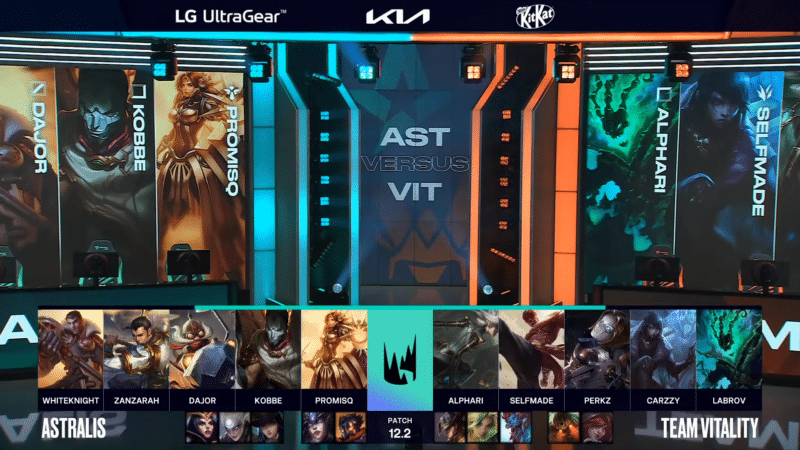 It's the first blood for Astralis on the top side, with a 2-for-1 fight going their way in the fight. Astralis had managed to carve out a 2k lead by the 10-minute mark. Vitality continued to get picked off across the Rift, as Astralis managed to extend their lead to 4k. Vitality finally looked to have a play go their way, only for Astralis to once again come through it and claim the team fight victory.

It's a massive Baron steal for Vitality, when the game looked to be getting away from them Astralis blow a 50/50. Despite that, Vitality couldn't reduce the gold lead enough. The next team fight is once again a victory for Astralis, as they go 3-for-1. Vitality finally won a major team fight, with Astralis having victory in their grasp, Vitality looked to have done enough. Having been 8k ahead at one point in the match, Astralis had once again failed to pick up a victory in the LEC. 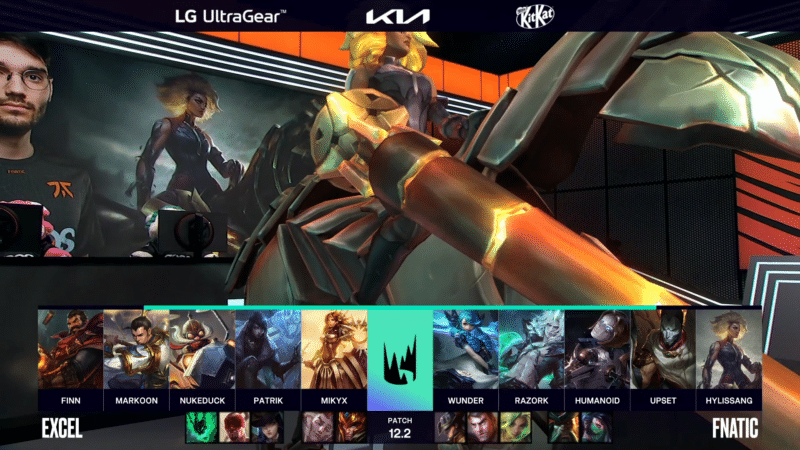 Excel picked up the first blood but it's traded back moments later in the bot side. They were able to get an important double kill at the 10-minute mark, though in the extended fight it ended up being a 3-for-3 as the gold remained even. Fnatic had carved out a 2k lead by 14-minutes, with better map play across the Rift. Excel had recovered their early lead, with 22-minutes on the clock they were now 1k ahead as the match was tightly poised. Excel won a momentum-building fight at the Drake, taking down four members of Fnatic while losing just one. They were then able to secure Baron and a 4k lead.

With Baron, Excel secured two inhibitors, though Fnatic picked up two objective bounties, nullifying a lot of Excel's gains. Excel finally found a way to end the series as they pulled off an upset against Fnatic. It's also their first-ever win against them in the LEC. 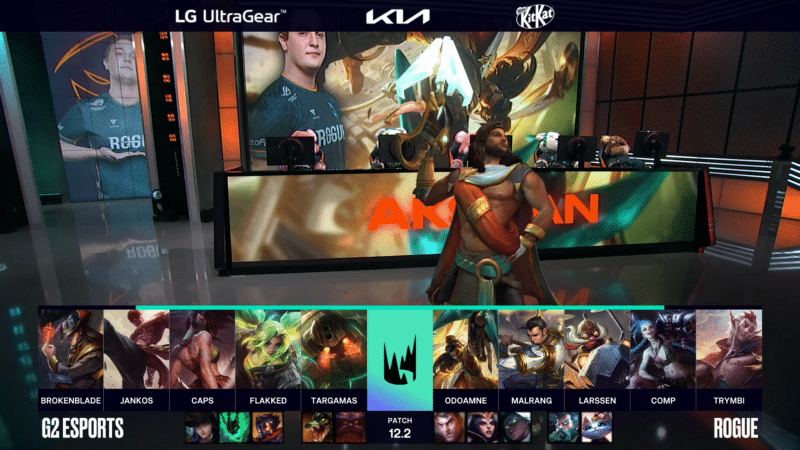 It took 10-minutes for it to finally happen but Rogue were the ones to get it. Rogue snowballed the early lead into the mid-game, moving to 2k ahead as they looked to control the match. There's a fight around the Rift Herald, it's claimed by G2 but they lost two members for it. Rogue then looked to dive G2, as they picked up three more kills and a tower. It moved Rogue to 6k ahead as G2 looks lost. G2 thought they'd found a pick onto recalling members of Rogue but they hadn't. Rogue turns it and takes down four members of G2 and claims a Baron. Rogue were able to win the game off the back of it, taking down G2 is just shy of 25-minutes. With the win, Rogue ends the first half of the split unbeaten as they march forward for a LEC title.