TNC.Predator fans can rest easy now, as Carlo “Kuku” Palad, the teams offlaner is set to make his return to the roster. Just in time for the regional qualifiers of DreamLeague Season 11.

Kuku was banned from playing in the Chongqing Major by Valve late last year due to what was perceived as racist commentary by fans during a public game.

Ryo “ryOyr” Hasegawa served as Kuku’s stand-in during the Major, and TNC Predator ended up placing 9th-12th after losing to Liquid in the lower-bracket preliminaries.

The Kuku controversy began late last year in November after Kuku sent the phrase “ching chong” in chat during a pub match. The comments sparked outrage from many Chinese fans.

The resulting drama, and the way TNC Predator handled the backlash, only added more fuel to the fire; with team manager, Paulo Sy, attempting to cover up the issue. A decision he has since apologized for.

Initially, TNC.Predator punished Kuku by docking 50% of his earnings from the Kuala Lumpur Major. While Sy donated half a month’s wages to an anti-racism organization. Still, this was not enough to appease Chinese fans, who took to Valve’s dota 2 page on steam to demand the company take action.

Trash talking opponents is a common part of player interactions within online games, and Dota 2 is no stranger to racist language or derogatory slurs, with pro players coming under fire for similar behavior in the past. But Kuku’s ban is the first incident where Valve has stepped in to hold a player accountable for their actions in a public match.

MORE FROM ESTNN
Dota 2: Valve Teases Marci As The Game’s Next New Hero

On December 3rd Valve issued a statement through their blog explaining their decision. Despite playing with the team throughout the qualifiers, Kuku was barred from attending the event.

TNC Predator received also received a 20% DPC point penalty as a repercussion for the incident. A move that will make it difficult for the team to receive a direct invite to The International later this year. Speculation swirled at the time the ban was first announced as fan’s questioned whether it would also affect Kuku’s ability to play in TI9, set to be held in Shanghai.

This speculation seems to have been unfounded, as now with Chongqing behind them, TNC has welcomed Kuku back into the active roster. The timing couldn’t be better either, with the team about to face off against fellow SEA pro teams, including Mineski and Fnatic, in the DreamLeague 11 regional qualifiers.

Qualifiers begin on February 1st  with 8 teams from the SEA region battling it out for a spot in the finals. Will TNC Predator make it into the top two? Only time will tell.  But you don't have to miss any of the action! The series will be streaming live on DreamLeagues’ twitch channel. 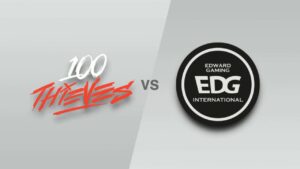