Interview with Gen.G’s Huynh: Adapting to Change, Facing Immortals, and the Future of GenG Valorant ESTNN got the chance to catch up with Gen.G's Danny “Huynh” Huynh days before the final North America Ignition Series tournament.

Huynh is a former CS: GO player turned Valorant player that is proficient with the Operator. The Canadian sniper played CS: GO competitively for three years before making the switch to Valorant in May. “When we heard Valorant was coming out, all the French Canadian players in my group were going to try it. I saw the first gameplay trailer of Valorant that came out, and there was an ice wall and stuff like that, and I wasn’t sure if I was going to like it. It didn’t catch my attention at first sight. When the closed beta came out, and we could get keys from streams, all my friends got keys on the first or second day. We all tried it out, and I got hooked on the game, and I enjoyed playing it. That’s when we said we would put all our time into the game and compete and try to be the best.”

More than a few professional Valorant players were put off by the idea of abilities, drawing more comparisons to Overwatch than Counter-Strike. The original promotional materials did not help this perception, and it wasn’t until many got their hands on the game that it began to develop its own identity. “I feel like the 5v5 fps is more like CS: GO, but the abilities are more like Overwatch. At the end of the day, you still have to shoot people and kill them. It’s a 5v5 shoot the enemy plant the bomb fundamentals that come from CS. I think that’s why a lot of top-tier teams have more professional CS players than Overwatch players.”

How have you been adapting to Valorant and developing your style of play?

“To be honest, it’s been pretty easy since I come from CS: GO. I was just playing a new game, in the same manner, which helped me adapt quickly. I just needed to learn all the abilities and agents. My playstyle as been the same as CS: GO, except I’ve learned a few things from Scrims and Ranked.”

What aspects of Valorant do you enjoy the most?

“I like the fact that there is a lot of different agents and variation in comps that you can use. Every team can have a different comp and do different combos with abilities. That’s my favorites aspect of the game.”

What are some things you have had to adjust to?

“The agents mostly. In CS, all five players are the same, everyone has the same utility, but in Valorant it’s five different agents with each their own abilities. There’s a lot more teamwork required in Valorant than CS: GO.”

How do you feel about the current compositions of agents right now?

“I like it. It doesn’t feel like there is the same five agent meta; every team in every region is running quite different comps. Maybe some agents come back a lot, but every time we scrim other teams, they rarely have the same comp as us. I really like the way Valorant is played right now.”

Does having Michael “MkaeL” De Luca, Anthony “gMd” Guimond, and Loic “effys” Sauvageau on the team make it easier to switch over to Valorant professionally and compete?

“100%. It’s a lot easier since we have good chemistry, even with Keven “PLAYER1” Champagne, I haven’t played CS with him before, but when he joined the team we meshed really well together. We’re all good friends so everything is a lot easier. Doing server time and practicing is a lot easier for us, and everybody on the team is on good terms. I love all of them; they are all super talented players and friends.”

What was the biggest struggle for the team going up against Immortals in the FaZe Clan Invitational?

I gotta give huge props to Immortals; I feel like their coaching staff is super on it. They prepare well for their matches. I know that they watch a lot of how we play, and they were very prepared. They understood our tendencies and knew how we played. That is a team that if they are hitting their shots, and if they are on point on that day, there isn’t much you can do against them. I feel like that is what happened; they hit more shots and were well prepared, which is why we were struggling so much against them.

How do you plan on dealing with them in the Pop Flash tournament?

“We are changing comps, our Bind; we were running the same comp on Bind for a while now. I think a lot of teams have watched how we play and what our tendencies are and how we play the map. It used to be our best map, but it’s been kind of rough lately. That’s why we decided to start shaking things up, changing comps, changing setups, just switching up a lot so that we are less predictable. We’ve been putting me on Jett every map now, and that has been helping me a lot. I enjoy playing her more than Sova.”

What is it about Jett that sticks with you?

I feel like the mobility; when you are an OP’er, you need to claim first blood in the round. I feel like with agents like Sova, you don’t have that mobility, and it is harder to fall back or pull off the riskier plays. You get punished a lot easier if you play an agent without movement, so I like to play for picks and dash away. Her daggers are great for eco rounds, and I can still feel very impactful and win a lot of rounds.

Any teams looking forward to playing in Pop Flash? 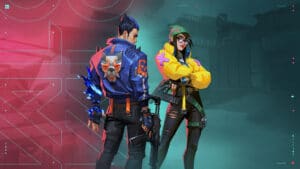 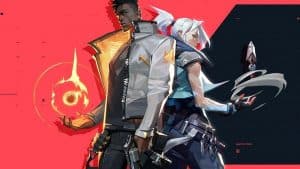